AND HOW ARE YOU, DR. SACKS?
A Biographical Memoir of Oliver Sacks
By Lawrence Weschler

During his final months, as he was dying of cancer in 2015, Oliver Sacks gave Lawrence Weschler a spectacular gift that may also have been a terrible curse. Three decades earlier, as a young staff writer at The New Yorker, Weschler had spent several awe-struck years at Sacks’s side. He planned to write a profile, to be followed by a full-fledged biography of the idiosyncratic, visionary and literary neurologist. Sacks wasn’t yet famous, but his second book, “Awakenings” — about a set of patients, lifelong victims of a neural malady that left them entombed within immobilized bodies, incapable of communicating, but mentally vibrant — had been lauded by the likes of W. H . Auden and Frank Kermode. Then, just as Weschler finished organizing his nearly endless notes and transcripts — with an index that ran more than 250 pages — and was set to begin writing, Sacks forbade any mention of his homosexuality, though he had told his would-be biographer about his closeted yearnings and crippled attempts at love.

Without pointing to Sacks’s thwarted sexuality, Weschler felt he couldn’t explain the doctor’s unique sensitivity to the neurologically thwarted lives of his patients; he was forced to shelve his years of work. He sublimated a biographer’s ambitions, settling for decades of adoring friendship. But in the end, with melanoma metastasizing in his liver, Sacks “not only authorized me to return to that long-suspended project,” Weschler writes at the outset of “And How Are You, Dr. Sacks?” “He positively ordered me to do so. ‘Now,’ he said, ‘do it! You have to.’”

The problem, though, the curse perhaps lurking within the bequest, was that in the intervening years Sacks had published not one but two memoirs, with an exhaustive range of anecdotes, full of enchantment and anguish, covering everything from his all-consuming childhood obsession with the properties of metals to the abuse he endured at boarding school to his feeling, amphibian-like, more at home in water than on land to his mother’s reaction when she discovered his sexual orientation. “You are an abomination,” Sacks recounted her telling him when he was 18. “I wish you had never been born.” Nor had Sacks kept anything hidden. He described his first orgasm — reached spontaneously while floating in a swimming pool — and, in deft yet fairly pornographic detail, an agonized, inadvertent climax experienced much later while giving a massage to a man who shunned Sacks’s love.

The scientific beginnings, the oddity, the shame, the isolation, the compassion for and insight into patients far more unusual and isolated — it was all there in the memoirs. What had Sacks left to Weschler? What did his gift, his command, amount to beyond the dying wish of a magnificent and, by some accounts, paradoxically self-effacing and narcissistic doctor to have yet another book, beyond the 13 he himself had written (three more would come posthumously), to help ensure his immortality? 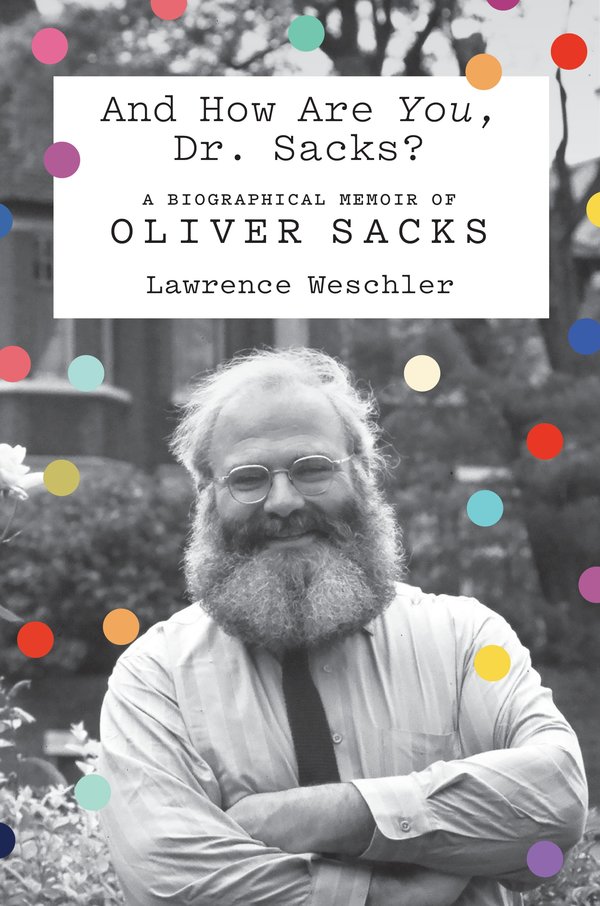 Numberless biographies, of course, have been written about people who also told their own stories; all that’s needed is perspective. And sections of this book do provide striking glimpses into a remarkable life. Weschler resurrects the interviews he did in the early ’80s with Sacks’s friends and colleagues, and with Sacks himself, who illuminates his insistence not merely on the humanity of patients who suffered everything from extreme Tourette’s to severe amnesia, but also on something spiritual within them. “William James,” Sacks tells Weschler about the philosopher known as the father of American psychology, “referred incessantly to ‘the soul’ in his conversation but banished the word from his physiology. … I want to give souls their innings.” A nurse — and nun — at one of the old-age homes where Sacks did rounds puts it more prosaically: “Everyone who reads his notes sees the patients differently, newly. … Most consultants’ notes are cut-and-dried, aimed at the problem with no sense of the person. … With him, the whole person becomes visible.”

Compellingly, Weschler intertwines Sacks’s searching empathy with his sheer strangeness. A colleague on the ward where Sacks met the “Awakenings” patients calls him “deeply eccentric” and describes him as “huge, a full beard, black leather jacket covering T-shirts riddled with holes, huge shoes, his trousers looking like they were going to slide off his body.” A friend from Sacks’s days as a medical resident remembers him as a “big, free-ranging animal” who one day “drank some blood … chasing it with milk. There was something about his need to cross taboos. Back in those days, in the early ’60s, he was heavily into drugs, downing whole handfuls of them, especially speed and LSD.” And, always interlaced, there is Sacks’s own irresistible voice, a concoction of humor and half-concealed torment. “I loved Eryops: clumsy amphibians out of water who took on grace and ease once back in it,” he says to Weschler, as they walk through a natural history museum Sacks visited often in his youth. “I used to have erotic fantasies of all sorts here, and by no means all human (hippos in the mud!).”

By the time Weschler writes of Sacks’s death, I found myself tearing up at the loss of this inspired creature. Yet I read “And How Are You, Dr. Sacks?” with an unshakable sense of missed opportunity. The feeling that the great majority of Weschler’s material has been rendered before — and with more artistic grace — by Sacks himself, in his autobiographies and accounts of treating his patients, could have been mitigated had Weschler chosen to examine topics that Sacks barely touches. As a writer, Weschler should have been intrigued by exactly how Sacks’s books were composed. He would turn in mammoth drafts and wind up publishing spare, elegant narratives; there seems to have been an editorial process along the lines of Gordon Lish’s sculpting of Raymond Carver’s stories. Weschler doesn’t linger on literary process. Nor does he focus on what must have been a crucial force in Sacks’s concern for the neurologically afflicted: an older brother’s schizophrenia. Sacks writes only briefly about his need “to get away from my tragic, hopeless, mismanaged brother”; Weschler might have made this sibling — and Sacks’s flight from him — central to his own explorations.

In his prologue, Weschler sets a high standard for himself when he writes that in his relationship with Sacks he was “a sort of Boswell to his Johnson.” There’s little to be gained by invoking a biography that some rank as the best ever written in English, particularly when this book lacks what Boswell had in his every spirited sentence: a distinctive voice. Weschler calls his book “a biographical memoir,” suggesting a special hybrid, an exciting convergence, an interplay of revelations about Sacks and the author. To fulfill this promise, Weschler would have needed to gaze inward, possibly to expose the kind of raw longing that runs throughout much of Sacks’s writing, nowhere more memorably than in “Awakenings,” when Sacks gives his frozen patients the drug L-dopa and they erupt into hunger, groping nurses and grunting over their food and desperate for love. Instead, Weschler keeps himself forever in check, quoting at length, deferentially, doggedly, from interview after interview, and relegating himself to an almost forgettable role.

Almost. Toward the book’s end, there’s an indelible scene. Weschler and Sacks have been friends for over 30 years, and Sacks is the beloved godfather of Weschler’s only child. Weschler and his now adult daughter go to Sacks’s home, where Sacks reads aloud to them — “marvelous passages,” Weschler tells us — from the manuscript of his second memoir, which encompasses the doctor’s adulthood. Then Sacks breaks off to say, without quite apologizing, that Weschler didn’t make it into the book, that “there just wasn’t room.”

It’s a crushing moment — or should be. But about his reaction, Weschler gives us only one notelike sentence: “No problem, I assured him, I didn’t care (and I didn’t, though later maybe I did, some, though then again, not so much — I don’t know).” I don’t know? There’s so much potential here, yet hurriedly and perhaps self-protectively Weschler returns to devotional mode, quoting from one of the farewell essays Sacks wrote as he waited to die. He prizes Sacks; that much is palpable. “Love you, Oliver, miss you every day” are the book’s final words. But an artful biography, as singular as Sacks’s own writing, lies beyond these reverent pages.

Daniel Bergner is a contributing writer for The New York Times Magazine. He is at work on a new book about how we conceptualize and treat mental illness.

AND HOW ARE YOU, DR. SACKS?
A Biographical Memoir of Oliver Sacks
By Lawrence Weschler
383 pp. Farrar, Straus & Giroux. $28.