There’s a spoiled little girl in “Big Sky,” the long-overdue fifth book in Kate Atkinson’s irresistible Jackson Brodie private eye series, who has a closet full of princess costumes. Her mother wants her to grow up in a fairy tale, the kind where toy unicorns belong. Atkinson sneaks this into “Big Sky” so casually that it doesn’t resonate until exactly when the author wants it to. That’s her M.O. in all the Brodie books, but it’s never worked better than it does in “Big Sky.”

That’s because Brodie’s past is by now very complicated. So Atkinson has a lot of bread crumbs to toss around. And her new book’s plot is crowded in its own right, which means that “Big Sky” — the first Brodie novel since 2010 — begins as a leisurely panorama of new characters, favorite old ones (like Reggie Chase, the teenage nanny and amateur sleuth from “When Will There Be Good News?,” now a full-fledged detective), vividly contrasting new settings (a bawdy nightclub, a snobbish golf course) and, finally, Brodie himself.

By some strange alchemy, Jackson Brodie is both the heart of these books and the least interesting character in them. Atkinson upstages him all the time. In “Big Sky,” he’s working a routine infidelity case on behalf of a suspicious wife (whose husband, it is discovered, has “indulged in bridled passion” with his girlfriend) when he stumbles onto something awful enough to subvert that little girl’s princess/unicorn fantasyland.

But he doesn’t do it alone and there’s a lot else going on here, all of it rendered with Atkinson’s vastly enjoyable nonchalance. When Brodie has to take care of Dido, the dog of Brodie’s ex-partner Julia, with whom he shares a son (it’s complicated) and Dido growls at some rowdy teenage boys, Brodie asks her: “Really? You and what wolf?” Reggie and her female teammate are so tough that they earn the nickname “the Kray Twins,” after two of Britain’s most notorious killers. 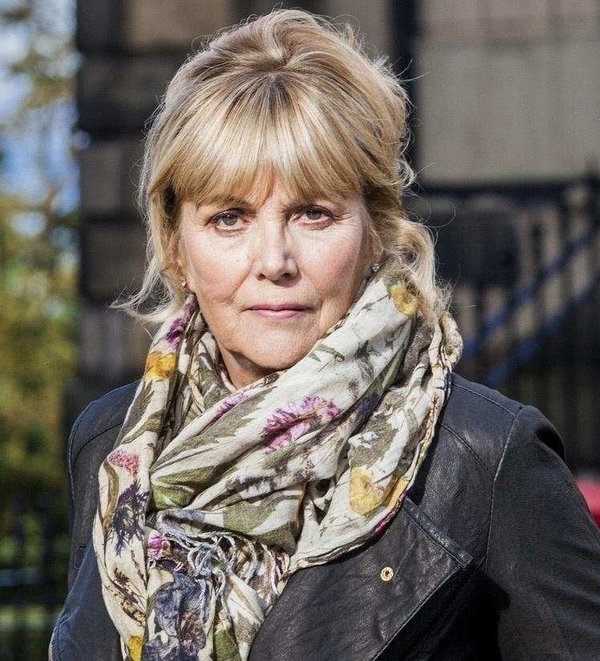 As Atkinson recently told The Guardian, “Big Sky” began as a screenplay with a female lead. Atkinson has said that she loves Netflix, attributes the same feeling to Brodie, and has had a previous Brodie book, “Case Histories,” adapted for PBS. It all shows. This book has a lot of drastic scene changes, is packed with minor characters and is in no hurry to get where it’s going.

But somehow Atkinson never seems to be treading water. As she introduces a crew of old buddies who gravitate toward the posh Belvedere Golf Club, she opens up a whole world of awful marriages, alarming betrayals and, in the case of the richest member of the group, a first wife who accidentally fell off a cliff before a second, trophy wife could be acquired. The other women in this circle tend to get very quiet when thinking about this.

Then there’s the early scene that establishes the plot: a scammy “businessman” who cons foreign women into coming to Yorkshire, where the book is set. We don’t know who he is or what he has to do with the rest of the story, but we know that human trafficking lies somewhere beneath the polite socializing with which Atkinson pairs it. It’s just a matter of time before she catalyzes Brodie, Reggie and the others to start tearing the scab off this thing.

There is no stray anything in “Big Sky.” That’s one big reason Atkinson’s devotees love her. No detail is too small to come home to roost; as with Tana French, with whom she is justly compared for writing mayhem-centric books that should not be regarded as genre fiction, it’s worth rereading the beginning once you’ve finished this novel just to see how well the author has manipulated you. Atkinson is also adept at weaving the mundane details of her characters’ lives (or perhaps her own) into the Brodie books as a way of humanizing them, despite the stark malevolence that lurks beneath this workaday surface.

Brodie has been assailed for his unenlightened attitudes about women. Let’s just say he’s a retired cop who’s maybe a little old school, maybe a lot. Atkinson seems so determined to counter that criticism that in this book she puts Harvey Weinstein’s name on a list right between Trotsky’s and Hitler’s. She also pits Brodie against pedophiles and sexual predators in a story that’s all too credible today. But she’s not about to rebuild him from the ground up; when stuck minding the teenage son he barely knows, he’s a lousy parent and not sorry about it. (To be fair, he does get better: Once he learns to use the word “wankers,” he has an easier time communicating with his son.) Brodie has been Atkinson’s most popular character for good reason. He was interestingly broken, so she hasn’t fixed him.

Atkinson opens “Big Sky” with one perfect page. It’s a bit of a red herring, but it couldn’t do a better job of throwing the reader off base and commanding instant interest. It’s a short chapter called “Eloping,” and if you have a way of looking at it, do. It’s a prime example of how Atkinson tells a great story, toys with expectations, deceives by omission, blows smoke and also writes like she’s your favorite friend. Thank goodness the long Jackson Brodie hiatus is over.