Two pages into “Hot Stew,” the second novel by Fiona Mozley, following “Elmet,” which was shortlisted for the Man Booker Prize, we follow the progress of a snail from a restaurant kitchen where it was shortly to be boiled, through an open door, to an alley and beyond. It’s an image, unfolding at a literal snail’s pace, that seems designed to troll the modern reader, her concentration dulled by scrolling. Eventually, the creature reaches a wall, where “flexing and releasing,” up it goes and the reader with it. As an introduction to the novel, I found it oddly, aggressively thrilling.

In different hands — a British male novelist of an earlier vintage, say — one can imagine this story going out under a more grandiose title: “Soho,” perhaps, or “London,” or, since a few scenes occur in Mozley’s native Yorkshire, even “England.” The “stew” of the title is Elizabethan slang for “brothel,” but while the novel is organized around a group of sex workers in central London, it aims for state-of-the-nation sweep. The sex workers, led by a woman named Precious, are fighting an eviction order brought by their landlady, an heiress named Agatha, and the action flips between the brothel, Agatha’s mansion and various dive pubs around Soho, newly gentrified but still a magnet for the city’s semi-destitute. By the end of the novel, all these worlds have come together. 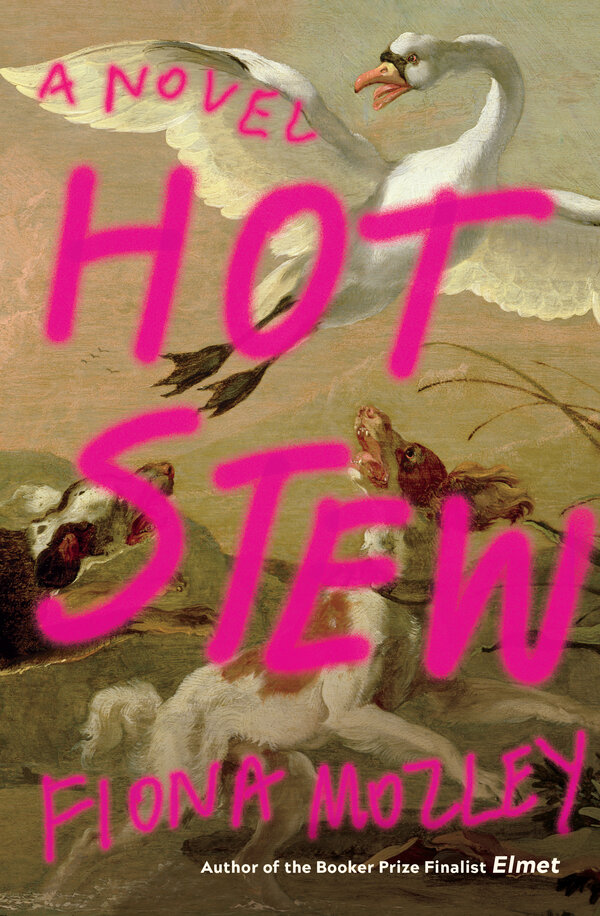 Mozley’s interest is in agency — specifically, how it cuts across class, a vibrant reboot of that ancient British hang-up, and its modern iteration, “authenticity.” While the brothel is picketed by liberals campaigning to “rescue” residents who don’t wish to be rescued, an actor named Lorenzo wins a role as a pimp in a “Game of Thrones”-type TV show, on which simulated rape is passed off by the producers as a way to “bear witness” and qualify as a feminist gesture. The lives of Precious and her fellow sex workers, Mozley suggests, are exploited to a far greater degree by TV executives, the capitalist greed of their landlady and a passing portrait photographer who tricks them into posing for her, than by the men who visit them after dark.

If there is something slightly pious about this (parts of the novel put me in mind of a line uttered by Jamie, the little sister of the heroine of Judy Blume’s “Forever”: “Hate and war are bad words, but f— isn’t”), it is still a neat way into a lot of idiocy and hypocrisy in modern life. There are some lovely observations. Mozley describes London at dusk via “the drawn, bending, sonorous beams of buses loping from stop to stop.” A woman with insomnia “flicks on and off like a faulty generator.” A character named Robert, formerly a violent thug, now one of the baffled alcoholics dithering around Soho, regards a woman and thinks, “as he often does whenever he sees Sheila or any woman he considers good and kind and honest but for whom he feels no sexual desire, that he ought to marry her.”

Occasionally the snail’s pace grinds to a halt. “Lorenzo is fond of houses: their interiors and exteriors,” Mozley writes, and, well, yes, that certainly covers the two sides of a house. There is a subplot about a guy called Bastian who went to Cambridge and changes girlfriends that might test the reader’s interest.

But the novel is so precise and granular in its evocation of London that it made me thoroughly homesick while reading it. And Mozley is very good on the degree to which circumstance shapes interior life. Contemplating Agatha’s father’s will, in which she is left a fortune, Mozley remarks that “the life the document set out for Agatha built her from the inside out.” And yet one is left with the impression that the women of this novel are in some profound way self-authored. “Desire,” Mozley observes, “is not about whether a body is drawn in curved or straight lines, but about the exchange of power.” Locating the sources of that power is her worthy mission.