There’s a saying often attributed to the novelist John Gardner that there are really only two stories: A Person Goes on a Journey or A Stranger Comes to Town.

Which is, of course, the same story, just turned inside out. It’s the story of movement; of migration, its trauma or license, its challenge to one’s premises and moral coordinates, life and livelihood. In her Nobel Prize lecture, Toni Morrison recounted a folktale found across many cultures. A group of children visit a wise old woman, a storyteller or griot. “Tell us what it is to have no home in this place,” they ask. “To be set adrift from the one you knew. What it is to live at the edge of towns that cannot bear your company.”

“The Penguin Book of Migration Literature,” edited by Dohra Ahmad, has the startling distinction of being the first global anthology of migration literature, according to its publisher. Previous such collections have been “origin-specific,” devoted to particular diasporas, Ahmad writes; her book offers the opportunity for global comparison across history and genre. It includes excerpts from classics by Phillis Wheatley, Sam Selvon, Edwidge Danticat (who also contributes the foreword), Salman Rushdie, Marjane Satrapi and Zadie Smith, along with younger writers like the Nigerian novelist Sefi Atta and the Sudanese-American poet Safia Elhillo.

The anthology was born out of Ahmad’s literature course at St. John’s University, and bears the clear if charmless structure of a seminar, complete with a recommended reading section. But her introduction is fiery and charismatic, almost outshining the pieces themselves. The book doesn’t exist to benignly bear witness or give voice but to dislodge the lazy, pernicious — and dominant — conceptions of migration, she writes, to tell a more truthful and sophisticated version than the linear narrative of departure, arrival and assimilation. These stories and poems push back against the fallacies that migration is always elective; that migrants are always keen to leave their home countries; that migration is one-way, and necessarily leads to a better fate.

Ahmad also seeks to refine and enlarge our definition of migrant literature. It is critical, she writes, to consider the perspectives of original inhabitants of “destination countries”: “native people whose land, cultures and economies bore the cost of these voluntary and forced arrivals” — Native Americans, Canadian First Nations people, Indigenous Australians. Oddly, however, she does not include their voices, although a few entries, including the poem “Ellis Island,” by Joseph Bruchac, acknowledge this history. Bruchac’s narrator recalls his Slovak grandparents arriving in America: “Only part of my blood loves that memory. / Another voice speaks / of native lands / within this nation. / Lands invaded / when the earth became owned.” 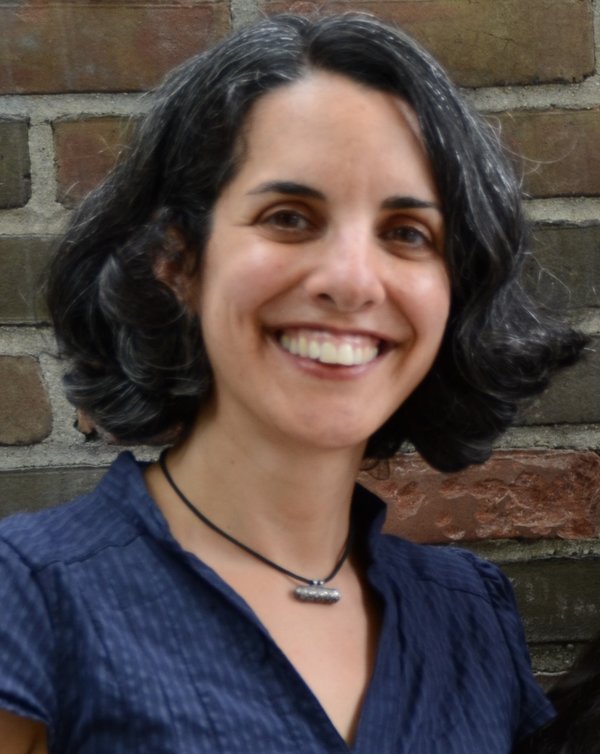 Ahmad also includes work inspired by “intranational” migration (occuring within the borders of a country) and stories about slavery, which are often left out of discussions of migration but necessary, she argues, for a full account of the movement of people through history, much of which has been involuntary, the consequences of enslavement, indentured labor, exile.

One out of every 30 people in the world is reportedly a migrant. This book encompasses the diversity of experience, with beautiful variations and stories that bicker back and forth. In Elhillo’s poem “Origin Stories (Reprise),” the narrator tells us she was born “carved up by borders,” but she is shown caught and cradled by the hands of her mother and grandmother. Against the fissures of migration stand the bonds of the women in her family.

Contrast that with the alienation in the excerpt from Paulette Ramsay’s novel “Aunt Jen.” A daughter writes home to her mother in Jamaica, after a long separation: “We would pass each other and not know that we are flesh and blood.” She tries to conjure her mother’s face but finds she cannot. “It’s like trying to see my own face in a dirty mirror.”

If there are mirrors, they can be found in the faces of other migrants — a common a point of overlap in the pieces that makes a brilliant case for the anthology itself. In the excerpt from Danticat’s short story “Children of the Sea,” a Haitian man on a boat to the United States writes to his beloved: “Since there are no mirrors, we look at each other’s faces to see just how frail and sick we are starting to look.”

For all their variety, many of the pieces sing in a similar key, in the note of orphanhood, of complicated longing. I found a phrase for this feeling not in this anthology but in the writing of the great Jamaican-born British scholar Stuart Hall (the only omission from the book that truly troubled me). “Nostalgia for what cannot be,” Hall once called the sound of Miles Davis’s trumpet — Davis, whose parents left Arkansas in an early wave of the Great Migration. This is the sound I hear — full of melancholy and hunger, but also deep pragmatism and wryness. It is a writing that has a way of looking you in the eye as if to say: This is a story without an ending; you will not be exempt for long.

“I hear them say, go home,” Warsan Shire writes in her poem “Conversations About Home (at the Deportation Center).” “All I can say is, I was once like you, the apathy, the pity, the ungrateful placement and now my home is the mouth of a shark, now my home is the barrel of a gun. I’ll see you on the other side.”