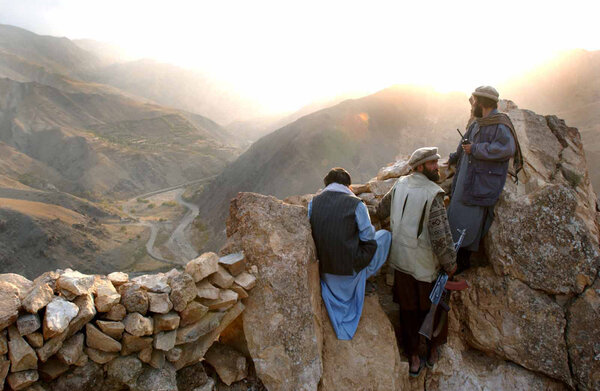 The Arrogance of Empire

In Fredrik Logevall’s review of two books on Afghanistan (Sept. 5), he notes that “both authors paint a picture of an American war effort that, after breathtaking early success, lost its way, never to recover.” The characterization of the United States’ post-9/11 attack on Afghanistan as a “breathtaking early success” was, to use a term later used in the review, “an illusion.”

The sad reality was, and is, that America never had any success in Afghanistan, breathtaking or otherwise. To suggest so is to succumb to the “false narrative of progress” that the U.S. government feeds its people about failing wars.

All that was accomplished after 9/11 was forcing the Taliban to retreat into the villages of Afghanistan and western Pakistan and wait us out. Which is what they did. Both authors are correct in concluding that no U.S. strategy would have produced a different result.

It is disconcerting to see so many U.S. presidents refuse to see the futility of “conquering” Afghanistan, because they have made no effort to understand Afghanistan, its society and its people. That is the arrogance of empire.

Katie Roiphe’s refreshing review of “Still Mad,” by Sandra M. Gilbert and Susan Gubar (Sept. 5), the authors of the 1979 classic “The Madwoman in the Attic,” immediately took me back to the mid-1980s, when I was being trained in graduate school by inspiring feminist professors. As I read Roiphe’s critical yet well-balanced assessment of Gilbert and Gubar’s understanding of feminist literary writing since the 1960s, I couldn’t help wondering: Where are the women of color? Is Audre Lorde the only nonwhite feminist author who stands out from the second half of the 20th century to now?

In a satisfying turn of events, however, as I continued with my Book Review Sunday reading, I was pleasantly surprised by Sandra Cisneros’s By the Book interview. As the Latina feminist that Cisneros is, she provides us with a long list of Mexican female writers — from Rosario Castellanos and Elena Poniatowska to Nellie Campobello and Elena Garro, among others — while eloquently reminding readers that “when the Latin American boom literature resounded in the United States, it was only the male voices that were heard.” I, a Mexican American male who was trained by feminist teachers both white and nonwhite, couldn’t agree more.

Together, the set of readings offer complementary critiques of patriarchy for a new generation of feminist thinkers — no matter the race, ethnicity or gender.

I was overjoyed to see Rosario Castellanos’s name in Cisneros’s By the Book interview. Her story “The Wheel of Hunger” remains one of the most powerful, urgent and cleareyed narratives about the problematic, ambiguous relationship between Indigenous people and well-meaning colonialists (for lack of a better word).

How many times I have pressed this story into the hands of writer friends, saying: “Please, if you care about world literature, read this.”

It may seem nitpicky to complain about a single term in Meena Kandasamy’s thoughtful and eloquent review of Leila Slimani’s “In the Country of Others” (Sept. 5), but the concept of a “double bind” is important enough that I hate to see its meaning blurred by what we linguists call “semantic bleaching.”

When a Frenchwoman moves with her Moroccan husband to his home country and finds herself subjugated by his power to enforce “how things are here,” she isn’t facing “a double bind of hierarchy and shame.” It is, perhaps, a double whammy: The hierarchy that subjugates her also shames her.

A woman in a double bind, as the concept was defined by its originator, Gregory Bateson, is subject to mutually exclusive requirements: Anything she does to fulfill one violates the other. Thus, a woman running for public office, like all women in positions of authority, is required to be a good leader and also a good woman. But the qualities expected of a good leader (be forceful, confident and, at times, angry) are at odds with those expected of a good woman (be gentle, self-deprecating and emotional, but never angry).