Former Bishop of Edinburgh and author Richard Holloway, 86, reveals he has returned to Christianity after becoming agnostic because he believes the message of Jesus ‘can make a difference’ in world affairs

STORIES WE TELL OURSELVES

How does a child begin to understand the stars, the menace of thunder — or the death of a grandparent? How can any of us explain human cruelty and can anything help us come to terms with suffering?

Who can teach us how to live? Such questions are part of the mysteries we meet the moment we leave our mother’s womb and enter a puzzling world. Such mysteries have, since the beginning, inspired stories. 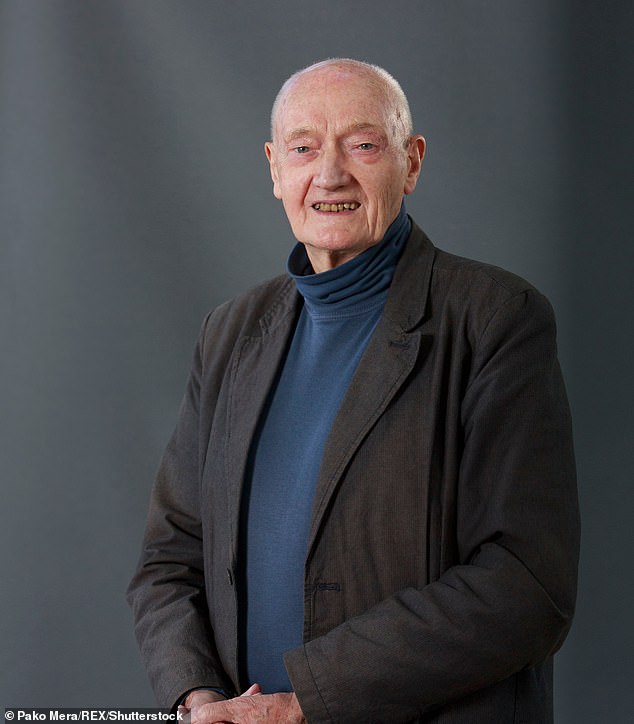 In each of his books so far, the prolific thinker Richard Holloway, former Bishop of Edinburgh, has wrestled with the enigma of belief — always painfully honest about his own life and personal quest. This latest is another step towards what he calls (his subtitle): Making Meaning In A Meaningless Universe. And this man of God who became agnostic never said it was easy.

Religions have always attempted to tell us stories to explain who we are, where we came from — and who is in charge. That is, which God (or gods) is running the show.

Holloway ‘was never persuaded by the explanations offered by theologians’, because he is uneasy about ‘a compulsion to explain or account for every mystery under the sun’. Those who know his work are familiar with his questioning journey away from the Church but, now (as this engaging and uplifting book explains), he is gradually moving back. His honesty is refreshing: ‘So, what kind of confused story am I trying to tell myself these days? I am hoping that by writing this book I’ll find out.’

He begins by examining stories about the universe — the unimaginable, befuddling vastness of which he illustrates with the help of Bill Bryson, who ‘suggested that if galaxies were frozen peas there would be enough of them to fill the Albert Hall’.

That thought is enough to make you want to lie down, but Holloway goes on to set our ‘fragment of stardust’ (the Earth) within those unfathomable spaces. What price the certainty of religions (and the appalling shouting that can accompany them) in the context of the unknowable?

Yet science tells its stories, too, and Holloway whisks us through evolution, speech, primitive efforts to explain death and many other things, on the way to a vital discussion of what he sums up as ‘humanity’s biggest problem, wherever it finds itself. Us.’ 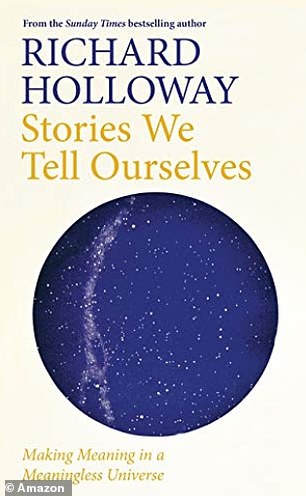 In his new book Stories We Tell Ourselves (above), he wrestles with the enigma of belief

Which of us, contemplating a world of conflict at home and abroad, could take issue with that gloomy thought?

Holloway is not a pessimistic writer. On the contrary, this personal, scientific and philosophical journey to explore what might be the answers to the world’s biggest questions is both playful and inspiring.

He uses a wealth of literary allusions to help his exploration of how each of us can come to terms with conflicting truths. The trouble is, people shout at each other across divides and ‘so many of our disagreements seem beyond reconciliation’.

The richness of this book challenged the short space of a review. Holloway explores Creation myths, the story of the fall, the mystics who have always challenged orthodox religion, the Sixties delusions of counter-culture America, drugs to open up the mind, and how we attempt to deal with what C.S. Lewis called ‘the problem of pain’.

At times, he can sound bleak and disillusioned: ‘There would be more wars to come. More repeats. More re-runs. More of the same. It’s what we do. What we’ve always done.’

Yet such sad, short sentences cannot contain Holloway’s natural good humour, his ability to see all sides of the Big Questions, and his bruised optimism.

At the end of his exploration, he approaches the place where he began, many years ago. For, at 86, he has returned to Christianity (‘without God’) because he believes/knows that the message of Jesus ‘can make a difference’ in world affairs — with its essential story of peace, reconciliation, forgiveness and love.

This former bishop doesn’t want to convince people, but simply tells us, ‘This is the story I now try feebly to live by.’