When the American Library Association released its list of the 10 most frequently banned or challenged books of 2020, it was no surprise to Angie Thomas that her debut novel, “The Hate U Give,” had made its return to the list for a third appearance.

“The book has basically been on that list since it came out,” Thomas said on Wednesday. “I joke to people and say all the time, There are two lists you can usually find ‘The Hate U Give’ on: The New York Times and the most banned book list.”

The novel, about a 16-year-old Black girl who witnesses a police officer shoot and kill her childhood friend, grapples with timely subjects like police violence and race relations and is the subject of constant challenges. According to the library association, challenges to the book have cited its drug references, profanity and “an anti-police message.”

Similar objections also led to three other works being included on the 2020 most challenged list: “Stamped: Racism, Antiracism, and You”; “All American Boys”; and “Something Happened in Our Town: A Child’s Story About Racial Injustice.” 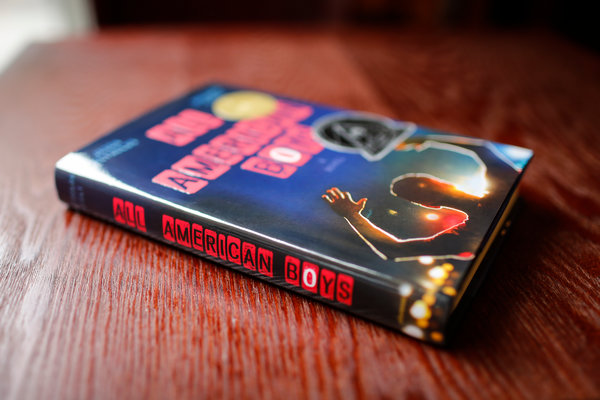 “Stamped” and “All American Boys,” the second- and third-most challenged books on the 2020 list, make their appearances after a year of high-profile killings of Black people by the police and nationwide protests against racial injustice.

The books, and the attempts made to ban them from institutions, are reflective of current social movements, according to E. Sybil Durand, an assistant professor of English at Arizona State University whose expertise includes young adult literature. Books, she said, can help facilitate conversations about race that some teachers may find difficult to bring up in the classroom.

Deborah Caldwell-Stone, the director of the American Library Association’s Office for Intellectual Freedom, which compiles the annual list, said 2020’s most challenged books exhibited a slight shift from previous years. In 2019, eight out of the 10 books on the association’s list featured L.G.B.T.Q. subject matter. For 2020, however, that majority was fractured, with the addition of books that touch on racial injustice and police violence toward Black people and books by authors of color.

“In this case, we’re seeing an effort to stigmatize and vilify stories about racial injustice, the experiences of Black persons and starting a very necessary and needed discussion about police violence,” Caldwell-Stone said.

According to the library association, reasons cited for challenging and banning “Stamped,” a work of nonfiction by Ibram X. Kendi and Jason Reynolds, include assertions that it contains “selective storytelling incidents” and “does not encompass racism against all people.” The book, which is geared toward young adults, “documents how generations of Americans have challenged the idea that the racial groups are equals,” Kendi said in a statement.

He added that he was proud of the book and saw irony in campaigns to ban it.

“The heartbeat of racism is denial, and the history in ‘Stamped’ will not be denied, nor will young people’s access to this book be canceled,” Kendi said in a statement.

Reynolds, who wrote “All American Boys” with Brendan Kiely and who was recently named the honorary chair for Banned Books Week 2021, has continually spoken out against censorship.

“So STAMPED is #2 most banned book, and ALL AMERICAN BOYS is #3. I hate this,” Reynolds said on Twitter. “Let the babies have books. If you disagree with something I’ve said, why not engage in discourse instead of discouragement?”

Thomas said it was disappointing to see that books reflecting Black children’s experience with racism had been targeted so frequently after a summer filled with demand for books on antiracism and so many public commitments by companies and corporations to fight racism.

“The list shows the hypocrisy of the statements, and the efforts that people claim to have made this past year as far as antiracism,” she said.

In most states, efforts to ban or censor books begin at the school board, said James Blasingame, an English professor at Arizona State University and executive director of the Assembly on Literature for Adolescents. A majority of the objections to more than 270 books that the library association said were challenged in 2020 took place in schools and public libraries and were initiated by parents, patrons and board members.

A legal standard for banning books was addressed in a 1982 Supreme Court case in which the court found that books could not be removed from a school library or curriculum simply because someone didn’t agree with the ideas within a book. Based on his past experience as a school administrator, Blasingame said books that raised concerns usually elicited strong opinions for particular snippets or short passages without the book’s entirety even being taken into consideration.

“Most of my experience, when I’ve been invited in by school boards to say what I know about a book, is that the parents who object didn’t read the book, they don’t really know what it is,” he said.

The number of children’s books by Black authors and about Black children in the United States has increased over the years, but experts and authors agree that there is still room for improvement. Out of almost 4,000 books geared toward children and teens that were published in 2019, 232 were written by Black authors, and only 471 featured Black characters, according to data from the Cooperative Children’s Book Center at the University of Wisconsin-Madison.

“There’s been more books that reflect sort of contemporary times, and this is what young adult literature does and does very well,” Durand said. “Then, as more books have been available, you see a response to those, especially the ones that are popular.”

In her own experience, Thomas said, outrage from parents and school districts has only further encouraged young readers to grab copies of “The Hate U Give,” leading it to be a fixture on the New York Times best-seller list.

“Even when they ban it, they can’t silence it,” she said.

Richard Madeley recalls co-stars ‘laughing at him’ during GMB stint ‘It was humiliating!’
Music