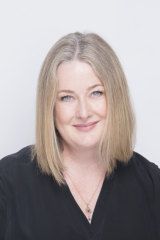 Vivian Gornick’s memoir was a revelation to me when I first read it, a rush of recognition, as though we had travelled on parallel emotional and relational paths. In one exquisitely written passage after another, her words tell my story too. Each time I have wavered in writing my own private and personal reflections, I pick it up and inhale it again. She writes so fearlessly about her deepest, most profound emotions and life experiences, and the power in that is enormous.

This book. Wow. It’s an insane dream, a roller-coaster carriage full of the most perfectly drawn characters. And the malodorous arrogant antihero, Ignatius J. Reilly, waddling his way around New Orleans, is superb. (‘‘I never eat canned food. I did once, and I could feel my intestines starting to atrophy.’’) John Kennedy Toole’s savage, dazzling language offers a lesson in how to break free from any ties that might tie a writer down.

The Wonderland of Nature
Nuri Mass

As a child, I was entranced by this book of stories about Australian nature; it planted the seeds of my love for the environment. First published in 1964, the quality of the colour photography is dubious but the black and white sketches of snails, caterpillars, grasshoppers and the like are so sweet. I still find a magical sense of transformation in the descriptions of eggs hatching and caterpillars turning into butterflies, and I love Mass’ whimsical labels for creatures — for example, ‘‘the tiny musician’’ for a cricket, and ‘‘jewel of the pond’’ for dragonflies.

Dress Your Family in Corduroy and Denim
David Sedaris

Damn David Sedaris! I am deeply jealous of his capacity to embed his razor-sharp wit in the most banal places, and the darkest. I shamelessly try to imitate his seemingly effortless writing, fuss about trying to build stunning metaphors like his (which are more evident in his later writing), then hit the delete button. He is also a genius at telling tales about the people he loves the most with teasing, gentle humour.