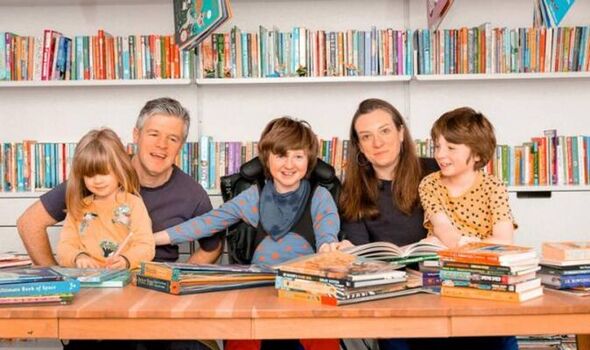 As doctors waited to see if a medicine for croup – an illness that affects the airways – would do the trick, the team left the hospital bay. Unsure what to do, Jessica pulled The Hungry Caterpillar – Ben’s favourite book – out of her bag.

“I got into bed next to him and started to read,” she says.

“By the time I’d finished, his breathing had stabilised.”

“A nurse popped her head in and said, ‘I’ve never seen a kid react to a book like that’.”

While reading to their children is a favourite pastime of many parents, for Jessica and James, 42, a human rights advocate, from Camberwell, South East London, it’s a lifeline.

Ben, now 12, has cerebral palsy. His condition means he moves around with the help of a wheelchair, is fed through a tube and is non-verbal.

For Ben, reading provides comfort, helps him communicate, and allows him to explore the world around him.

“Books are his safe space. He has always been comforted by them,” says Jessica, who adds his love of books began at just a few weeks old.”

“My pregnancy was uneventful, but during the birth things went wrong and Ben became very unwell due to a lack of oxygen,” says Jessica. “Once he was born, he was whisked away to neonatal intensive care.” 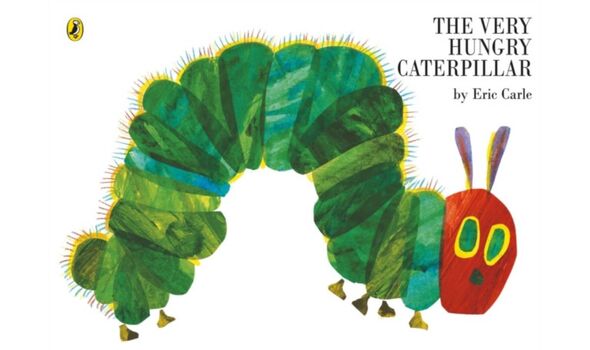 It was five weeks before Ben was stable enough to go home.

Tube fed from the beginning, when Ben was two weeks old, doctors told Jessica and James he would likely have cerebral palsy.

“We knew he was likely to have complications from the birth, but it was very difficult to hear,” says Jessica.

“A lot of babies get comfort from feeding, but because he couldn’t feed, we started to read to him as a way of comforting him.”

“There was so much for us to learn. I had no idea about disability at all. I didn’t know any other parents going through something similar, so it felt quite lonely.”

How his life was to become affected by cerebral palsy became more apparent as he grew.

“Ben was beautiful, chubby with loads of hair. Within a couple of months he started smiling – we could make him laugh by doing funny voices. It was delightful,” says Jessica.

“But he also had bad reflux, so he was in pain and quite grumpy. He didn’t develop head control at the speed other babies do. Then, as he got older he found it difficult to use his hands, so couldn’t start playing with toys.”

“But reading to him was ­something we could do with him sitting on us. We worked out he loved the sound of our voices and the cadence of words.”

“We’d been told he might have some form of visual ­impairment, but we realised when we read picture books with bright colours he looked at them.”

And new mum Jessica loved sharing stories with him just as much.

“When Ben was a baby there was so little that was how I expected. I was so discombobulated and sad that I was tube-feeding him, and spending so much time in hospital appointments,” she says.

“Ben wasn’t developing like typical babies, so the early years were different from everyone around us. But books were the one thing he could enjoy, and reading to him was exactly what I expected from becoming a mother.”

As Ben grew, so did his love of books. “We carried on reading, and the books got longer,” says Jessica, who is also mum to Max, 10, and Molly, six.

“When he was two or three, we’d hold up four books in front of us and he’d look at the one he wanted to read. We gave him more and more choice. He started being able to eye point and would tell us ‘no no no’ he did not want to read that one,” says Jessica. 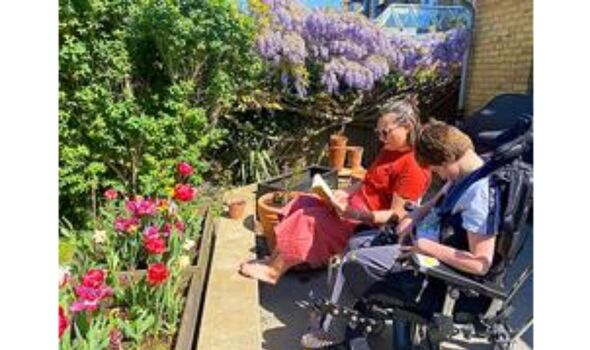 “He has an iPod with about 20 books on it,” says Jessica.

“He also has an eye gaze computer with communication software. So instead of moving a mouse with his finger he moves it with his eyes and can select sounds to build words, and choose books he wants to read.”

Ben’s siblings Max and Molly like to get in on the action, too.

“Molly is just starting to read but she’ll pretend to read to him, making up a story,” laughs Jessica.

“Max and Ben listen to audiobooks together. And I read a lot of books to them together. They recently loved The Wizard In My Shed by Simon Farnaby and The Secret of Haven Point by Lisette Auton, about a community of disabled people who live together in a lighthouse.

“Books are also a place where Ben can see himself represented. I try hard to find books with disabled characters. To see your family represented is a powerful thing.”

Jessica says although she and James were worried about having more children, it’s the best decision they’ve made.

“Having Max and Molly is brilliant. They know Ben so well – when he’s happy or sad, the movements he makes, what he likes.”

“They know better than I do the TV programmes he wants to watch or whether he’s seen Marvel films.”

“Those sibling relationships are really powerful.”

For Ben, Jessica is unsure what the future holds.

“We take it day by day and treasure our family time,” she says.

“We go on trips to the Natural History Museum and to see shows. And if there’s somewhere Ben can’t go, he loves to read about it. Books transport him all over the world.”

Ben isn’t defined by his disability.

“Disability is nothing to be terrified of. It’s one part of him, but it doesn’t define him,” Jessica says. “Beyond his family, books are Ben’s biggest love and sharing stories with him is my favourite bit of being his mother.”