Brave botanist who fell off the edge of the world: Author explores the little-known fate of John Jeffrey who went missing without a trace in 1854

Victorian plant-hunters were the astronauts of their age, capturing the popular imagination as they set off on exotic expeditions to discover new flora and fauna.

Like space travel today, these trips were fraught with peril.

When 23-year-old John Jeffrey left his native Scotland for the Pacific coast of North America in 1850, he would have been very aware of the fate of his compatriot David Douglas 16 years earlier. The man, after whom the Douglas fir was named, perished when he fell — or likely was pushed — into a bull-pit in Hawaii.

At least we know what happened to him. Poor Jeffrey, last seen in San Francisco in 1854, disappeared without a trace. In this beguiling book, forest scientist Gabriel Hemery offers the most informed speculation about his fate. Jeffrey kept diaries, now lost. So Hemery, who probably knows more about Jeffrey than anyone alive, has used his extensive research to fictionalise them. 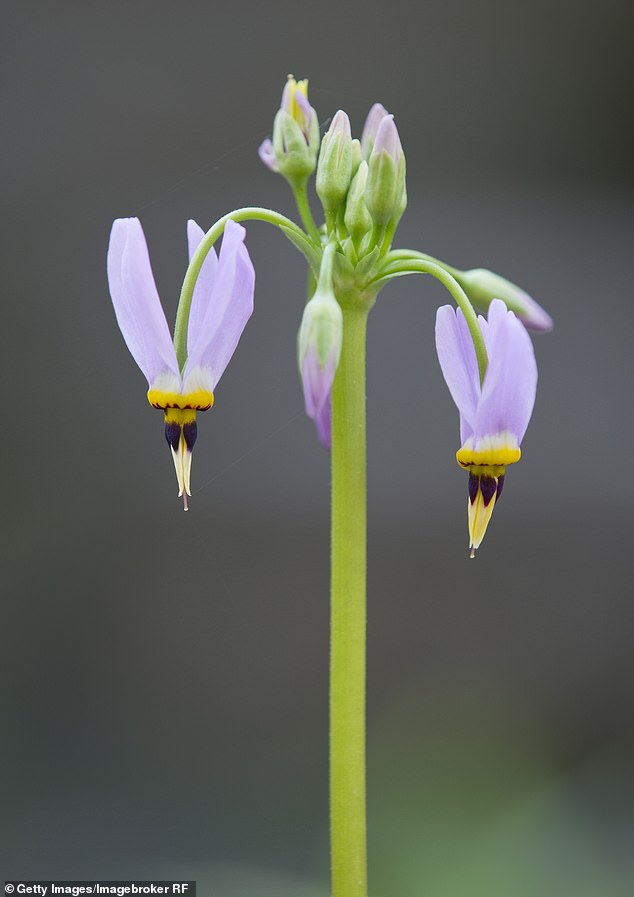 They are interspersed with actual letters and other documents, which record that Jeffrey was despatched to North America thanks to a Victorian version of crowd-funding.

Shares in his expedition cost £5 each, and the list of 140 subscribers reads like a Who’s Who of high society, all looking to enhance their hot-houses with the exotica he sent home. Their investment reaped some dividends. This spring, visitors to the Royal Botanic Garden Edinburgh, can see vibrant pink bloom Dodecatheon jeffreyi, also known as Jeffrey’s shooting star, which he found in California.

Jeffrey, a lowly botanist hired by the keeper of that very garden, had never even been out of Scotland before, but he was soon on the Hudson’s Bay Company ship, the Prince of Wales.

The brief was to get himself across Canada to Vancouver Island, and then down through Washington state, Oregon and California as far as Mexico.

His instructions were clear: ‘You will collect seeds of all such trees, shrubs and plants as are not already introduced into this country.’ They wanted him to send back beetles, too. His salary was fixed at £80 a year.

In August 1850 he arrived in Canada. He made the long journey west by dog-sled and canoe, then crossed the Rocky Mountains on foot. It took him a further 12 months to reach the Pacific coast.

In November 1851, a box sent by Jeffrey was excitedly opened in Edinburgh, by members of the hopefully named Oregon Botanical Association. It contained a few varieties of pine cone, several dead birds, and a small bottle of beetles. They were underwhelmed. 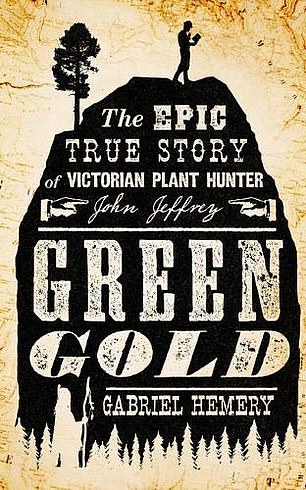 Jeffrey’s reputation back home seems to have gone steadily downhill after that. He kept sending boxes, but they didn’t contain enough seeds for the Association’s liking. And Jeffrey’s letters got fewer and briefer. One tersely explained that, while camping, most of his seeds had been eaten by a rat overnight.

The California Gold Rush was in full swing, and it could be that Jeffrey, disillusioned by the comments from Edinburgh, decided the earth held treasures more alluring than plants. Hemery’s research has uncovered other possibilities: Jeffrey simply fell in love, maybe with a Native American woman, and settled down. Or he was robbed and murdered.

What we know for sure is Jeffrey’s letters dried up altogether and there were no more sightings of him, to the fury of his paymasters. In March 1854, they decided to relieve him of his duties, even though he had effectively beaten them to it.

The Association’s minutes record little appreciation of what Jeffrey sent home, yet it amounted to at least 400 plant specimens and the seeds of 199 species.

No attempts were made to find him. Now this fascinating book helps ensure he is remembered for his achievements, and not simply for going missing.