Children who fled Nazis for the Garden of England: The extraordinary story of a schoolteacher who moved her pupils overseas to escape Hitler

THE SCHOOL THAT ESCAPED THE NAZIS

When Sidney Finkel, a young Jewish boy from Poland, arrived at Bunce Court, a school in the Kent countryside, immediately after World War II, he was a traumatised survivor of the Holocaust. He had endured concentration camps, slave labour and the murder of his family.

He had been living like an animal and had forgotten how to use a knife and fork. He refused vegetables because they reminded him of the grass he had been obliged to eat in order to survive. ‘The school,’ Sidney later wrote, ‘turned me back into a human being.’

Bunce Court was an unusual place and its founder, Anna Essinger, known to generations of her pupils as ‘Tante Anna’ (Aunt Anna), was a remarkable woman, as historian and TV producer Deborah Cadbury reveals in this brilliant, often intensely moving book. 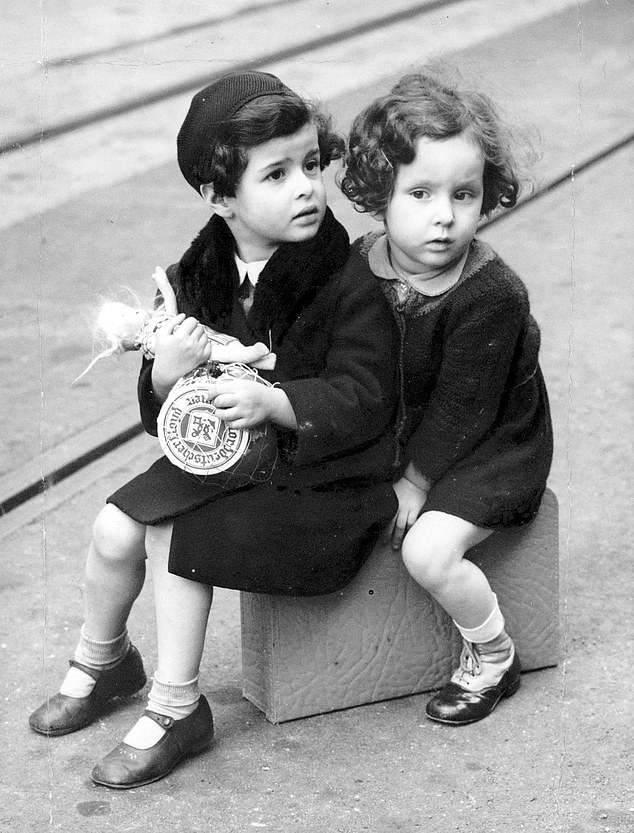 all alone on the Southampton quayside two little Jewish refugee girls rest on their remaining possessions. They were sent from Germany to be given homes and attend Anna Essinger’s school, which moved to England from Southern Germany

Anna had established a school in southern Germany in 1926 but, by the 1930s, it was clear, says Cadbury, that ‘the violence, hatred and blame openly promoted by the Nazi Party stood in opposition to everything she was trying to achieve’.

Soon after Hitler came to power in 1933, the school was denounced to the authorities — by the husband of one of the teachers who complained that its ‘airy-fairy humanism’ was ‘altogether uncongenial’ to National Socialism.

Recognising she could ‘no longer raise children in honesty and freedom’, Tante Anna devised a daring plan with the consent of her pupils’ parents. She would move the entire school to England.

Travelling in three separate groups, and masquerading as day trippers to avoid suspicion, pupils and staff left Nazi Germany. By the autumn of 1933, they were all installed in Bunce Court, a rundown, 16th-century manor house in Kent.

Many of the children were Jewish refugees. More arrived throughout the rest of the 1930s. One 12-year-old boy, unconvinced he was now safe, took to marching around the school perimeter toting a replica rifle, on the lookout for approaching fascists.

Despite its financial difficulties — the school seemed to be in a permanent state of near-bankruptcy — Bunce Court thrived. As Cadbury makes clear, it became a haven and a home for children who had lost very nearly everything. Listening to a teacher playing a Beethoven piano sonata, one new pupil ‘felt liberated from all the hate and persecution I had encountered in Germany’.

Both staff and children pitched in. According to one former pupil, the maths teacher Adolf Prag ‘was just as likely to be found repairing the roof’ as teaching multiplication. The children ‘fitted wardrobes in their bedrooms, converted a shed into a gym, laid tennis courts and an athletics track’. 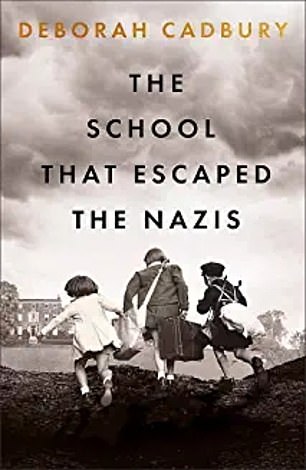 THE SCHOOL THAT ESCAPED THE NAZIS by Deborah Cadbury (Two Roads £20, 448pp)

When school inspectors turned up, they found an open-air theatre, a flourishing vegetable garden, 500 chickens and a herd of pigs. The animals were all looked after by the pupils.

‘Without any conscious effort we were anglicised,’ remembered Frank Auerbach, who went on to become one of Britain’s most acclaimed post-war artists.

Among other alumni was Gerard Hoffnung, the future musician, who, after playing his saxophone perched on the sill of an upper-storey window, became the only boy ever to be expelled from the school.

The outbreak of the war brought major changes to Bunce Court, when several staff and even some older pupils were interned as ‘enemy aliens’.

As the war progressed, Tante Anna also had the awful responsibility of breaking the news to some children that their parents had been killed in the concentration camps.

By the late 1940s, Anna Essinger’s health and eyesight were deteriorating. Without her, the school could not continue and it closed in 1948. During her retirement, Tante Anna was still involved in the lives of former pupils, many of whom visited frequently.

Leslie Brent, who went on to a distinguished career as an immunologist, used to read to her in her final years ‘because by that time she was virtually blind’. Tante Anna passed away 12 years later.

Deborah Cadbury tells the story of Anna Essinger and her extraordinary school very well. To one pupil, who had witnessed shocking violence in Germany, Bunce Court seemed like ‘paradise’. Cadbury’s book shows just why he thought that.