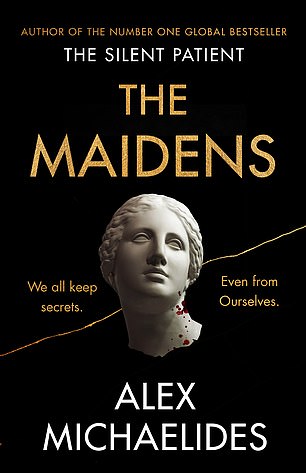 Fans of phenomenally successful The Silent Patient will have to prepare themselves for a change of gear with the author’s latest offering.

The main character is Mariana, a recently widowed therapist who turns detective when a friend of her niece is murdered.

This means returning to her alma mater, Cambridge University, and to romantic memories of punting and dreaming. It was also the backdrop to her first meeting with husband Sebastian.

The death she’s investigating involves a secret society of beautiful young women —The Maidens. A suspiciously charismatic Classics professor adds even more glamour to a book which screams ‘make me into a TV series’.

Michaelides may have faced what the music business calls ‘a second album problem’ following the success of The Silent Patient — and it’s true this isn’t quite as thrilling.

But his writing, especially his characterisation, possesses a unique sparkle and more promise than most other writers.

This is set in London at the start of Covid restrictions so there is a built-in air of menace. But, thankfully, Parks doesn’t allow this to dominate the plot.

DC Clements and her sidekick Tanner are investigating the seemingly unconnected disappearances of two very different women: Leigh Fletcher, happily married to Mark and stepmother to his children, and Kai Janssen, the wife of Daan, an extremely rich businessman.

Parks, who is rightly considered royalty among thriller writers, does her usual brilliant job of dissecting the nature of attraction, the buried resentments and the psychological traps found in marriages.

Even when her plot gets a bit leaky she keeps you hanging on until the end. 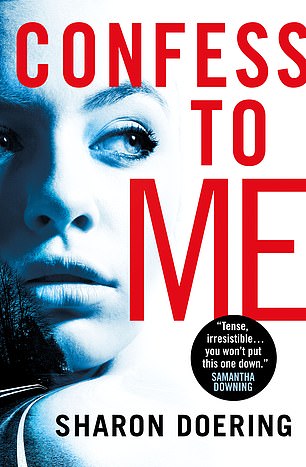 When circumstances force young mother Heather Horne to return reluctantly to her small-town home of Hunther in Wisconsin, she thinks she can cope with the ghosts of her past. But the long-ago mystery death of a woman and her un-worked-out feelings for her mother propel Heather into an investigation of her past that threatens to destroy her future.

Wisconsin has very liberal laws on keeping wild animals and a cougar plays a central role in a very complicated but well-spun plot that squashes in everything from Satanic abuse to the importance of family birth order.

The prose is a tad ornate in parts but the storytelling is confident. It will appeal to fans of Netflix hit Tiger King.

I was intrigued to learn that cougars don’t roar like lions but purr, chirp or scream.