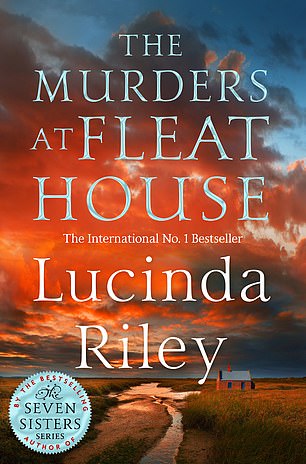 THE MURDERS AT FLEAT HOUSE by Lucinda Riley (Macmillan £20, 480pp)

THE MURDERS AT FLEAT HOUSE

When a rising star of the Metropolitan Police decides she has had enough of her two-timing husband and colleague, she decamps to a cottage in Norfolk. But crime is never far away. Before long, Inspector Jazz Hunter is heading an investigation into the death of a student at a private school.

As she digs deeper, Jazz is forced to recognise that murder is on the cards.

What follows is an intriguing mystery held together by racy dialogue and believable characters. As long-held family secrets are exposed to the glare, Jazz has troubles of her own with her ex-husband appearing on the scene intent on hijacking the case.

The Murders At Fleat House was Lucinda Riley’s first and, tragically, last venture into crime fiction. She died aged 56 from cancer last year, leaving this classic reminder of an exceptional talent. Shockingly, her stepdaughter was killed last Saturday, the victim of a hit-and-run while out walking her dogs in Chelsea.

Newcomers to this long-running series may choose to backtrack to earlier episodes to get a clear picture. For those needing a shortcut, the setting is a tight rural community in deepest Yorkshire where Samson O’Brien, a policeman with a mysterious past, is under threat from corrupt colleagues who fear what he might reveal about their nefarious activities.

Date With Betrayal opens with warnings of a hitman on the prowl with orders to silence O’Brien once and for all. Fortunately, his bride-tobe, the appropriately named Delilah, has a plan to prevent a tragedy and to bring the villains to justice.

This requires, in effect, a rerun of The Magnificent Seven with the sturdy yeomen and women of old England standing in for Western gun-slingers.

It is all pretty fantastical, but such is Julia Chapman’s skill as a storyteller, we become eager participants in a thrilling adventure. 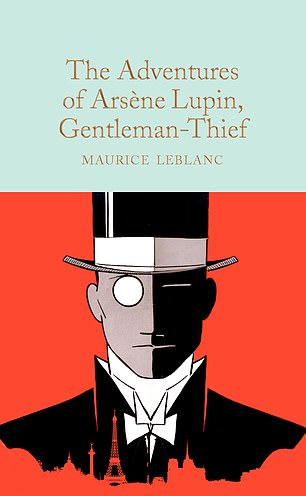 The hit Netflix series has renewed interest in the master of French crime fiction, Arsene Lupin, who was at the height of his popularity at the turn of the last century.

It is beyond question that his creator, Maurice Leblanc, found inspiration in the work of his British contemporaries. Indeed, Conan Doyle was so incensed at what he regarded as plagiarism, Leblanc felt compelled to change the name of one of his supporting characters to Hemlock Shears. No one was deceived.

Does Leblanc measure up to his literary rivals? On the evidence of this attractive pocket edition of his short stories, the answer is most certainly, yes.

True to form, we are asked to take a lot on trust as Lupin displays almost miraculous powers of deduction. But the plots are so cleverly contrived as to suspend disbelief. It helps that a faultless translation into English allows for a full measure of Gallic charm.