In a new memoir, the showbiz siblings recall their experiences growing up on “The Andy Griffith Show,” “Star Trek” and other Hollywood classics. But they weren’t all happy days. 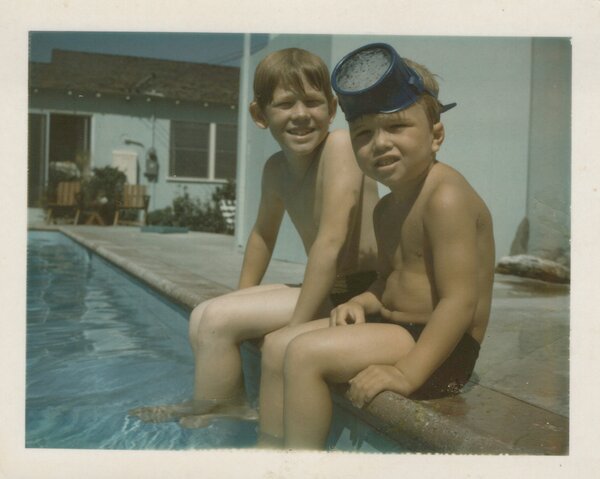 Growing up, Clint and Ron Howard never had to dream of stardom, because as children they’d already achieved it. Ron was just 6 when he was second-billed on “The Andy Griffith Show” and 8 when “The Music Man,” featuring him crooning “Gary, Indiana,” was released. Clint, his younger brother, was racking up roles on “Bonanza,” “Star Trek” and “Gentle Ben.”

Today they are both Hollywood veterans: Ron, 67, is an Academy Award-winning director (“A Beautiful Mind”) and co-founder of Imagine Entertainment, while Clint, 62, is a prolific character actor who’s shown up everywhere from “Seinfeld” to the “Austin Powers” movies.

But their lives were transformed by their time as child actors and the influence of their parents, Rance Howard and Jean Speegle Howard, who left Oklahoma to pursue their own ambitions of becoming actors — goals that were surpassed countless times over by the accomplishments of their two sons.

Ron and Clint Howard retrace this formative period in a new book, “The Boys: A Memoir of Hollywood and Family,” which will be released by William Morrow on Tuesday. In their alternating accounts, the Howards look back on their parents’ lives, their own upbringings and their success at staving off the darker aspects of their profession — at least until the realities of adolescence and adulthood reared their heads.

When the brothers spoke in a video interview last month, they talked about how writing “The Boys” had helped reconnect them to each other and to their family history.

“We’ve remained close, but we’re 3,000 miles apart and busy with our own families,” Ron Howard said, adding that the book “has everything to do with trying to put our lives into the context of who our parents were and what they gave us.”

“We wouldn’t have done it just to tell our story,” he added. “Once again, Mom and Dad pulled us together.”

Clint and Ron Howard talked about their early starts in show business, their earliest brushes with fame and how their parents helped them keep it together. These are edited excerpts from that conversation.

It’s well-known that you’re the children of actors, but you’re not exactly Barrymore scions. What were your parents like? How did they find it in Hollywood?