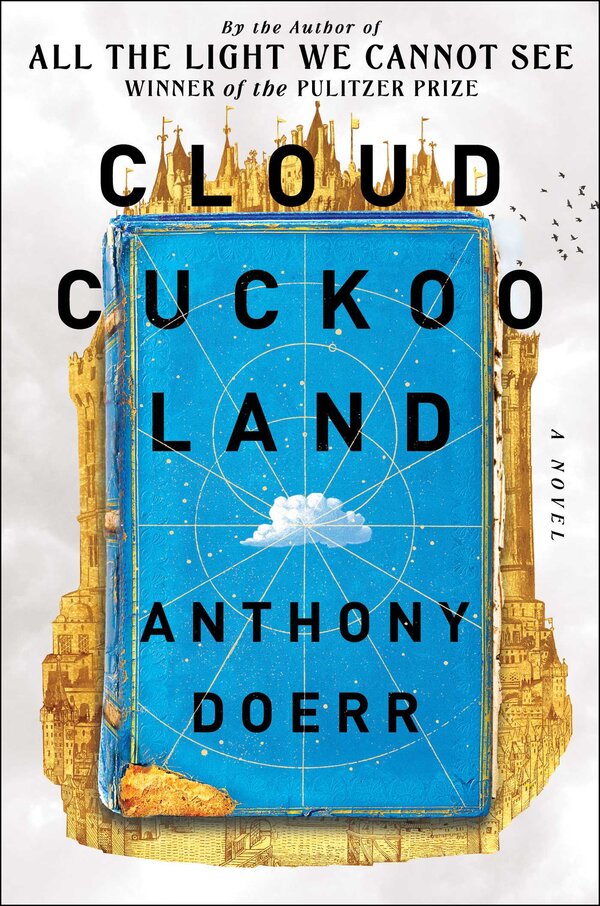 He escorts five fifth graders from the elementary school to the public library through curtains of falling snow. He is an octogenarian in a canvas coat; his boots are fastened with Velcro; cartoon penguins skate across his necktie. All day, joy has steadily inflated inside his chest, and now, this afternoon, at 4:30 p.m. on a Thursday in February, watching the children run ahead down the sidewalk— Alex Hess wearing his papier-mâché donkey head, Rachel Wilson carrying a plastic torch, Natalie Hernandez lugging a portable speaker—the feeling threatens to capsize him.

They pass the police station, the Parks Department, Eden’s Gate Realty. The Lakeport Public Library is a high-gabled two-story ginger bread Victorian on the corner of Lake and Park that was donated to the town after the First World War. Its chimney leans; its gutters sag; packing tape holds together cracks in three of the four front-facing windows. Several inches of snow have already settled on the junipers flanking the walk and atop the book drop box on the corner, which has been painted to look like an owl.

The kids charge up the front walk, bound onto the porch, and high-five Sharif, the children’s librarian, who has stepped outside to help Zeno navigate the stairs. Sharif has lime-green earbuds in his ears and craft glitter twinkles in the hair on his arms. His T-shirt says, I LIKE BIG BOOKS AND I CANNOT LIE.

[ Return to the review of “Cloud Cuckoo Land.” ]

Inside, Zeno wipes fog from his eyeglasses. Construction paper hearts are taped to the front of the welcome desk; a framed needlepoint on the wall behind it reads, Questions Answered Here.

On the computer table, on all three monitors, screen-saver spirals twist in synchrony. Between the audiobook shelf and two shabby armchairs, a radiator leak seeps through the ceiling tiles and drips into a seven-gallon trash can.

The kids scatter snow everywhere as they stampede upstairs, heading for the Children’s Section, and Zeno and Sharif share a smile as they listen to their footfalls reach the top of the staircase and stop.

Sharif takes Zeno’s elbow as they ascend. The entrance to the second story has been blocked with a plywood wall spray-painted gold, and in its center, over a small arched door, Zeno has written:

The fifth graders cluster against the plywood and snow melts on their jackets and backpacks and everyone looks at Zeno and Zeno waits for his breath to catch up with the rest of him. “Does everyone remember what it says?” “Of course,” says Rachel.

On her tiptoes, Natalie runs a finger beneath each word. “Stranger, whoever you are, open this to learn what will amaze you.”

“Oh my flipping gosh,” says Alex, his donkey head under his arm. “It’s like we’re about to walk into the book.”

Sharif switches off the stairwell light and the children crowd around the little door in the red glow of the EXIT sign. “Ready?” calls Zeno, and from the other side of the plywood, Marian, the library director, calls, “Ready.”

One by one the fifth graders pass through the little arched doorway into the Children’s Section. The shelves, tables, and beanbags that normally fill the space have been pushed against the walls and in their places stand thirty folding chairs. Above the chairs, dozens of cardboard clouds, coated with glitter, hang from the rafters by threads. In front of the chairs is a small stage, and behind the stage, on a canvas sheet hung across the entire rear wall, Marian has painted a city in the clouds.

Golden towers, cut by hundreds of little windows and crowned by pennants, rise in clusters. Around their spires whirl dense flights of birds—little brown buntings and big silver eagles, birds with long curving tails and others with long curving bills, birds of the world and birds of the imagination. Marian has shut off the overhead lights, and in the beam of a single karaoke light on a stand, the clouds sparkle and the flocks shimmer and the towers seem illuminated from within.

Your Guide to Fall Reading

Whether you want biographies, novels or essay collections, we can help you find your next book to read. Here are 57 titles to get you started.