Flat-chested and chippy … but what a Dame! Cockney actress Eileen Atkins felt out of place in the theatre world, but that didn’t stop her becoming one of our best-loved stars

Tits and teeth!’ according to Dame Eileen Atkins, is what actresses say under their breath to give themselves courage before walking out on stage and making an entrance.

Eileen, nearing 90, never needed to spout those words, for a start because she had a flat chest. ‘If you do think of being an actress,’ she was told when young, ‘you’d better grow some tits.’ That must have been demoralising.

And if her teeth were rotten, it’s because her childhood treat was a sugar sandwich and, before bed, a lump of chocolate. 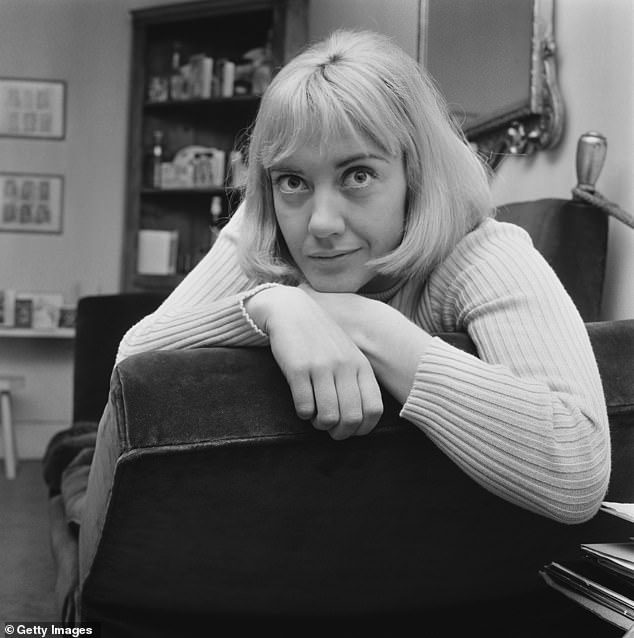 Dame Eileen Atkins, who is known for roles including Queen Mary in The Crown and Martin Clunes’s serious aunt in television’s Doc Martin rewinds to her formative years in a new book. Pictured: Eileen in 1966

Despite having spent a fortune on dentistry, ‘I’m still nervous of smiling,’ Eileen tells us. Indeed, in performance she is like a ventriloquist, barely moving her lips or opening her mouth, which makes her excel at pouting with disapproval.

Eileen has won accolades for playing Philip Larkin’s sour and monstrous mother, Eva; she was the Teutonic and unbending Queen Mary in The Crown; she was in Cranford in a bonnet and in Equus with Richard Burton. Eileen is also Martin Clunes’s serious aunt in television’s Doc Martin.

This book rewinds to Eileen’s formative years in London.

She was born in 1934 and raised in a Stoke Newington council house. Her mother was a seamstress who took in lodgers and in the evenings worked as a barmaid. Her father, a World War I veteran, was an electric meter-reader for Hackney Borough Council.

Arthur Atkins, with his little moustache, bore a comical resemblance to Hitler. On one occasion, a woman in Lower Clapton Road pushed him into a cupboard and called the police, telling them she’d caught Adolf.

Instead of being embarrassed, Eileen’s dad took ‘great pride at causing such a stir’.

Eileen was ‘a nervy girl’, suffering from insomnia — she’s been taking sleeping pills for 55 years. She was evacuated to Chelmsford in Essex, where ‘I sat miserably through the day, understanding nothing’, and she was unhappy at school so was sent instead to a fee-paying establishment. An exotic woman called Madame Yandie (‘I was horribly uneasy with her’) kindly paid Eileen’s fees and taught her elocution and deportment.

As ‘Baby Eileen’, she was compelled to sing and dance at working men’s clubs where she was leered at, but in those days this was considered ‘just a bit of fun’. 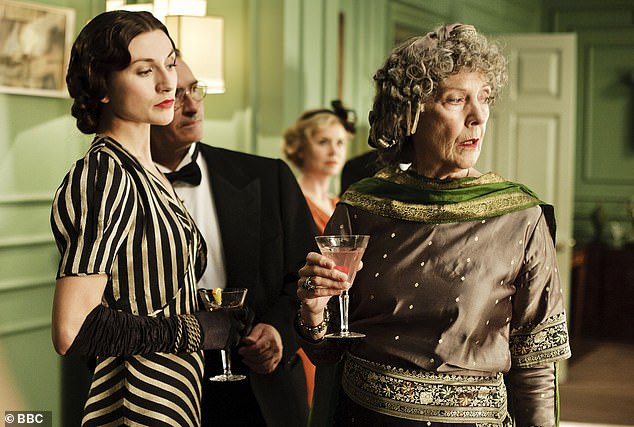 Dame Eileen’s breakthrough, in 1965, was The Killing Of Sister George, on stage in London and New York with Beryl Reid. Pictured: Dame Eileen as Lady Holland in Upstairs Downstairs

The ballet and tap dancing deformed her feet, and ever afterwards, whatever the weather, Eileen has had to wear orthopaedic sandals, imported from a Czechoslovakian factory ‘where Tom Stoppard’s father was employed as a doctor’.

Though there were no books in the home, when Eileen discovered the local lending library, ‘my excitement was so intense, I nearly always had to go to the lavatory, and to this day, a bookshop can bring on the same feelings’.

As a ‘simpering show-off’, Eileen was keen to study drama. She didn’t do very well at verse-speaking contests or at the RADA auditions, as people were still prejudiced against anyone sounding ‘a little Cockney’.

Nevertheless, she passed the requisite exams and was awarded a scholarship to Guildhall, where she learned fencing as well as voice projection. Later, Eileen appeared in a pantomime at the Clapham Empire, directed by the pompous Cyril Fletcher, Esther Rantzen’s Odd Odes man.

Eileen had small roles in open-air plays in Regent’s Park, where the elderly thespian in charge couldn’t keep his hands to himself and planted ‘full, wettish kisses’ on the lips of young actresses.

‘We all just laughed about it.’

The chief theme of Eileen’s memoir, Will She Do?, is that, for a long time, she didn’t do at all. It took ages for her career to get under way. Gigs in dreary provincial Rep were interspersed with soul-destroying jobs in the launderette or selling men’s socks and ties in a department store. 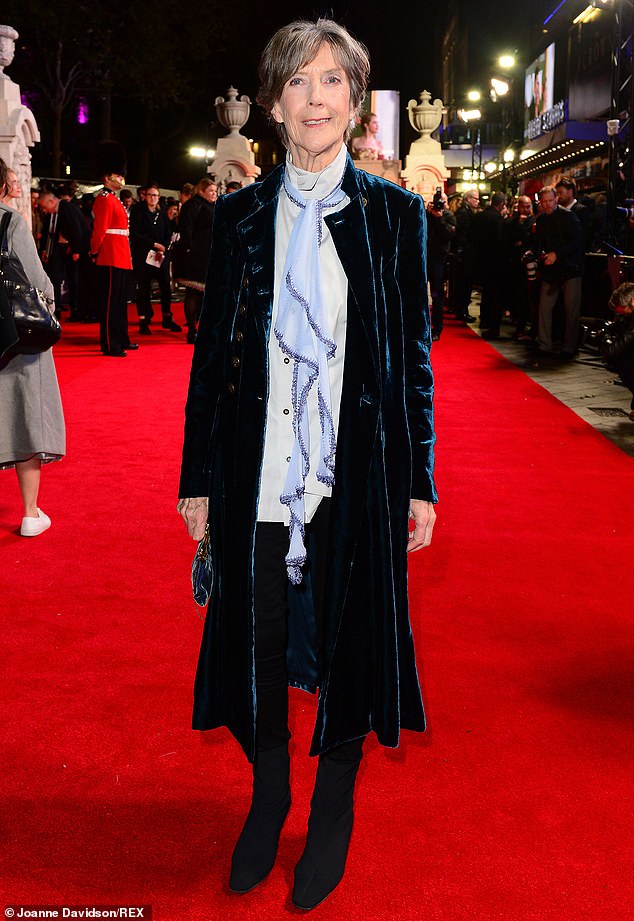 Eileen was also a cleaner at the London School of Economics and a waitress at Butlin’s in Skegness, until promoted to dish-washer.

She carried out market research in Chesterfield. ‘I just wondered how much flour you use each week?’ she once asked Dame Edith Sitwell.

‘Go around to the tradesmen’s entrance and ask the cook,’ replied the Dame.

At Stratford, Eileen had small roles and understudied Dorothy Tutin, who was vile and wouldn’t allow a duplicate set of costumes to be made in Eileen’s size. But the fact is, Eileen did tend to rub people up the wrong way.

Many times throughout this book she confesses to having a short fuse — ‘It would be a good idea not to annoy me.’ She is one of those people who implicitly says: you are going to have to take me as I am.

She often lost her temper with Peter Hall, for example. ‘You know, you’re a very sullen girl,’ he said eventually, after she’d shouted at him. ‘Don’t you think it would be better if you left?’ 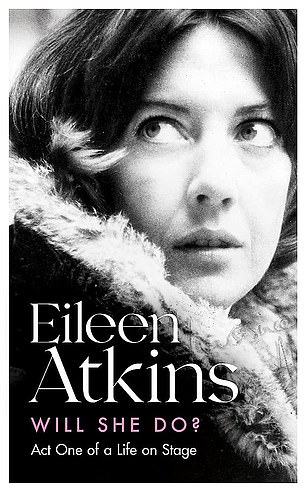 Peter Brook also decided against casting her, saying: ‘You tend to question things, I want obedience,’ which he thought would be easier to obtain from Glenda Jackson.

After meeting Julian Glover at the end of the pier in Brighton, Eileen married him in 1957. They later divorced when he had an affair with Sarah Miles.

Also, Julian may have been unenamoured of his wife’s culinary skills. Eileen thought you cooked a cauliflower by placing it uncut in an oven. There were no children.

Eileen’s breakthrough, in 1965, was The Killing Of Sister George, on stage in London and New York with Beryl Reid. After that she ‘gave Richard Briers his first screen kiss’, created Upstairs Downstairs with Jean Marsh, and played Ophelia in the Hamlet tour to Moscow, when Coral Browne met Guy Burgess, as immortalised by Alan Bennett.

In another play, with Maggie Smith, Eileen dried. ‘I’m so sorry,’ she told the audience. ‘I don’t know what I say or what play it is, or even what theatre I am in.’ Everyone applauded. ‘That took some balls,’ said Dame Maggie afterwards.

Will there be a further volume? I hope so. Cross and impatient Eileen may be, but as an actress she is at the top of the pyramid, and as a writer she is very fine, with a wit drier than a martini.