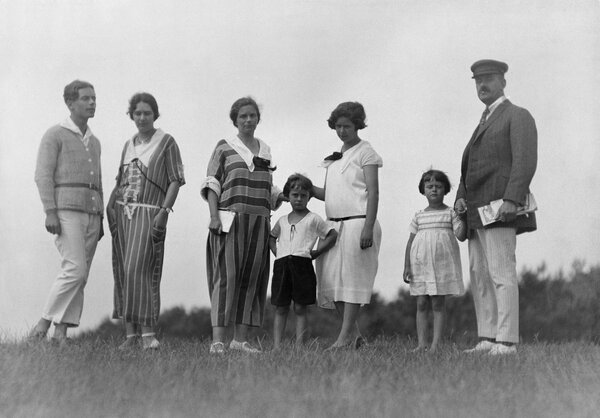 THE MAGICIAN
By Colm Toibin

Exiled in Switzerland in the early 1930s, Thomas Mann grew frantic about the private diaries he had left behind in Germany. As Colm Toibin writes in “The Magician,” his biographical novel about Mann, the author “needed to get the diaries out of Munich.” If the Nazis seized them, he would surely be ruined. As the father of six, he had never been “openly accused … of private perversions.” But these diaries, if published, would make clear “who he was and what he dreamed about.”

What he dreamed about, mostly, was handsome young men. To say Mann was closeted is an understatement. His homoeroticism had many mansions, and he roamed their corridors in his dreams with impunity. It’s a subject that has drawn Toibin before, as in “The Master” (2004), a touching, memorable novel that gave us a closeted Henry James in midlife crisis. (The scene in which the young James sleeps naked with Oliver Wendell Holmes is peerless in its delicate if painfully unexpressed longings.) In “The Magician,” his 12th novel, Toibin delves into the layers of the great German novelist’s unconscious, inviting us to understand his fraught, monumental, complicated and productive life. It’s a work of huge imaginative sympathy.

Toibin has obviously pored over the existing biographies, most of them quite dull, but it was, perhaps, Anthony Heilbut’s groundbreaking life of Mann that inspired this novel. Heilbut focused intensely on Mann’s sexuality as reflected in his life and work. The notorious diaries, first published in 1975, were a primary source, and they revealed the depth of Mann’s obsessions with men, even his own son Klaus (who was openly gay but possibly had incestuous feelings toward his sister Erika, a gay woman who married W. H. Auden during the war just to get a British passport).

The marriage of Thomas and Katia Mann was necessarily convoluted, given Mann’s wish to play the role of bourgeois paterfamilias in the context of ongoing homoerotic preoccupations. The boyishness of his wife (daughter of a wealthy Jewish family) certainly appealed to him. He “imagined Katia naked, her white skin, her full lips, her small breasts, her strong legs,” Toibin writes. “As she spoke, her voice low, he saw that she could easily be a boy.” The couple had apparently “come to an arrangement,” a set of tacit agreements whereby “Thomas would do nothing to put their domestic happiness in jeopardy.” At the same time, Katia was asked to understand and respect his sexual ambivalence.

Toibin gives full rein to this sweeping story, which begins in Lübeck, a coastal city in northern Germany, where Mann’s father was a well-off grain merchant and senator, his mother a passionate woman with Brazilian roots. As “The Magician” suggests, Mann’s personality owed a good deal to this mixed heritage: the father, hard-edged, unemotional, “northern”; the mother in every way his opposite. All of this unfolds in “Buddenbrooks,” Mann’s wildly successful and autobiographical first novel.

Mann scarcely mentioned this novel while writing it, even to his older brother, Heinrich, who would himself become a formidable novelist (“The Blue Angel” was a popular film adaptation of one of his books) and lifelong rival. The young author was “afraid that a single, withering remark might be enough to make him doubt its worth,” having already suffered a nasty comment from his mother, who said after reading several of her son’s poems: “I wish to discourage your urge to write. I know from the school reports that you have no talent at applying yourself to anything.”

“The Magician” proceeds chronologically in discrete life chunks, but from the outset Toibin gravitates toward Mann’s interior life, often working symbolically, as when the young boy is taken by his mother to the beach, where he steps gingerly toward a brisk and thrashing sea. Thomas “would approach the waves, edging himself in, afraid first of the cold, jumping as each gentle wave came, and then letting the water embrace him.” This hesitant approach to life would become habitual.

Toibin follows Mann from childhood through marriage and early success (a Nobel Prize in 1929), into Swiss and American exile from Nazi Germany. It’s quite thrilling to observe him as he negotiates deep, dark waters, as with the rise of Hitler, whom he didn’t take seriously until quite late in the game. For the most part, the novel dwells on Mann’s uncertain (if comfortable) life abroad. Despite personal and political obstacles, he forges ahead with self-absorbed determination, building grand new houses, reconfiguring the nuclear family, pushing forward with his writing with an almost terrifying consistency of purpose. As his youngest son notes bitterly in a late letter: “I am sure the world is grateful to you for the undivided attention you have given to your books, but we, your children, do not feel any gratitude to you, or indeed to our mother, who sat by your side.”

On the surface, this is the melancholy story of a sensitive but repressed man who can’t quite connect to his own impulses or supply the emotional needs of his wife and children. But Toibin excavates deeply, sifting through incidents in his life, turfing up incitements to his major fictions. On a visit to Venice in 1911, for instance, Mann encountered the beautiful Polish boy who became Tadzio in “Death in Venice”: “The boy crossed the dining room with quiet self-possession. He was blond, with curls that stretched almost to his shoulder. He wore an English sailor suit.” According to Toibin, Mann first thought of making the love object a young girl but realized “he would be working in the realm of what was natural and undramatic, especially if he made the girl older. No, he thought, it would have to be a boy. And the story would have to suggest that the desire was sexual, but it would also, of course, be distant and impossible.”

Toibin alludes to many if not most of Mann’s well-known novels and stories, and their composition becomes a point of drama in most cases, as when the novelist is X-rayed for tuberculosis in a sanitarium in Switzerland. This visit prompts the idea for “The Magic Mountain,” among the finest of Mann’s novels. Toibin writes: “In a flash, he saw what this could do in a book, how dramatic it would be, the first time a novelist described an X-ray, with all the eerie light and uncanny sounds.” It takes a writer of Toibin’s caliber to understand how the seemingly inconsequential details of life can be transmogrified, turned into art.

When Mann arrived in the States in 1940, his publisher (Alfred Knopf) informed him that he was regarded by the American reading public as “the most significant German writer alive, and one who was in exile because of his opposition to Hitler.” With reluctance, he accepted the public role that befell him. After a spell in Princeton, he joined a group of German writers in exile in the Los Angeles area, and this proved an agreeable base of operations, though he defiantly carried Germany inside him: “Thomas smiled at the thought that the sweet Californian skies, the beautiful soft mornings when he could breakfast in the garden, the abundance, the blameless beauty, had not conspired to alter his mind.”

American diplomats hoped to co-opt Mann when he briefly returned to his native country after the war to celebrate the 200th anniversary of Goethe’s birth. They pressed him to not accept an invitation to give a lecture in East Germany, now under Soviet occupation, but Mann refused their blandishments, with results even he could not have foreseen. Upon his return to Los Angeles, he soon realized “that not only his moral authority but his status as a great man had dissolved in America.” He soon moved back to Switzerland for his final years.

The narrative moves at a leisurely pace, not unlike Mann’s novels, but quickens in the final stretch, as the consequences of the author’s propulsive ambition and staggering fame, complicated by family turbulence, weigh heavily upon him.

“The Magician” is, overall, a satisfying and elegantly written novel. Its expansive and subtle rhythms carry the reader forward and backward in time, tracing an epic story of exile and literary grandeur, unpacking a major author’s psyche in such a way that the life of the imagination becomes, finally, the real and only tale worth telling.