For most of its 1,000 pages, Lucy Ellmann’s brilliantly ambitious seventh novel follows the unspooling consciousness of an Ohio housewife circa 2017, and does so almost entirely in one long, lyrical, constantly surprising sentence. Our narrator is an educated, liberal mother of four, obsessed with the news, plagued by worries and self-doubts, a baker of pies, a keeper of chickens, keen on old movies and afraid of confrontation. She is not so different from many of us, though her voice has a distinct cadence:

“… the fact that we’re broke because I had cancer, the fact that that broke us, it broke us, the fact that I shouldn’t say that, because here we are, still kicking, and I am still producing cinnamon rolls by the ton but, sciatica, hip, Advil, painkillers, Leo’s health plan, the fact that Phoebe helped us out and we’ll never be able to pay her back, and Jake was at the height of his cute stage and I missed it, ‘You missed it, Oscar, you missed it!,’ and that hurts …”

With unstanched momentum she makes her way through memories and stories of her family, her past, her life in Ohio and the journey that brought her here. Since she used to teach history but now sells her own baked goods, a lot of anecdotes about Native Americans and baking make their way into the book; and since she is a curious, politically conscious, slightly frenetic person, we step into and out of subjects from Donald Trump to purple martins, global warming to Laura Ingalls Wilder, animal cruelty, school shootings, SpaghettiOs, industrial pollution, hydrangeas, even the word “hydrangea.” In other words, all her thoughts and everything in the world around her. At times there’s such fury to these ruminations that the book seems to shift into direct cultural critique; at other times it all seems simply part of the story. The author’s hand never points us either way. 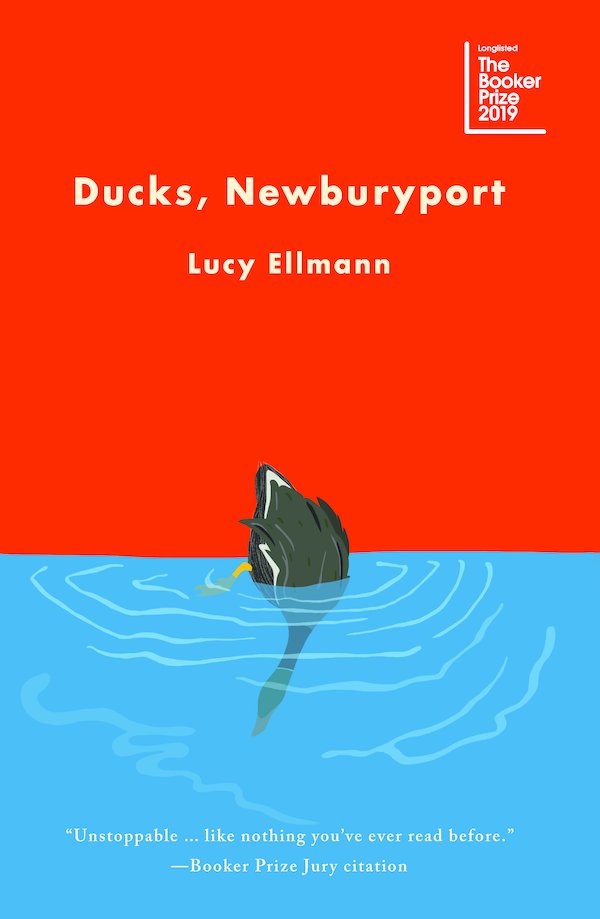 Interspersed throughout this modern Molly Bloom monologue are one- or two-page installments of a story about a mountain lion searching the Midwest for her cubs. It’s an odd juxtaposition, but the two story lines do eventually converge. More important, the lioness offers a foil, a figure of natural instinct and maternal courage set against the narrator’s culturally determined fears and insecurities.

All of which is to say that “Ducks, Newburyport” — this year’s only American contender for the Booker Prize in Britain — is a pretty unusual book. But it is not particularly complicated. Whatever strangeness it presents has to do with the fact that, notwithstanding Ellmann’s great skills in narrative and character development, the overall effect is less plot-driven drama than vast existential collage. This is a novel, but it is also, fundamentally, a very long and meaningful list.

In fact, the history of the list as literary form is long and rich. Writers have used them to echo the endless accumulation of consumer culture or the oversaturation of “facts” — even to stave off death. (Lists can go on forever, implying infinity.) The 16th-century French monk François Rabelais, funniest of all literary listers, rattled off long parodic ones that joyfully reflect life’s absurdities. The 11th-century Japanese poet Sei Shonagon made beautiful, clever lists about everyday life, each a small, crystalline story unto itself. That great American lister Walt Whitman used listing to “sing” the plenitudes of both his nation and himself, and to show that the two were not separate. These authors are the intellectual company Ellmann keeps, and “Ducks, Newburyport” can be all of these things at once: as accumulative, as pointed, as death-addled, as joyous, as storied, as multitudinous and as large as life.

MARTIN RIKER is the author of the novel “Samuel Johnson’s Eternal Return.” He teaches at Washington University in St. Louis.