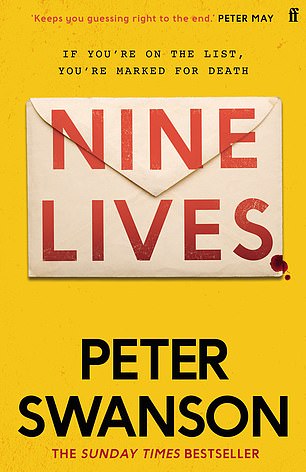 The premise is delightfully simple. Nine strangers each receive an envelope which contains a single sheet of paper with nine names on it.

None of them knows each other but each is destined to die. So begins the devilishly ingenious plot of Swanson’s latest novel.

One of the recipients is FBI agent Jessica Winslow, who makes it her business to try to find out what on earth is happening as the deaths begin to mount up. Not unreasonably, she also wants to know why she is on the list.

Her first job is to track down the named individuals, but her task becomes a race against time as the murders escalate. Swanson throws in a series of references to classic crime novels, including Agatha Christie’s And Then There Were None, to make the mixture even more engaging.

With twist upon twist, and false clue upon false clue, this is superb, elegant crime writing with more than a nod to the genre’s past.

Hard though it is to believe, Leon will be 80 years old in September, and this is her 31st crime story starring Venetian policeman Commissario Brunetti.

It is an astonishing achievement for the American-born author, who fell in love with Venice on a visit in the 1980s and stayed — only finally moving to Switzerland a few years ago.

This latest in the series demonstrates all her exceptional talents: her delicate eye for detail, her careful sketching of the characters, her love for intrigue among the Italians and Brunetti’s affection for the idiosyncrasies of humanity. It is as painterly as a 16th-century mural in a Venetian church.

This time Brunetti is asked by an old neighbour if he will investigate the fact that her daughter is worried about her husband.

The Commissario does not have to agree, but, as ever, feels drawn to the case. Sumptuous and intensely satisfying, it reminds us what an extraordinary gift Leon has given us. 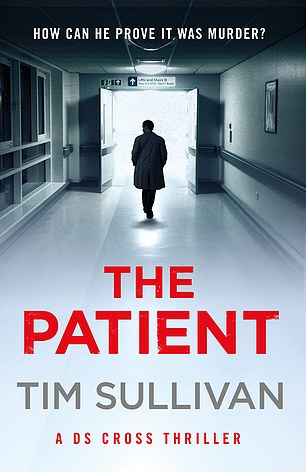 Cantankerous, arrogant and given to ignoring even the politest answers to his questions, DS George Cross is a police outsider who has been diagnosed as being on the autism spectrum. He is also a gifted and stubborn policeman, who never takes the obvious route to solving a crime.

In this — his third outing — he decides to believe the mother of Flick, a former heroin addict who is found dead.

Everyone assumes that Flick committed suicide, but Cross agrees with her sceptical mother and begins to search for a deeper truth.

Is it possible she was murdered? His superiors are not convinced, but inexorably Cross uncovers a string of suspects, including Flick’s ex-boyfriend — the father of her daughter — her dodgy ex-employer, whom she was suing for sexual harassment, and the ultra-smooth psychotherapist who was treating her.

Screenwriter Sullivan has given us a British detective for the 21st century who will be hard to forget.