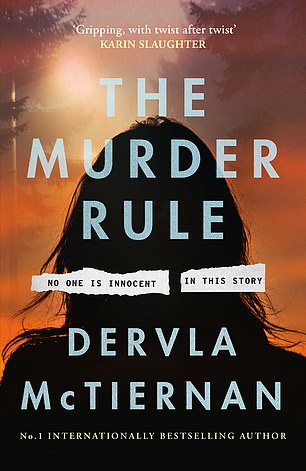 This fiendishly clever story focuses on an idealistic young law student, Hannah Rokeby, who wants to join the Innocence Project at the University of Virginia which aims to overthrow miscarriages of justice.

It currently has one particular case in its sights — Michael Dandridge. He was convicted of murder and sentenced to death only for the case to be returned for a re-trial, which is now rapidly approaching.

Yet Hannah is anything but what she seems. Her mother is not having cancer treatment at a local hospital, as she has claimed — instead she’s a barely functioning alcoholic and her daughter is not so much interested in seeing Dandridge freed but in seeing him convicted again.

But then the subtle, elegant twists begin as Hannah finds herself buffeted by uncertainties. Meticulously planned and beautifully executed, this is glorious storytelling to rival John Grisham.

The gangster may be in jail, put there by Craigie, but he is still pulling the strings when it comes to drug-smuggling in the Highlands and he has revenge on his mind.

It becomes clear there is a corrupt officer somewhere in the highest echelons of Police Scotland, Border Force or the National Crime Agency, who is providing Hardie with inside information.

Add to the story a callous killer who happens to work for the law, and you have a deliciously dark stew that comes to the boil in the Highlands. It is a tribute to Lancaster’s formidable talent — he is after all a former detective with the Met — that every paragraph feels utterly authentic. 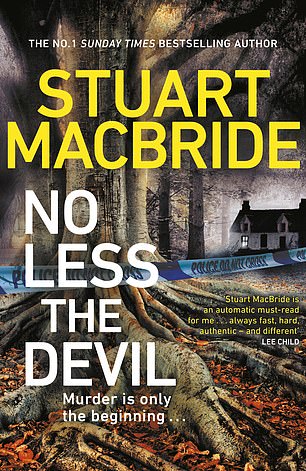 NO LESS THE DEVIL

There can be no question that MacBride is one of this country’s finest crime writers. In a string of novels he defined what darkness means in storytelling with his perfectly judged Logan McRae series.

Here he launches a new detective, DS Lucy McVeigh, who finds herself plunged into two investigations. First a vicious serial killer — nicknamed Bloodsmith — is still on the loose, even though it is 17 months since he butchered his first victim, cutting the heart out along the way.

Then there is Benedict Strachan, who killed a homeless man 16 years ago, at the age of just 11. Now 27, he has been released, but seems consumed by the fear someone is out to kill him, and begs McVeigh to save him.

Could there be two monsters haunting Scotland? Brave, belligerent and resourceful, McVeigh quickly reveals she is a heroine to be treasured.