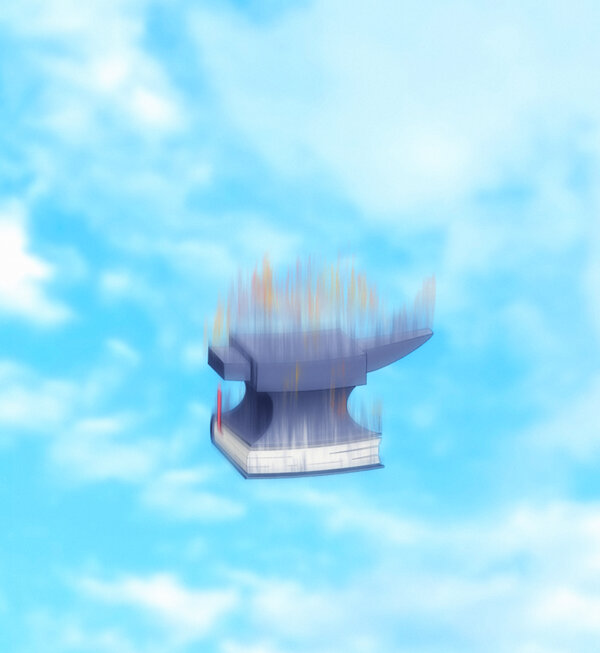 Once every year or two, I’ll decide it’s time to start a diary. I’ll buy a notebook, spend two hours writing in excruciating detail about my day-to-day existence, and end up feeling like a failure — at diary-keeping, but also at living. A diarist’s life has meaning, even if just in retrospect. Mine, apparently, has none. My great pleasure (aside from drawing, jogging and croissants) is to read about other people’s lives. I love the way Gabrielle Bell and Keiler Roberts use their diary comics to endow small, throwaway moments with the dignity and weight of larger ones. I will always be a fan of Proust. And I’ve read everything David Sedaris has published — some things many times over.

In case you need a refresher, David Raymond (!) Sedaris grew up in Raleigh, N.C., with his parents and five siblings. He went through a performance art phase in his late teens and early 20s (which coincided with a meth phase); worked the kinds of hard jobs many people take up after art school (itinerant farmer, housecleaner, assistant to various kooks); met his partner, Hugh Hamrick, in his mid-30s; made some indie plays with his sister Amy Sedaris; and was discovered as a writer after reading a series of stories on NPR about his stint as a department store Christmas elf.

What he does in his exquisitely crafted essays is reconstruct his life as a funny story, the kind you’d hear at a dinner party if you were very lucky in your friendships. His books of personal essays include “Naked,” “Me Talk Pretty One Day,” “When You Are Engulfed in Flames,” “Dress Your Family in Corduroy and Denim” and “Calypso.” He has also published one book of animal fables, “Squirrel Seeks Chipmunk,” and one compilation of his diaries: “Theft by Finding: Diaries (1977-2002),” which was published in 2017. Now he has a second collection of diaries, “A Carnival of Snackery: Diaries (2003-2020).”

In the late ’90s, partly to escape the weirdness of fame, Sedaris and Hamrick moved overseas. Some of my favorite David Sedaris essays are travelogues. These cover imperious language teachers, surreal shopping experiences, an exploration of different countries’ baffling alternatives to Santa Claus and a stint in Tokyo, where Sedaris went to quit smoking. His writing about interactions with cabdrivers, cashiers, flight attendants, fans and strangers are also deeply satisfying. But the real through-line of the essays is Sedaris’s family: his mother, Sharon, the consummate storyteller; his father, Lou, the disgruntled straight man surrounded by practical jokers; and his array of remarkable siblings — Lisa, the responsible one; Gretchen, the artist; Amy, the clown; Tiffany, the unsolvable mystery; and Paul, the fast-talking Southern guy. If you’re wondering, I’m a total Lisa.

In other ways, though, I am, of course, a David. When I read his essays in my lonely, literary teens, I recognized him as (or, more likely, projected onto him) a specific, intense, lonely artist sort of personality. I got this feeling from reading about his younger days: the O.C.D. he suffered from as a child, his flirtation with the abysses of drug use and poverty, the inscrutable art he made in his early 20s, the nightly ritual of sitting in an IHOP. I have a theory that obscure, tricky art comes out of loneliness, while clarity, directness and humor come from the warmth of human connection. When Sedaris’s first volume of diary entries came out, I was curious to peek behind the curtain of his prose. It turned out, the diaries — may I nerdily point out that “Sedaris” is one letter off from being an anagram of “diaries”? — are as clear, direct and funny as his essays.

I’m not a major fan of Isak Dinesen’s books, besides one, which I adore: “Seven Gothic Tales.” It’s a collection of stories I believe she wrote to make a man fall in love with her (his name was Denys Finch Hatton, and he died soon afterward, in a plane crash). I think this one book is so powerful because it was written for one person in particular. Sedaris’s essays have a similar strength: They exist for a reason — namely, to describe and preserve his family. His family is the deciding factor that makes him a warm and funny writer to the core, and not a lonely, abstract one.

The entries in “A Carnival of Snackery” focus on small things, the kind of thing Sedaris notices: odd hairstyles, blandly aggressive post office interactions, airport bureaucracy, the non sequiturs frequently dropped in small talk. Sedaris is a fan of jokes, and some of the entries just consist of a joke he heard on a given day. These bits are compact and considered, often with a twist at the end. They’re shorter than an essay, but it’s clear they’re being shared by a natural storyteller.

What sets Sedaris’s diaries apart from his essay collections is not that they’re more intimate (more wouldn’t be possible) or that they show a different aspect of the author or his life, but that the collections themselves are longer. Time passes. Sedaris ages 17 years, from 47 to 64. He watches his literary agent descend into dementia and his aged father discover Fox News. His younger sister Tiffany dies of suicide, and David and his family cope, over time, with layers of grief. Hugh’s hair turns silver.

Meanwhile, the world turns: Brexit looms, Donald Trump is elected. To portray the passage of time is, I think, the great artistic advantage of a thick novel or a long memoir. It’s large-scale art: architecture rather than sculpture, grand painting rather than doodle. The problem with a big, structural work of art is that the small parts often atrophy and drift away. Someone like Sedaris, who has such a gift for illuminating small things, would normally have no business crafting an edifice. But the beauty of a diary is that it doesn’t need to be crafted. It just grows on its own, while the diarist concentrates on the human-scale (or even microscopic) things that interest him.

The shocking parts of “A Carnival of Snackery,” for me, are the entries from 2020. Sedaris and Hamrick have bought an apartment in New York. And to see last year — the coronavirus epidemic, lockdown, the shooting of George Floyd, protests, President Trump in charge — written about from my own city makes it feel too real somehow, as if Sedaris has written my diary instead of his own. As I write this, I still have 20 pages of the book left to read, which I’m too superstitious to finish. I’m afraid the book will catch up with me, find me on my orange couch with my husband and dog, my reviewer’s copy of “A Carnival of Snackery” lying open in front of me in an actual pile of snacks. This might explain why I prefer other people’s diaries to my own: I like to believe that it’s possible for a life to be orderly and follow some sort of logic. But I can only suspend disbelief when it comes to other people’s lives. Not my own.

As I was reading “A Carnival of Snackery,” a memory surfaced. The last decent, urgent piece of art I made before I fell into a pretentious 10-year art school hole was a funny comic I drew about my family when I was 16. I suddenly remembered I’d been reading David Sedaris when I made that comic. I’d been imitating him.