If you worked your way to regional manager, you could make 60 grand a year. “That would be considered fancy where I’m from,” Vuong says.

It’s not clear what he means by where he’s from. There’s Ho Chi Minh City, where he was born and lived until he immigrated to the U.S. at age 2. Or Hartford, Conn., where he was raised by his mother and grandmother. Or he could simply mean people who didn’t grow up with much.

At Brooklyn College, where he studied American literature after dropping out of business school, he bopped around cheap sublets and couches of newfound friends in the poetry community. One of his teachers was the poet and author Ben Lerner.

“It was unclear if Ocean was aware of the immensity of his talent,” Lerner says, “but everybody around him was.”

As an undergraduate, Vuong worked on what would eventually be collected in “Night Sky With Exit Wounds,” published through an open submission competition by Copper Canyon Press. The poems are intensely personal, wrestling with Vuong’s understanding of his own race, queerness and memory. For that vulnerability, he won the T.S. Eliot Prize and Whiting Award. 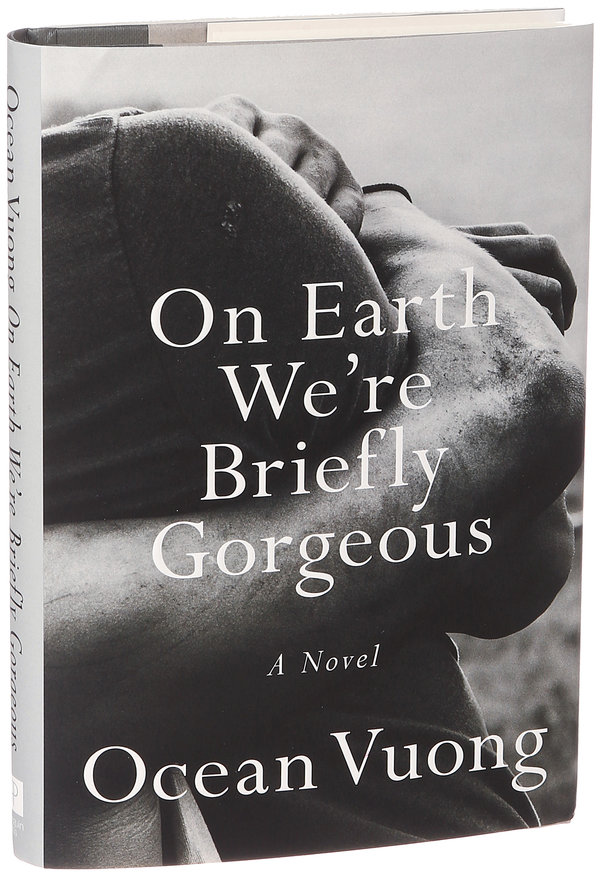 After the accolades, people asked Vuong when he would write his next collection. "For what?” Vuong would say. “There's nothing left.” The novel that would become “On Earth We’re Briefly Gorgeous” started as an experiment, one Vuong never set out to finish. (It shares a title with one of the poems in “Night Sky.”)

When he shopped the new book around to publishers, it surprised some editors, including one who admitted to never thinking about Vietnamese nail-salon workers also dining at their workplaces.

In “On Earth,” there’s a scene where Vuong’s point-of-view stand-in, Little Dog, is served jasmine tea over rice. “True peasant food,” his grandmother says. “This is our fast food, Little Dog. This is our McDonald’s!” In the novel, being poor is portrayed not by its tragedy but by its rare moments of delight. Whereas poverty is often used in fiction as a plot mechanism, Vuong writes it as a texture, a fact of life.

Vuong, 30, lives in a handsome single-story home in Northampton, Mass., where he teaches creative writing at the University of Massachusetts in Amherst. When I visit, I am first greeted by his dog, a Shih Tzu-poodle mix named Tofu. We sit at a reclaimed wood dining table, where Vuong has laid out “Beloved,” “Gilead,” “Moby Dick” and other books that have inspired him. On the wall, there is an LP of Frank Ocean’s “Blonde.”

Vuong likes the quiet, domestic rhythms of living in Northampton. Before, he was living on Long Island, commuting two-and-a-half hours each way to teach poetry at New York University. He lived among roommates with kids. It was a noisy home, so Vuong would write in his bedroom closet. (As a queer author, he says, “The irony is not lost on me.”) It was a refuge: a laptop, lamp and Vuong with his headphones on, likely listening to Frank Ocean.

Throughout the many revisions, the conceit was always clear: the novel would be a letter addressed to Vuong’s mother, who is illiterate. It uses a narrative structure called kishōtenketsu, commonly seen in the work of filmmaker Hayao Miyazaki, a form that refuses to deploy conflict as a means of progressing the story.

“It insists that a narrative structure can survive and thrive on proximity alone,” Vuong says. “Proximity builds tension.”

There are no villains, no victims, and no clear arcs. His goal: to create “a new gaze, a new attribution to American identity,” he says. 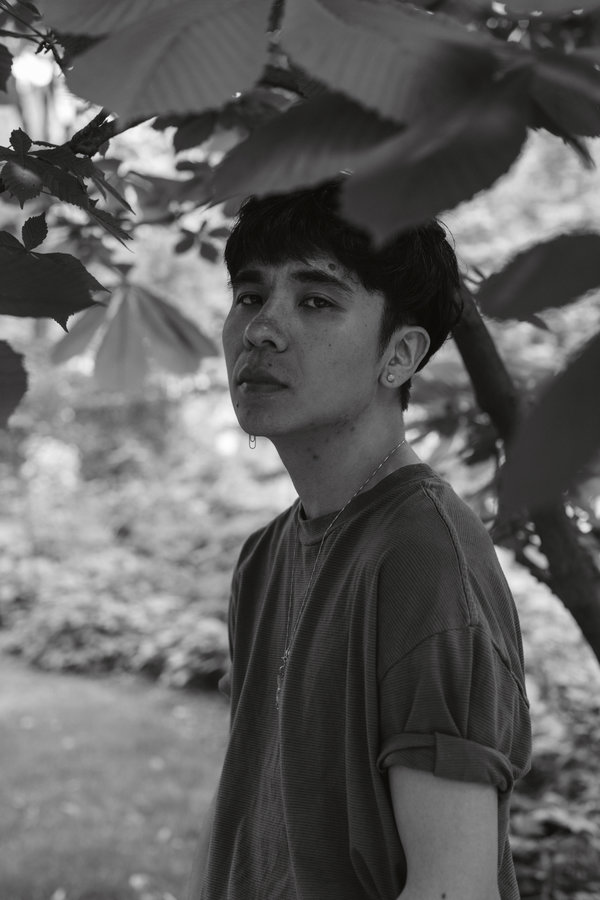 As a writer, Vuong believes speaking Vietnamese gives him an advantage. It’s a tonal language, which requires the listener to pay attention. He gives an example: má, mả, ma. In Vietnamese, they mean wildly different things: mother, grave, ghost. For him, hearing these distinctions translates to writing with that level of precision.

I ask if he’s writing for Vietnamese Americans, and Vuong clarifies it’s for young Vietnamese Americans, first and foremost. But what about older Vietnamese, like my parents and grandparents, the ones who have suppressed their firsthand experiences of the war? Vuong says it’s hard for him to imagine, since his family can’t read — he could barely read until the age of 16. But he understands. For many Vietnamese refugees, the war is too painful.

Memory is a theme that shows up consistently in the works of recently decorated Vietnamese-American authors: Diana Khoi Nguyen’s poetry book “Ghost Of” (a National Book Award finalist), Thi Bui’s graphic novel “The Best We Could Do” (an American Book Award winner) and Viet Thanh Nguyen’s Pulitzer-winning novel “The Sympathizer,” which challenged Americans’ reflection of the Vietnam War.

“We have an obligation to remember, especially tragic, complicated pasts,” Viet Thanh Nguyen says. “And yet at the same time, we need to move on. We need to forget in order to move on. How do you balance these two things?”

‘I don’t have to care about my book anymore’

Vuong says his mother doesn’t care about the book. I find that hard to believe.

There is always the white reader. “On Earth We’re Briefly Gorgeous” may not have been written toward that sensibility, but Vuong knows most of his readers will arrive from there.

“In order to read the book, people have to eavesdrop as a secondary audience upon a conversation between two Vietnamese people,” he says.

Vuong lives across from a cemetery, where he goes in the morning to perform a Zen Buddhist practice called “death meditation” that he’s been practicing since he was 15. Among tombstones, he summons the saddest, grimmest thoughts he can — deaths of family members, of friends, of Tofu — as a means of cleansing his thoughts.

Recently, he’s not had to extend his imagination much. Five weeks before our meeting in Northampton, Vuong’s mother was diagnosed with stage four breast cancer. It had spread to the spine.

The doctor explained it to Vuong, who sobbed in the ER. His mother asked him what was going on. She couldn’t understand the doctor’s English, so Vuong told her in Vietnamese.

“The only silver lining in her diagnosis is that I don’t have to care about my book anymore,” Vuong says. “My mother has cancer. She’s going to die. The novel, publicity, it’s all just so small.”

He would be content if his entire career is just one collection of poetry and one novel, and he is glad his mother got to see him succeed this much already. After the news of her health, Vuong considered canceling his book tour. He still might. But he is excited to perform his work. To him, the book is fossilized, but aloud, it can have another life.

Vuong says: “To read from the book is a second chance.”