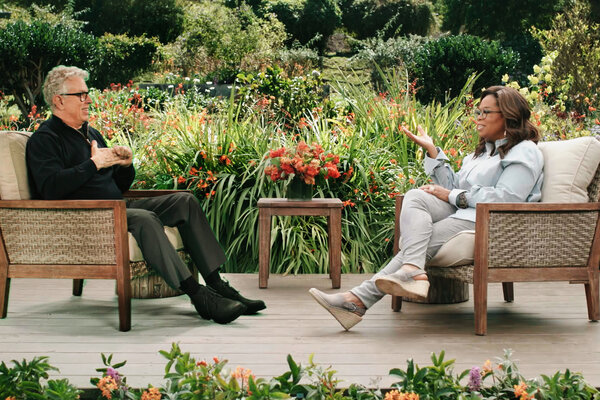 SUPER SOUL What’s it like to write a book with Oprah Winfrey? Is she the kind of collaborator we all remember from group projects in high school — the deadbeat who goes dark until the bulk of the work is completed? Or is the queen of incisive interviews (and basically everything) a latter-day Tracy Flick, getting it all done herself without input from anyone else?

Bruce D. Perry is especially qualified to answer these questions. The renowned neuroscientist and trauma expert just wrote and published an instant No. 1 best seller, “What Happened to You?,” with Winfrey, whom he described in a phone interview as “gentle and kind” — a partner who listens and responds well to dissenting feedback. He said, “If you close your eyes, disagreeing with Oprah is like disagreeing with anybody else. I think because we’ve known each other for such a long time, I just feel comfortable with her.”

The two met 30 years ago, when Perry was on the faculty at the University of Chicago and working as a consultant for a residential home for children who had been abused and neglected. A board member at the home mentioned him to Winfrey, who had just gone public about her own experience with sexual abuse.

“She reached out and we started having conversations,” Perry recalled. “I was not her therapist. But she wanted to solve the problem. She was like, ‘How do we make this better?’ I tried to be real honest about what I thought and sometimes I walked out of meetings and I’d think, I’ll never hear from her again. But over time she came to feel comfortable with the fact that I was going to be honest with her.”

Winfrey invited Perry to be a guest on her show and he eventually worked with her on her school project in South Africa, Oprah Winfrey Leadership Academy for Girls. Their decades-long association is the backbone of “What Happened to You?,” which tackles resilience, trauma and grief from both scientific and emotional vantage points.

“The hardest part was to take the science and distill it so the lay public can understand,” Perry said. “Oprah didn’t want a lot of the science. At one point, she laughed and said, ‘I never thought I’d write a book that had a graph.’”

Perry doesn’t expect anything to change for the pair now that they’re fellow best sellers. He said, “I’ve seen how generous Oprah is with her time and energy and the last thing I would do is be a tap on her bandwidth. When she wants to touch base, then we talk.”