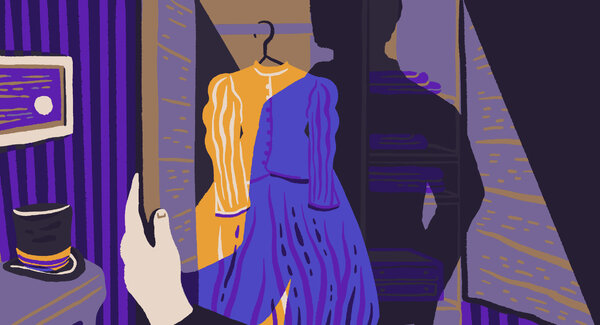 “Who among us is undisguised?” demands Jonathan Perry, the narrator of E. J. Levy’s first novel, THE CAPE DOCTOR (Little, Brown, 342 pp., $28). “Which of us reveals himself truly to the world?” This might sound like idle speculation, but to Perry, a character based on the prominent early-19th-century physician known as James Miranda Barry, who was born Margaret Anne Bulkley, it’s a matter of life and death. In flight to London from an oppressive father and brother in Ireland, Perry is able to pose as the nephew of an artist uncle and, thanks to the patronage of a wealthy backer ignorant of the true story, enroll in medical school in Edinburgh. What follows is a distinguished career as a military surgeon and a personal existence often seen as eccentric, coldly efficient, standoffish — and, during a long assignment in South Africa, clouded by rumors suggesting a scandalous, possibly criminal, sexual bond with the colony’s aristocratic governor.

The real James Barry’s ruse was discovered only during a deathbed post-mortem, and debates about the choices that ruse involved are still being waged. How should Barry be considered? Trans? Male? Female? Levy opts for the last, adopting that perspective so her narrator can explore — sometimes painfully, sometimes wittily, always persuasively — the differences between a woman’s experience of Georgian and Victorian society and the masculine freedom to be found when those social constrictions are eased.

Learning new ways to walk, talk and think proves so liberating that abandoning the hoax, even when the opportunity arises, seems impossible. “I was not a woman pretending to be a man,” Perry concludes. “I was something far more shocking — a person no longer pretending to be other than that, a person simply being a person … simply being who I was.”

“Simply being” is a major achievement for two of the three central characters in Catherine Chidgey’s powerful new novel, REMOTE SYMPATHY (Europa, 526 pp., $26), which is set on both sides of the barbed wire barriers at Buchenwald. Dr. Lenard Weber is a prisoner whose prewar experiments have come to the attention of Sturmbannführer Dietrich Hahn, the concentration camp’s supply chief, as he searches for a cure for his young wife, Greta, who has ovarian cancer. Weber suspects that his electrotherapy machine — which used the “energetic power,” or “remote sympathy,” in one part of the body to influence diseased parts elsewhere — was a failure, but Hahn doesn’t know that. He has chosen to keep Greta ignorant of her condition and he’s desperate.

Soon the men enter into a tense bargain, with duplicity on both sides: Weber will treat Greta with a secretly assembled version of his bogus “Sympathetic Vitalizer” in exchange for news of his wife and daughter, believed to be interned at Theresienstadt (although Hahn knows otherwise). Clandestine radio broadcasts suggest the Reich is on its way to defeat. The doctor’s survival depends on keeping his patient alive until then.

Chidgey sets the perspectives of Weber and the Hahns in counterpoint, giving a chilling intimacy to the daily routines inside the Hahn household and at the inmates’ nearby barracks. As the days pass, another kind of remote sympathy builds between Greta and her doctor. Baptized Lutheran but of “problematic” ancestry because one of his grandparents was Jewish, Weber prefers science to religion. Forced to abandon the Roman Catholicism of her childhood when she married a Nazi, Greta finds comfort in a secret return to her faith. Succumbing to her pleas, Weber steals a Bible from the camp’s hoard of confiscated goods and prays with her while the hum of his machine provides cover. Over and over, they chant together: “Deliver us from evil.”

There was no deliverance for Andrew Haswell Green, one of New York’s most prominent citizens, on Nov. 13, 1903. That Friday, as he returned home for lunch, the 83-year-old lawyer was shot dead in the street by an assailant who demanded, “Tell me where she is!” Jonathan Lee’s intriguing novel about the case, THE GREAT MISTAKE (Knopf, 291 pp., $26.95), has all the ingredients of a whodunit, but he’s more interested in the personal mysteries of the man who opened up the city “while keeping himself closed.” Without Green, there would be no Metropolitan Museum of Art, no Museum of Natural History, no New York Public Library, no Central Park. And Brooklyn, western Queens County and Staten Island would not be joined to Manhattan. Green’s enemies called this expansion the “Great Mistake,” but Lee’s finely drawn narrative gives the phrase another meaning, one that hints at the vagaries that can seal any man’s fate.

Expect no such subtleties from J. H. Gelernter’s Napoleonic thriller, HOLD FAST (Norton, 242 pp., $25.95), written in self-professed homage to Patrick O’Brian and Ian Fleming. Gelernter’s swashbuckling hero, Thomas Grey, has just left his post as head of the British Admiralty’s secret intelligence service on Malta, despondent over the violent death of his wife. But when an opportunity arises to take revenge on the Frenchman he considers responsible, Grey doesn’t hesitate. Posing as a disgruntled former officer willing to sell his country’s secrets to an Irish-French network of spies, he journeys to Paris and uncovers crucial information about France’s battle plans that must be delivered to London as swiftly as possible.

Along the way, Grey survives a duel in the Bois de Boulogne, a sword fight in a lavish country mansion and a few days on the rack in the cellars of the Conciergerie, taking time out, in true James Bond fashion, to bed an amber-eyed mademoiselle and savor an impressive amount of vintage Champagne. Gelernter is less interested in rounded characters than in rounding up research, which can make for a few awkward moments. But his deep dives into period detail also yield some clever plot twists, as when Grey decides to smuggle himself out of France by the same means that British cheese has been smuggled in. And then there’s that newfangled Girandoni air rifle, which Grey deploys with the sort of bravado 007’s quartermaster, Q, would have found distressingly familiar.