Find Psycho scary? Read this — and you’ll never shower again! Biologist examines the species living in homes around the world

How much wildlife is there in your house? We’re used to the idea of the Amazonian rainforest teeming with creatures. But what about suburban homes?

Over a number of years, Rob Dunn, a U.S. biologist and ecologist and his team, surveyed the species to be found in 1,000 houses from around the world. The results, revealed in this remarkable, jaw-dropping, occasionally unappetising book, are astonishing.

Take the shower heads in bathrooms. As water passes through them, a thick biofilm builds up. Its infrastructure is made from bacteria excretions. Basically, as Dunn puts it, it’s ‘bacteria poop’. 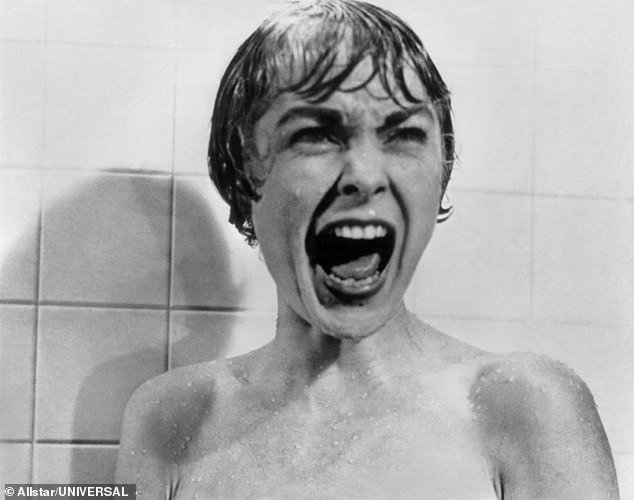 The biofilm has its own miniature ecosystem: organisms known as protists eat the predatory bacteria; minute nematode worms eat the protists. Every bit of water that has ever emerged from your shower head has been filled with tiny critters. It’s enough to put you off showering for life.

For some people this is the stuff of nightmares, but Dunn and company were not finished. They also investigated the assorted creepy-crawlies found in homes.

Some have been living side by side with us for a long time.

The camel cricket was keeping us company when we were living in caves. A prehistoric carving of one was found on a piece of a bison bone in a French cave.

And flies have always been with us. The Egyptian pharaoh Tutankhamun was buried with a fly swatter. Even in the afterlife, he assumed he’d need to keep insects at bay.

In one home studied by Dunn, a bearded lacewing and termites co-existed, although not peacefully. The lacewing is a rare species which lives in termite nests. It releases a toxic vapour from its rear end which stuns the termites so it can eat them.

In another house, there was a beetle that can only be identified by a careful inspection of the hairiness and shape of its penis.

Our pets bring plenty of other visitors into the house. Dogs are like walking zoos of parasites and ticks, and their guts are ‘the place that the worms go to have sex, produce eggs and die’. 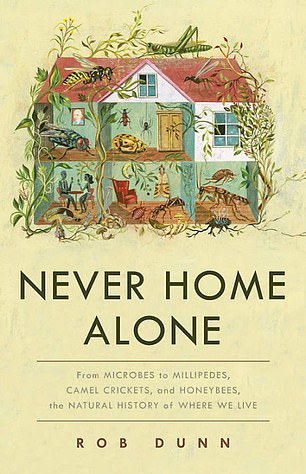 Unfortunately, humans can be infected by the larval tapeworms. These form cysts, which can grow as big as basketballs in the sufferers. You might want to think twice about allowing your dog to lick your face: you just don’t know where Fido’s tongue has recently been.

One of Rob Dunn’s heroes is Antony van Leeuwenhoek, the ‘first microbiologist’ in history. When the 17th-century Dutchman trained his early microscope on a drop of water, he was in awe of what he saw: ‘So many thousands of living creatures . . . all huddling and moving, but each creature having its own motion’.

Dunn feels a similar sense of grandeur when he contemplates the extraordinary biodiversity his research has uncovered.

His achievement in this book is to convey this wonder to his readers.