Fly-fishing and fatherhood on the river of life – Mark Hume learned, demanded patience, skill, dedication, and a certain humility before nature

Reading The Water is a book about fly-fishing in Canada. A bit niche? But as well as the delights of catching salmon and trout in the great rivers of British Columbia, it provides a profoundly thoughtful and beautifully written account of the author’s boyhood and troubled family, of later becoming a father himself, and the pride and loss that parents feel when their children grow up and push off into the flow of the world.

In other words, yes, Reading The Water is about fly-fishing — but it’s also about life. Mark Hume began his love affair with fishing at the age of seven, in a small mountain stream, ‘where I found a trout that seemed to have always been waiting for me’. 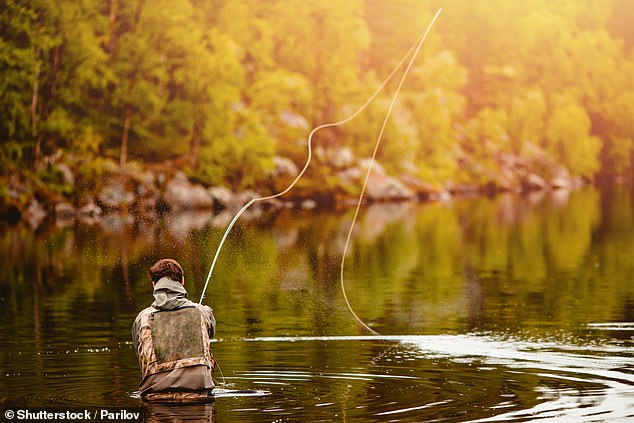 Mark Hume began his love affair with fishing at the age of 7, in a mountain stream. The writer learnt that fishing required dedication and patience with nature

And fishing, he learned, demanded patience, skill, dedication, and a certain humility before nature: because some days she will decree that you don’t catch a thing. It ‘fosters resilience and inner strength,’ like many of our seemingly frivolous hobbies and pastimes perhaps.

His evocation of a Canadian boyhood, blissfully pre-internet, much of it spent out in the wilds, is entrancing — especially for readers from the smaller, tamer island of the UK. Hume was raised in a place called the Okanagan Valley, full of rich orchards. ‘We knew of one old man who protected his cherry trees from raiding kids by firing shotgun shells loaded with coarse salt instead of buckshot.’ Ow! There was an almost frontier toughness to life then — and I doubt the fruit-­thieving children got much sympathy from their parents either.

Just above the valley was Campbell Mountain, ‘home to rattlesnakes and burrowing owls’. ‘And once, in moonlight, I looked out to see a Canada lynx drift past on padded feet as big as cushions, silent as snow falling on snow.’

Later, they moved from the forests and mountains of British Columbia to the great plains of Alberta with its ferocious winters. At the spring break-up, the river ‘was a runaway train, rattling and squealing on the corners as cakes of swirling, dirty ice jostled in confusion.’ The nearest neighbour was a mile away across the grain fields. 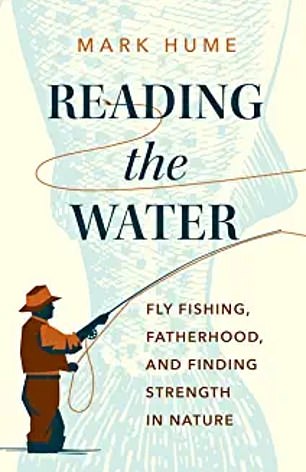 And then his parents divorced. ‘I knew there was something broken and dangerous in the world of adults, something hidden, like a piece of glass in the water.’

Later, he married and had two daughters, Emma and Claire; and like many children of divorced parents, he was determined to make a better go of it than his parents had done. To his great delight, as children his girls happily came fly-fishing with him.

Teaching them the lessons of the river, of stillness and observation and only taking just enough, were some of the best things he did as a father, he believes — along with nights camping out in the forest and learning about the harsh yet somehow kindly laws of nature.

There were some memorable encounters: with bears, both brown and grizzly, and once an old Secwepemc Indian, hunting with a fish-spear.

In time — time which passed dismayingly fast — the girls were no longer children but teenagers and then young women, off to university, starting careers.

Meanwhile, his own aged mother, also a lifelong nature lover, who had never married again after her divorce, went into hospital and died in 2008.

‘She had disconnected all the electronic monitors attached to her and there was no alarm when her heart stopped.

‘The nurse found her with her hands folded on her chest, her face serene, as if she were lying in a forest glen. I think the last thing she heard was the dawn chorus. And when the deer walked away into the woods, she followed, the ferns barely moving as she passed them.’

I thought this beautiful, elegiac passage would make the right ending to this review. But then…

‘As I finished the final draft of this book,’ writes the author, ‘Emma and Claire announced they were both pregnant. They were due to give birth in the Fall, just a few weeks apart.’

This is the right ending. And life is indeed a river.