With Independence Day coming, what better time to read up on the men and women who founded and fostered our nation?

Don’t know where to start? We do! We’ve rounded up the top 10 best-selling biographies of America’s historical figures that have appeared over past 25 years on the USA Today best-selling books list. A couple have won Pulitzer Prizes, one was the basis for a popular cable miniseries and another inspired a hit Broadway show that turned into a pop-culture juggernaut.

All of the titles have fought their way to the top of the list. Some are newer to the list and and sold large numbers right off the bat. Others have become slow-burning classic through consistent purchases over time. 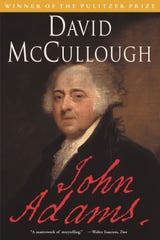 1. “John Adams,”by David McCullough. John Adams may not be our nation’s first president, but he is certainly first on our list. McCullough won the Pulitzer Prize for his 2001 portrait of the country’s second president. The book was turned into a successful HBO miniseries starring Paul Giamatti and Laura Linney in 2008.

2. “Alexander Hamilton,”by Ron Chernow. Chernow won the Pulitzer Prize for his biography on George Washington, but it was this biography of our nation’s first Secretary of the Treasury, Alexander Hamilton, that inspired the 2015 Broadway hit “Hamilton.” Chernow worked as a consultant to Lin-Manuel Miranda, who was inspired to write the musical after reading Chernow’s book.

4. “Thomas Jefferson and the Tripoli Pirates: The Forgotten War That Changed American History,” by Brian Kilmeade and Don Yaeger. While he’s one of the best-known Founding Fathers, it is Jefferson’s actions as president during the little-known Barbary Wars that intrigued readers of this book. 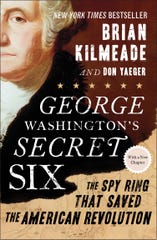 5. “George Washington’s Secret Six: The Spy Ring That Saved the American Revolution,”by Brian Kilmeade and Don Yaeger. These authors appear twice on this list, this time with the story of President Washington’s spy network, known as the Culper Spy Ring.

6.“Thomas Jefferson: The Art of Power,”by Jon Meacham. This biography of Jefferson focuses on the man as a politician and president and argues that we can’t understand America without understanding Jefferson.

7. “Benjamin Franklin: An American Life,”by Walter Isaacson.  The biographer, who has also penned books chronicling the lives of Steve Jobs, Albert Einstein and Leonardo da Vinci, focuses on the life of our most practical Founding Father and his many roles, including inventor, writer, diplomat and author of “Poor Richard’s Almanack.”

8. “His Excellency: George Washington,” by Joseph J. Ellis. The Pulitzer Prize-winning author of the Thomas Jefferson biography “American Sphinx” and “Founding Brothers” turns his focus on Washington and illuminates the president’s career, including his military service.

9. “Being George Washington: The Indispensable Man, As You’ve Never Seen Him,” by Glenn Beck.   The political commentator and radio host presents the father of our country as a real-life superhero who, while imperfect, was perfect for the time and whose legacy renders him immortal. 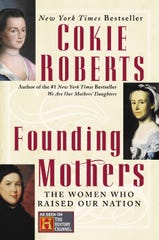 “Founding Mothers: The Women Who Raised Our Nation” by Cokie Roberts (Photo: HarperCollins)