Memoirs from John Lurie and Stevie Van Zandt, a biography of Aaliyah and more. 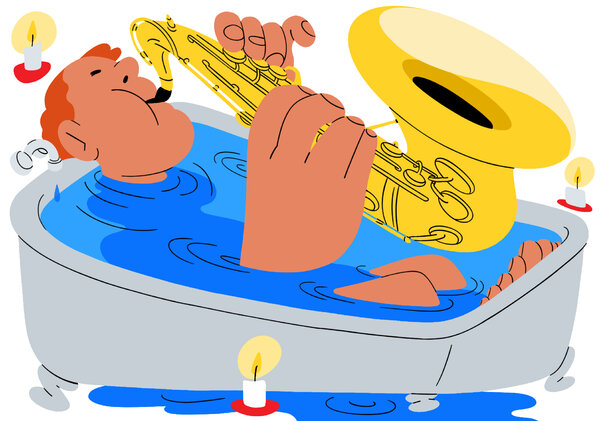 In the opening pages of THE STORYTELLER: Tales of Life and Music (Dey Street, 384 pp., $29.99), Dave Grohl, frontman for the Foo Fighters, recounts running into two unnamed legends backstage at the “12-12-12” benefit concert that followed Hurricane Sandy. “One had the shiny appearance of a brand-new luxury car,” he writes. “Perfectly dyed hair, spray tan, and a recently refurbished smile that had the look of a fresh box of Chiclets.” The other resembled “a vintage, burned-out hot rod. Wiry gray hair, deep lines carved into a scowl, teeth that could have belonged to George Washington, and a black T-shirt that hugged a barrel-chested frame.”

Grohl made a choice on the spot about which path he would take as an aging rock star. “I would aspire to become the rusted-out hot rod, no matter how many jump-starts I might require along the way.”

Every musician faces some version of this decision. If you do manage to get to the top of the charts, how do you stay there? What does it take to create a career out of making noise, and what might that look and sound like? A batch of new books addresses these questions from a variety of perspectives.

Grohl’s breezy, amiable memoir certainly shores up his place as the best-liked guy in rock ’n’ roll. He’s smart and self-deprecating, and never strays from his position as a fan, first and foremost. “It’s hard to put into words the belief that I have in music,” he writes. “To me, it is god. A divine mystery in whose power I will forever hold an unconditional trust.”

As its title indicates, “The Storyteller” is a series of anecdotes, taking us from the singer/songwriter/guitarist/drummer’s childhood in suburban Virginia through his discovery of punk rock, ascension to superstardom with Nirvana, and formation and leadership of Foo Fighters, who were just inducted into the Rock & Roll Hall of Fame. Along the way, of course, high jinks ensue — backing up Iggy Pop as a fledgling punk drummer, singing for former President George W. Bush, listening in while Paul McCartney gives Grohl’s daughter her first piano lesson.

The challenge for Grohl is that he has been so prolific across so many different media that some stories and themes are already familiar to his fans: We’ve heard about his devotion to the bonding power of “van tours” in a couple of documentaries, his work in (and acquisition of the audio board from) the historic Sound City studios in another project — even his deep bond with his mother was the basis for a TV series.

The Nirvana years don’t occupy a lot of space in “The Storyteller,” but they’re inevitably the emotional core of Grohl’s tale. Processing the group’s stratospheric success — “the rickety carnival ride that had once been our little group started spinning faster and faster” — will be a lifelong effort, but some of the most powerful moments are the most specifically musical.

“I could always tell when a chorus was coming by watching Kurt’s dirty Converse sneaker as it moved closer and closer to the distortion pedal,” writes Grohl, “and just before he stomped on the button, I would blast into a single-stroke snare roll with all of my might, like a fuse burning fast into the heart of a bomb, signaling the change.”

A few punch lines get repeated, and some characters are introduced only to be identified a few pages later, but you gotta give a little punk-rock latitude to a guy who proudly boasts about his love for Legos and that he still dresses “the same way I did in ninth grade.” As for the unlikely places Grohl has found himself as rock’s leading ambassador, he says that at a certain point, “I decided to stop asking ‘How did I get here?’ I was there.”