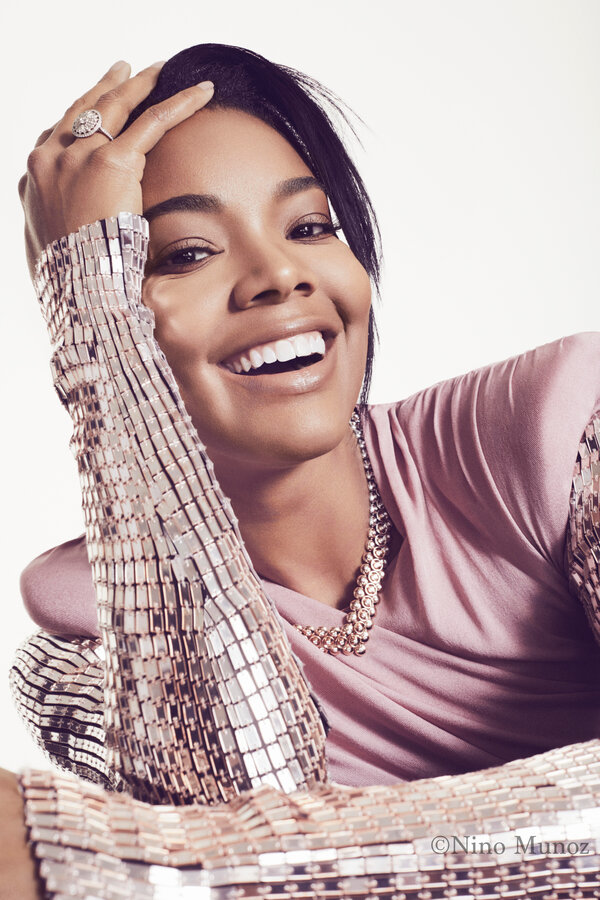 YOU GOT ANYTHING STRONGER?
Stories
By Gabrielle Union with Kevin Carr O’Leary

In the years since the actor and producer Gabrielle Union released her resonant 2017 memoir-in-essays, “We’re Going to Need More Wine” — which detailed her experiences with racism and sexual assault as a young person in Hollywood, and her struggle with infertility in her 40s — her life has continued to make headlines. She had her daughter, Kaavia James Union Wade, by a surrogate; her husband, the former Miami Heat player Dwyane Wade, retired from the N.B.A.; she’s spoken out against Hollywood racism; and she supported her teenage stepdaughter, Zaya, as she came out as transgender.

So it makes sense that Union would write another book, if only to give the kinds of updates she can’t fit on Instagram, where she has more than 18 million followers. In “You Got Anything Stronger?,” a collection of humorous, poignant and sometimes shattering essays, she wittily dissects and expands upon these public moments, tackling pain and feelings of inadequacy more forthrightly than you might expect from someone who appears so put-together. From the miscarriages that led to the surrogacy process, to finding solace in watching the 1992 Olympics as she recovered from a violent rape, Union reveals how solidarity and camaraderie can help a person rebuild after crushing loss.

Though she has long been an icon to Black women who watched her transfixing roles in “Bring It On,” “Love & Basketball” and the BET drama series “Being Mary Jane,” Union hasn’t had the type of Hollywood breakthrough that turns actors into A-list Oscar winners. So she was well positioned to benefit from social media’s growing indistinction between celebrity and influencer. By the time she announced her engagement to Wade in 2013, on Instagram, she had already built a brand that relied less on celebrity magazines. Now her role in the public imagination is as shaped by the social commentary she posts — along with doting photos of her husband and daughter — as it is by her work onscreen.

When someone so adept at sharing online publishes a memoir, let alone two, it’s easy to wonder if there really is anything left to know. But however revealing Union is on her feed, she’s even more so on the page. Blurring the line between public and private, many chapters in “You Got Anything Stronger?” hinge on the very act of disclosure, the moments where Union relatably brings social media more in line with real life. From the steps that Zaya took to come out (first to the family, then to friends, and then to the world in February 2020) to the conversations Union had with her parents about her decision to use a surrogate after a series of miscarriages, these essays reveal a keen awareness of the pressures of outside expectations, and of the necessity of pushing back against them to find happiness.

In the book, Union also begins to grapple with aging and mortality, explaining how fame further complicates an already stressful process. In “The Golden Lady of L.A.,” one of the collection’s strongest essays, she recounts the sudden death, only months earlier, of a longtime friend, whose Instagram photos Union now clings to, “trying to see if I really had missed some sadness.” A woman who dies alone loses her power to tell her own story, Union writes, but it can be reclaimed: “She has to depend upon the kindness and grace of strangers. And count on her friends to seize back ownership of her story to keep it in the family. Her chosen family.”

Union supplies plenty of celebrity cameos. She sings karaoke with Serena Williams. Janet Jackson texts her memes: “We are the older moms in our group, and we just get each other.” But they’re contained within an architecture of the author’s self-discovery that gives even the silliest stories a helping of wisdom and emotional heft.

In a chapter about a party where she and a few friends have a dance-off with Bruno Mars, Union makes an offhand comment that seems to sum up her work as a writer and a public figure, a simple yet inspiring message about how she was able to find her way. “The joy of connection in spirit that happens when you welcome in Black women — and don’t relegate us to holding up the wall,” Union writes: “That joy will change your life.”