There are a number of cases in ASOIAF in which Jon Snow shows an incredible amount of physical strength. When he was just a teenager in A Game of Thrones, it took two grown men to hold him down from killing a man. While there are a number of examples in A Storm of Swords – but just what is the source of this strength?

Well, in a popular new post on ASOIAF Reddit, user VoidBearer shared some of these moments of great strength from the books.

And while they were far from conclusive, the theorist pointed out a few possible sources.

They wrote: “What’s the source of all this strength? Is it Bastard Rage? Well, Jon (and by extension GRRM) clearly and textually refer to these feats as impossible. So it must have a supernatural source.

“In addition, while the books do have some superhuman feats, these are largely feats of superhuman cleverness, or impossible amounts of skill, (such as Brienne sort [of] fighting off seven skilled and ferocious brigands). They are not feats of superhuman strength or other similarly fantastical exploits (Discounting magic, and GRRM’s “miracle” that was Dany surviving the fire.)” 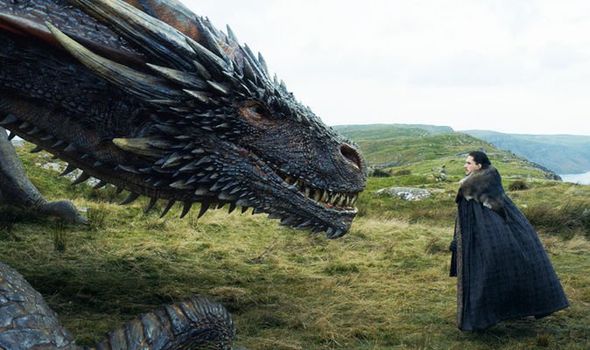 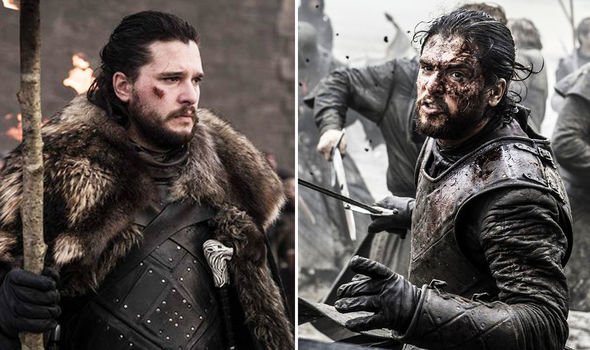 They continued: “Let’s examine further: is it perhaps Jon’s ability to warg and his connection to Ghost?

“Well of all exploits of Jon’s superhuman strength, the greatest one is performed without Ghost nearby.

“In addition, none of the other wargs in the book (Stark or otherwise) have gained such capabilities from their connections.

“Certainly, they perform amazing feats, but Varamyr Sixskins warged a bear for god’s sakes and he never exhibited super strength. So we can rule out Jon’s warg connection.”

They argued: “I’ve seen some people refer to it as Wolf’s blood and his descent from the Starks. But again, there is no other shared example of this.

“Ned, Robb, Sansa, Arya, and Rickon all fail to produce feats of superhuman strength, especially in spite of Ned’s arguably closer connection to the Wolf’s blood of the Starks.

“Ned himself is regarded as physically weaker than a few other characters in the books (Namely our Bobby B who used a warhammer that ‘Ned could not lift’.)

“And there is no myth or story of the Starks having superhuman strength, and there are plenty of mythic Starks who have performed deeds great and terrible.”

But then they came to the fact that we know Jon Snow is Aegon Targaryen, the true heir to the Iron Throne.

The theorist wrote: “The last potential source of Jon’s super-strength (that I can guess at) is Dragon’s blood. Textual evidence (and the show) indicate that Jon is likely descended from Targaryens. Perhaps Jon is the Prince that was Promised?

“It’s possible, but the myths haven’t linked that figure to super-strength, and there’s so much conjecture in that area, I’d rather not go there.

“No, let’s stick with what text can indicate. Viserys and Dany do refer to instances of “waking the dragon”. There doesn’t seem to be other textual indicators of such events, but it does give us something to go off of.”

They added: “Perhaps Viserys had heard of instances of Targ’s performing such feats, and believe[d] that when he acted in rage he was doing something similar?

“He was certainly using it as an excuse to abuse his sister, but there at least is something there [to] possibly indicate a source of extra-human strength.

“While there is the most textual evidence of Jon’s Targ heritage being the source of strength, the link is tenuous at best.”

With two ASOIAF books in The Winds of Winter and A Dream of Spring, hopefully, George RR Martin will reveal the true source of Jon Snow’s strength soon enough.