Good evening, here is the news… I’m your father! Presenter Justin Webb reveals he found out who is biological father was while watching TV

THE GIFT OF A RADIO

Who has the happiest voice on radio? It has to be Justin Webb. The longest-serving presenter on the Today programme always sounds cheerful, no matter how grim the news.

That affability and easy manner seems even more remarkable after reading Webb’s memoir, The Gift Of A Radio. The subtitle is My Childhood And Other Train Wrecks, which is apt: the experiences of his formative years would have driven most children completely off the rails. 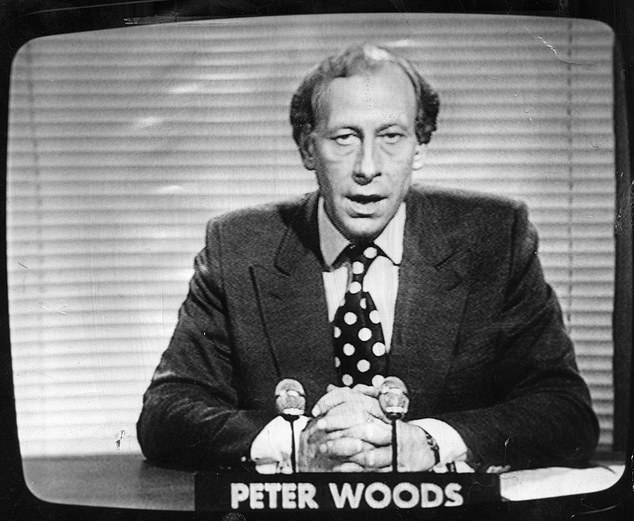 Justin Webb, who is the longest-serving presenter on the Today programme, shares key moments from his life in a memoir. Pictured: His biological father Peter Woods

His biological father was one of the most familiar voices in the land: the BBC newsreader Peter Woods. This had been a brief extra-marital affair (Webb’s mother had been the newsroom secretary at the Daily Mirror when Woods worked there) and Justin never met the man whose face was a daily presence in millions of homes.

He describes the moment when, watching the TV news with his mother, ‘A lugubrious-looking chap in a light-coloured suit with a deep, plummy voice said something about the balance of payments. “That’s your father,” my mother said, quite unprompted. I don’t think I spoke.’

Instead, young Justin, an only child, took to calling his teddy bear ‘Peter’.

His mother, born as Gloria Crocombe and raised in a well-to-do home, had fallen on hard times after a divorce from her first husband, being sacked from her secretarial job for being pregnant while unmarried, and getting no support from her family. So she responded to an advertisement for a housekeeper, placed by an ex-Bank of England clerk called Charles.

They later married, though Webb writes: ‘I have no idea how their relationship began or how it ended in marriage. There are no photos of the wedding.’

One thing was very clear, however. Justin’s new stepfather became increasingly disturbed. Or, as Gloria’s doctor told her: ‘I regret to inform you that your husband is stark, staring mad.’

This manifested itself in a form of advanced paranoia, for example, by throwing out all the milk in the household because Charles feared it had been ‘tampered with’ by an unknown poisoner.

In perfectly measured prose Webb describes how, on one of their ghastly lonely holidays by the sea, he watched Charles swimming far out, and consciously hoped he would drown — and his disappointment when his stepfather made it back. In fact, Charles makes at least one attempt to kill himself, by taking all the Valium he had been prescribed. But the poor man fails in that, too. 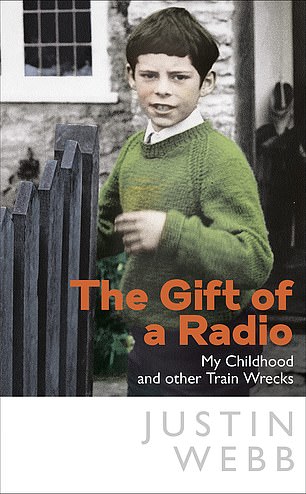 There are a number of ‘scenes’ Webb describes poignantly but without a trace of self-pity. One is a birthday, which, because Charles’s evident lunacy had frightened everyone away, consisted, as usual, of just the three of them. Justin cuts the cake and gives himself the first slice: ‘Charles, sternly but not unreasonably, instructed me that cake was to be shared.

‘I remember a pause before my mother screamed at him: “How the f*** is he supposed to know that, in this f *** ed-up house, when no one ever comes here?” ’

Of course, Gloria is sticking up for her son: and Justin’s salvation — the source of his confidence and even serenity as an adult — is that his mother’s faith in him is absolute. The last words of this profoundly affecting book are: ‘I had a mother I loved, who loved me. In the end, what else is there?’

Gloria is the unforgettable, endlessly perverse star of this memoir: an intelligent woman of the Left (for a time she subscribes to the Communist daily newspaper the Morning Star), but who is as snobbish as the most obtuse aristocrat.

This combination of socialist ideals with a class-based contempt for ‘the lower orders’ is hardly unique, but I’ve never seen it brought to life so well. Webb describes how Gloria had thought of joining the Labour Party, but the representative who comes to their home ‘was overweight and had a Birmingham accent. His name was “Don”. None of this was acceptable, in particular the name: “Don”. Mum spat it out.’

The one criticism Webb has of his mother is that she sent him to a Quaker boarding school, Sidcot, which back then was a truly dreadful institution. He writes: ‘To send a child to live away from home at the age of 11 may be forgivable in some circumstances, but not in most. To send a child 40 minutes down the road to the Sidcot of the 1970s was — sorry, Mum — a crime.’

To me, it seems obvious that Gloria must have thought it was a way for her son to escape from her husband’s lunacy. Anyway, it is a mark of Justin Webb’s overall message of love and acceptance that he dedicates this book not just to his mother but also to the stepfather he had wished dead.