Find solace in your seeds: From a modest plot of flowers by a Great War trench to the peace so many of us found in lockdown, tending and growing plants has always proved to be therapeutic for a troubled mind

Back in 1915 Alexander Douglas Gillespie, an officer with the Argyll and Sutherland Highlanders, wrote a letter home from the battlefields of Northern France.

He told how ‘a big shell suddenly swooped down from nowhere into the trench, killing five and wounding four’.

In the same letter he also proudly described the white Madonna lilies he had planted, just 350 yards from the German lines.

Gillespie, who died aged 26 on the first day of the Battle of Loos, was not alone in tending a garden in between the battles on the Western Front. Soldiers on both sides created patches of garden, often writing home to ask for seeds to be sent out to them. 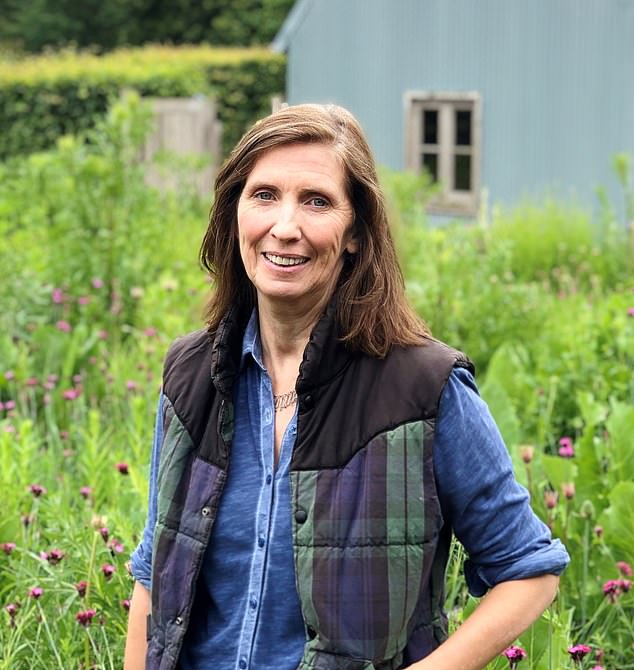 Psychiatrist and psychotherapist Sue Stuart-Smith (pictured), has penned a fascinating book, exploring gardening as a form of therapy

The psychiatrist and psychotherapist Sue Stuart-Smith suggests that growing these familiar plants provided an important psychological lifeline, a reminder of the safety of home. ‘Soldiers in the trenches dreamt of their mothers and their gardens,’ she writes.

Her interest in gardening as a form of therapy was inspired by the experience of her grandfather, Ted May, who also served in World War I. A submariner, he was taken prisoner and held in brutal Turkish labour camps for three years before he managed to escape.

He survived for 23 days at sea without any food; by the time he made it home he was close to death.

Ted slowly regained his physical health, but was plagued by nightmares and couldn’t bear to be alone in the dark. He only began to recover when he embarked on a course in horticulture and started working as a gardener.

Stuart-Smith remembers her grandfather as ‘robust and at ease with himself’, despite everything he had endured. His family were convinced that Ted’s long and healthy life was largely due to ‘the restorative effects of gardening and working the land’.

The idea of nature as a therapeutic tool isn’t a new one. As early as 1796, the physician William Tuke built an asylum near York where, instead of being restrained, patients were allowed to wander freely and given gardening work to do. 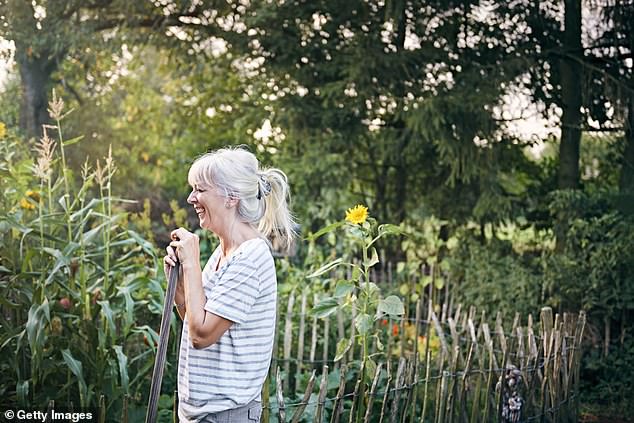 Author explained the men working the garden at Headley Court in Surrey, don’t have to be on guard because plants never make sudden movements (file image)

In the 19th century, Florence Nightingale observed that patients recovered more quickly if they were wheeled outdoors. As the brilliant neurologist Oliver Sacks commented: ‘In many cases, gardens and nature are more powerful than any medication.’ Horticultural therapy is particularly effective for people suffering from post-traumatic stress disorder. When Stuart-Smith visited Headley Court in Surrey, the rehabilitation centre for members of the Armed Forces, she noticed how focused the men working in the garden were, and the palpable relief they felt in being absorbed in their task.

‘Plants may sometimes be spiky,’ she observes, ‘but they will never make sudden movements or jump out at you, so you don’t have to be on your guard or watch your back when you are working in their company.’ The transformative power of a garden is also evident in the grim surroundings of Rikers Island, home to eight of New York’s prisons.

Anyone who has watched American cop shows such as Law & Order will know that Rikers has a fearsome reputation for brutality and violence, but in a far-sighted project, part of the island has been transformed into a garden.

The prisoners who work there harvest 18,000 lb of fresh produce a year, as well as cut flowers. One of the inmates tells Stuart-Smith: ‘Here you speak a different language . . . inside it’s all negativity, commotion and violence. Out here you can find yourself again.’ 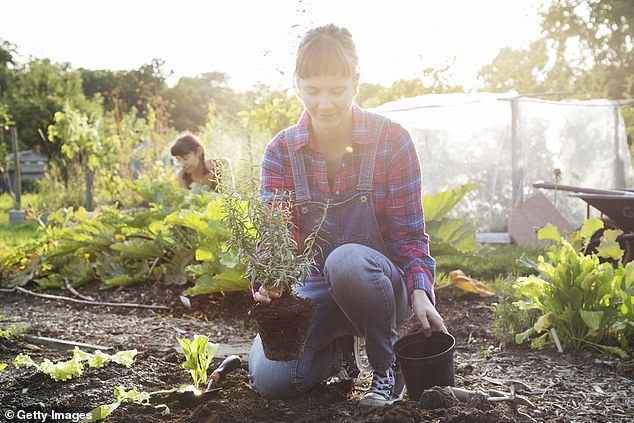 Sue Stuart-Smith reveals immersing herself in nature helped her to overcome the death of her father, while she was at university (file image)

What is it that makes gardening so uniquely healing? After all there are many other hobbies, from stamp collecting to long-distance running, which are also completely absorbing. Perhaps gardening is different because being surrounded by greenery is actually our natural habitat. The environmental scientist, Jules Pretty, has calculated that for thousands of generations, humans lived in close proximity to nature. ‘Put human history into one week, starting Monday, and this modern world emerges about three seconds before midnight on the Sunday,’ he says. No wonder concrete, graffiti and traffic make us depressed.

Gardening is creative but it also involves an element of controlled destruction, a handy outlet for your aggression when you are feeling angry, disaffected or alienated.

Digging the soil, cutting back vegetation and ripping up weeds are all highly satisfying activities.

Stuart-Smith suggests that if only Miss Havisham in Dickens’s Great Expectations had stopped brooding over being jilted on her wedding day and ‘had got the secateurs out, all that vengeance could have gone into transforming her garden’. 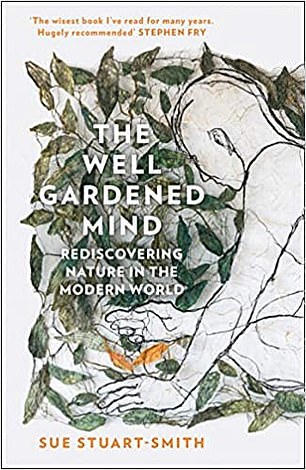 The Well-Gardened Mind elegantly weaves in case histories with snippets of memoir. Stuart-Smith’s description of how immersing herself in the natural world helped her overcome grief — her father died when she was at university — is particularly touching.

Although she was a late convert to gardening, it now plays a central part in her life; hardly surprising as she is married to Tom Stuart-Smith, one of Britain’s most revered garden designers, whose work is in demand all over the world.

Commendably, she doesn’t shy away from describing the disappointments inherent in gardening, and the feelings of murderous rage when your prize plants have been gobbled up by rabbits or slugs, although she reveals disappointingly little about the Stuart-Smith garden. Who has the final say on what is planted?

Is the occasional rogue nasturtium or marigold allowed to sneak in and mess up the planting scheme? Are there weeds?

She makes a convincing argument for the NHS to invest more in horticultural therapy: one estimate is that for every £1 spent on setting up a gardening project, £5 would be saved through reduced healthcare costs.

Her call for change is particularly timely considering how much solace many of us have got during lockdown from working in our gardens or allotments, or even from just being in a park.

As Sue Stuart-Smith wisely puts it, a garden ‘gives you quiet, so you can hear your own thoughts’.