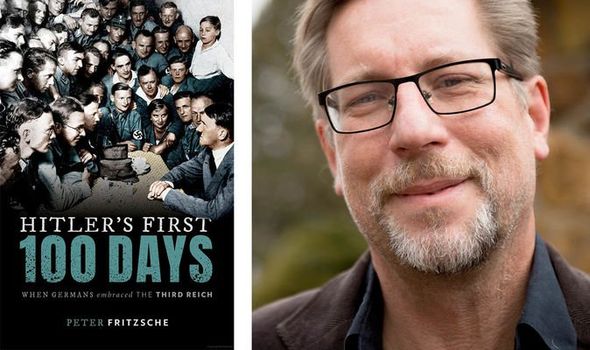 In the 1920s Germany was struggling still over their calamitous (for them) defeat in the First World War. The economy was not booming and there were deep splits between left and right. On January 30, 1933 in a room in a group of powerful German politicians met in the Chancellery to discuss where the country would go next.

Among them was the President of the Republic Paul von Hindenburg, 84, Franz von Papen, the 54-year-old former chancellor, 67-year-old right wing press baron Alfred Hugenberg and the 43-year-old leader of the National Socialist German Workers’ Party – the largest party in the Reichstag – Adolf Hitler.

Representatives from other German parties including the Communists and the Catholics were conspicuous by their absence.

Hitler was about to become chancellor and he promised that he would not use future elections to alter the make-up of the Cabinet but as he spoke to the other men he was already planning to win the forthcoming vote to change Germany into a one-party state.

When the announcement was made of Hitler’s appointment there was no discernible change of mood among the German people.

Thus it began – the National Socialists won the election, passed the Enabling Act allowing them to dispense with the constitution, appointed their own men to take charge in the federal states, dismantled trade unions, took over local government, passed anti-Semitic laws and opened Dachau, the first concentration camp – in Bavaria, ten miles northwest of Munich.

There would be no turning back.

Peter Fritzsche gives a comprehensive overview of how the Nazis took over Germany.

I would take issue with his claim that responsibility for the Reichstag Fire has never been established.

Most German historians are agreed that the fire was started by Marinus van der Lubbe, a Dutch communist, who was beheaded for his troubles.