Hot on sex… cold on emotion: From a steamy account by John le Carré’s mistress to Justin Webb on his snobbish but loving mother, the stand-out memoirs of 2022

MEMOIRS OF THE YEAR 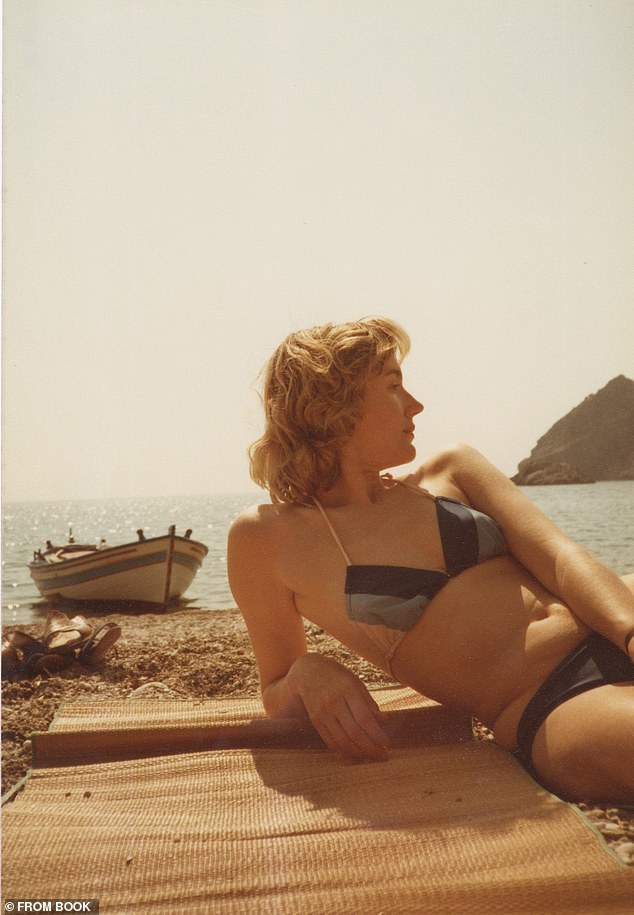 From The Secret Heart: John Le Carre: an Intimate Memoir by Suleika Dawson David reading The Spy Who Came In From The Cold at John Wood Studios, Soho, 1984 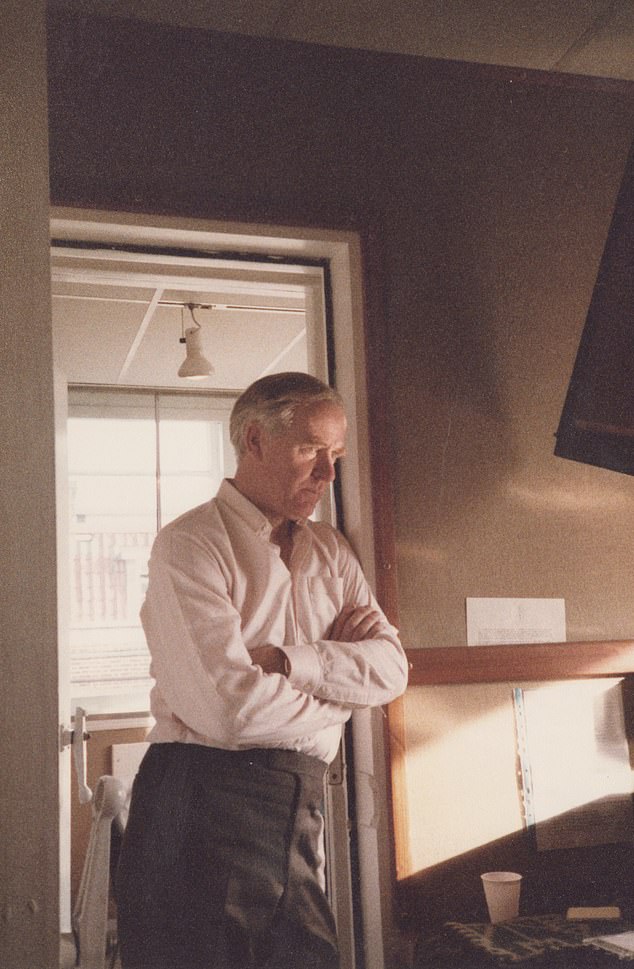 ‘Too much information!’ I squirmed, when it emerged in the spicy extracts from this book published in the Daily Mail that, during their steamy love affair in the early 1980s, David Cornwell (John le Carré) and Suleika Dawson (half his age, who met him when abridging his books for audio cassettes) used to go around in their Greek love nest without the bottom halves of their clothes on, ‘preferring to keep the lower parts ready for action’. 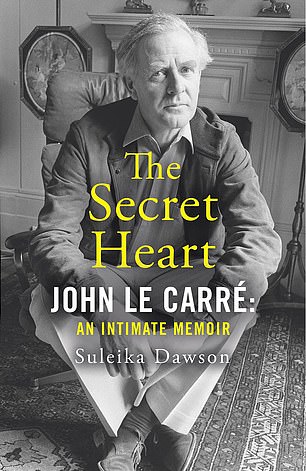 Then followed another blast of Too Much Information, when Dawson mentioned that one day, while le Carré was rummaging in the fridge in this state, she placed an ice cube on his scrotum. Spare us!

But Dawson’s highly readable memoir of their illicit love affair (le Carré was married to his second wife Jane) is not only a bonkbuster, dripping with intimate details such as that she took the Tube to their secret flat wearing nothing but a Burberry coat and high heels, and that their sex was ‘sex that only the hero and heroine can have; sex for the cameras; sex for the Olympics; sex for the gods’; it’s also a stark account of what it’s like to be the mistress of a powerful and secretive man. He could suddenly go totally cold on her.

It seemed that he never dropped the habits he’d picked up while working for MI5 and MI6. ‘Maintaining cover was more important to him than anything in the world,’ Dawson writes. ‘He was simply a perfect spy, always and for ever.’

The Gift Of A Radio

You’ll feel as though you’re living inside the 1970s when you read Justin Webb’s gloriously evocative memoir of his weird upbringing as an only child in the suburbs of Bath. 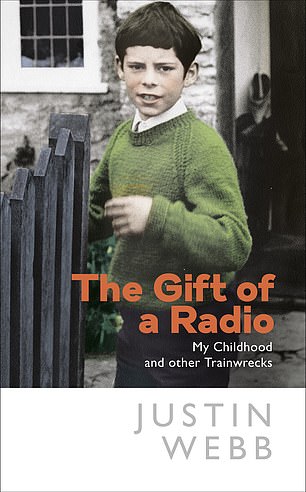 The power cuts: ‘We wrapped Granny up in newspaper (we’d seen it demonstrated on Blue Peter).’ The treats: ‘I celebrated my 12th birthday with a bowl of Frosties.’

The pastimes in the days before screens: ‘I devised and stamped out a full timetable for my train set.’ And the balm, while holed up in his feral boarding school run by bullying boys, of listening to The World Tonight on his transistor radio.

Watching the news one evening, presented by a ‘lugubrious-looking chap’ called Peter Woods, Justin’s mother announced to the preteen Justin, ‘That’s your father’.

This surprising fact — the hushed-up result of a brief affair — was not mentioned again, in the zipped-up household in which Justin lived with his mother and official father, who was mentally ill. He was smothered with love by his snobbish mother, who sniggered about anyone who used the words ‘pardon’ or ‘toilet’. Every page of this book will make you laugh and wince.

Jack And Me: How NOT To Live After Loss

The acerbic honesty of Cosmo Landesman’s account of his son Jack’s hellish journey to suicide aged 29, and his failure (as Landesman sees it) to be a good enough father to him, even though Jack became literally impossible to live with or help, makes this devastating book a must-read for anyone who cares about the growing numbers of suicides among young adult males. 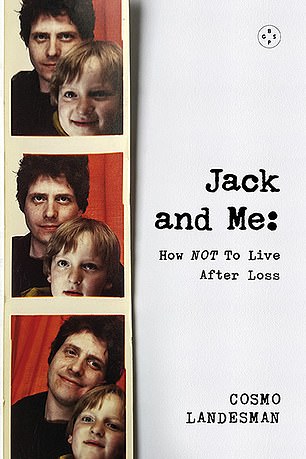 Pitiless towards himself, and with profound pity for Jack (his son by his ex-wife, writer Julie Burchill), Landesman takes us on the whole dreadful downward spiral, and leaves us with the urgent message: ‘Be kind’.

Poisoned by self-loathing, consumed by a sense of futility, addicted to drugs, and convinced his ‘brain was broken’, Jack was a ‘lump of misery’, slumped on a sofa watching violent films on his laptop, giving off his distinctive ‘Jack pong’. Cosmo writes with admirable honesty about the tough love he felt compelled to give him, in order to make him turn his life around.

None of it worked. ‘No one was as disappointed and disgusted by Jack as Jack was,’ Landesman writes. And yet he could be so sweet. ‘Just chill, Dad,’ he urged his father. (As if!) I read this profoundly moving book in one sitting.

Back In The Day

One morning, aged 13, Melvyn Bragg experienced ‘a sudden feeling of helpless blankness… The core that makes you know that you are you and what you are had slipped out of me’. 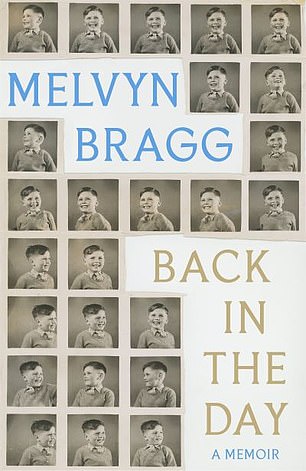 Bragg’s teenage nervous breakdown is a terrifying moment in his stunningly good memoir of his childhood in Wigton, Cumbria.

‘Even now, 67 years on from that adolescent experience,’ he writes, ‘I can go into what can accurately be described as a spasm, a wipe-out of memory, a “blind panic”, before making a speech, before doing a programme.’

The book opens with the words ‘I was brought up in a house of lies’. The chief deception was that ‘Mrs Gilbertson’, who he knew as his grandmother, was no relation. His real grandmother had been ‘eased out of the religiously enwrapped town’ after giving birth to Melvyn’s mother out of wedlock.

Yet this is a memoir full of rapture — the rapture of roaming his beloved town, the rapture of solitary bike rides, and of first love — and even the rapture of swotting in the sixth form, his schoolmasters making it their business to get this talented northern grammar school boy into Oxford.

Following on from her 2019 bestseller Lady In Waiting, Anne Glenconner, now 90 and delighting in her late-life success, takes us through facets of her rollercoaster of a life — author, daughter, wife, hostess, mother, lady-in-waiting, adventurer and friend — and throws new light on them all. 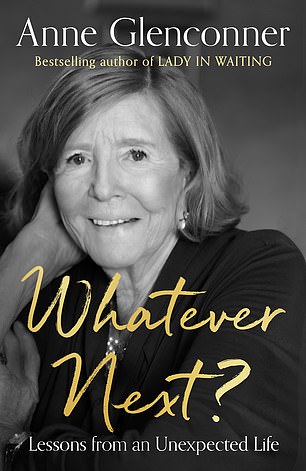 This is a lovely read, by turns hilariously anecdotal (when an Italian count put his hand down her blouse, she removed it and bit it ‘frightfully hard’) and unbearably sad, when she talks about the deaths of her two eldest sons, one from drug addiction leading to hepatitis C and one from Aids.

This time, she goes deeper into the true horror of her marriage to Colin Tennant, which she made light of in her first book. Here she admits: ‘I lived with domestic violence and emotional abuse for most of my marriage.’

Only once did Colin physically hit her, but that was a terrible incident, in Mustique. He drove her home after a minor perceived misdemeanour and hit her over the head with a walking stick, leaving her permanently deaf in one ear. Although they lived more separately from that moment on, she stayed married to him.

Confessions: A Life Of Failed Promises

‘Marital warfare was the air I learned to breathe,’ writes A. N. Wilson in his gripping confessional memoir, by turns hilarious and poignant, in which he puts his parents’ marriage and his own first marriage under the microscope. 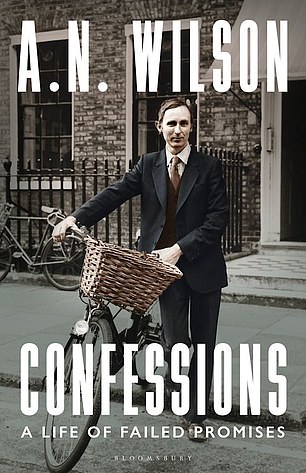 Of his tetchy mother, Jean, who seemed to subsist on one Jacob’s Cream Cracker per day, he writes, ‘She had a greater capacity than anyone I ever met to squeeze discontent from the happiest of circumstances.’

Of his own first marriage to the Renaissance scholar Katherine Duncan-Jones, he recounts his escalating rage at having been trapped, aged 20, by a woman ten years his senior.

Yet, along with the rage — also fired up by recalling his sadistically abusive prep-school headmaster — there’s profound affection in this beautifully written book, not only for a host of minor characters, including a saintly vicar who admits he doesn’t believe that prayer works, but also for his mother and for Katherine.

Wilson’s depiction of Katherine’s gradual vanishing in the grips of dementia is one of the most heart-breaking accounts of that disease I’ve ever read.

Clearing out her parents’ cupboard recently, Sue Barker came across an envelope. ‘Grass from the Centre Court (Aberdare Cup, 1969),’ it said on the front, in her father’s handwriting. 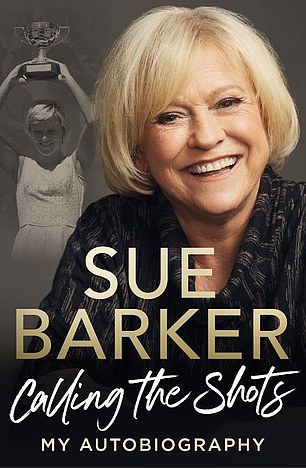 It was a memento of the day when 13-year-old Sue embarked on her stellar tennis career, thanks to being talent-spotted at her convent in Paignton by the resident coach at the Palace Hotel in Torquay, Arthur Roberts. He became her lifelong coach and mentor (she still refers to him as ‘Mr Roberts’).

Sue tells the story of her life as both tennis player and TV presenter, recounting the best moments (such as winning the French Open aged 20) and the worst (losing to Martina Navratilova in the Wimbledon quarter-finals weeks later, and losing to Betty Stove in the semi-final in 1977) — all recalled as if they happened yesterday.

She dated Cliff Richard for a while, only to be told via a friend that ‘Cliff wants to cool it’. All very well — but why did he then have to harp on in interviews for decades about ‘not loving her enough to propose’? It drives her mad.

Considering she got badly bitten on the eye and face by her aunt’s dog in 1980, it’s amazing that Sue (happily married and living in the Cotswolds) has since been the adoring owner of five Rottweilers.