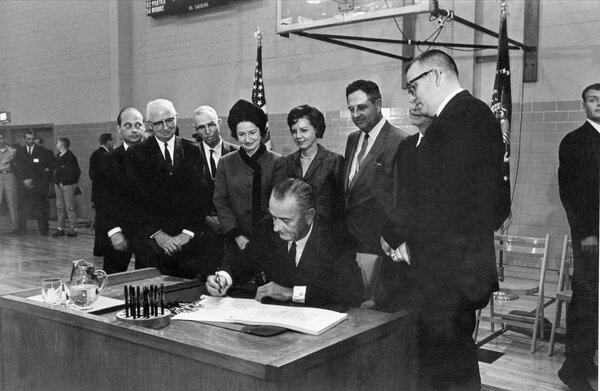 The day in 1957 when the Russians launched Sputnik, Lyndon Johnson, then the Senate majority leader, was hosting a dinner at his ranch outside of Austin. As the evening set in and stars appeared, Johnson and his guests gathered outside to look toward the sky, hoping to catch a glimpse of the first satellite in orbit. Sputnik had caught the world by surprise and for Johnson it was a wake-up call, a shocking realization that another nation could possibly dominate the United States technologically. Congress would need to do something, fast.