With enemies like these, you do need friends. This was the life-lesson — and indeed the life-saving lesson — that Sigmund Freud learned in 1938, when the Nazis walked into his beloved home city of Vienna and started terrorising the Jewish population.

When your enemies are the Nazis, you need not just any friends, but ones in high places who’ll swing into action, pull strings with the Gestapo, negotiate the extortionate ‘flight taxes’ and sort out the complicated paperwork in two countries that will enable you to escape to safety. 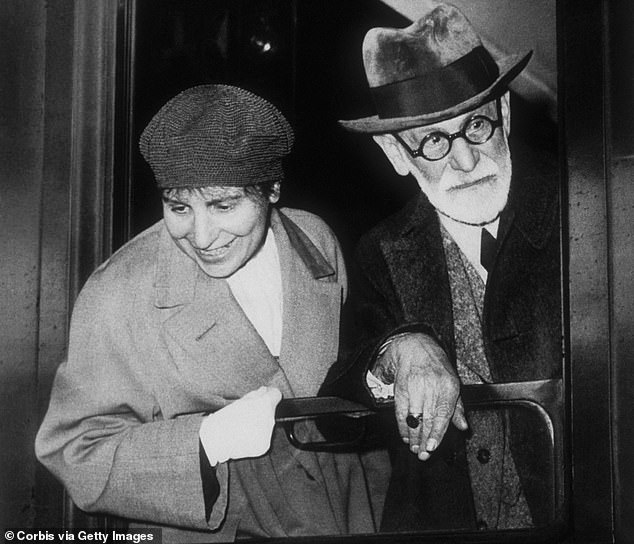 Sigmund Freud and his daughter Anna arrive in Paris in 1938, just after fleeing Austria from the Nazis

In his fascinating new book Saving Freud, American author Andrew Nagorski pieces together the story of an eccentric bunch of friends and admirers of Freud, who did precisely this for the man they revered. Thanks to their single-minded efforts, not only Freud himself but 24 members of his extended family managed to emigrate to England in June 1938.

Freud comes across as infinitely more likeable than in the 2017 demolition of him by Frederick Crews, who portrayed him (as I summed it up in these pages) as ‘the most vile, medically useless, misogynistic, snobbish, petulant, jealous, crazy, sexobsessed creep you could ever hope not to look up at from a couch.’

Nagorski resets the balance here, depicting him as a kindly old cigar addict with oral cancer, a family man of regular habits, who relished his fame and success but never took them for granted. The love of his life seems to have been not his wife Martha (mother of their six children), but his daughter Anna, who ministered to him like an unflagging nurse and angel. 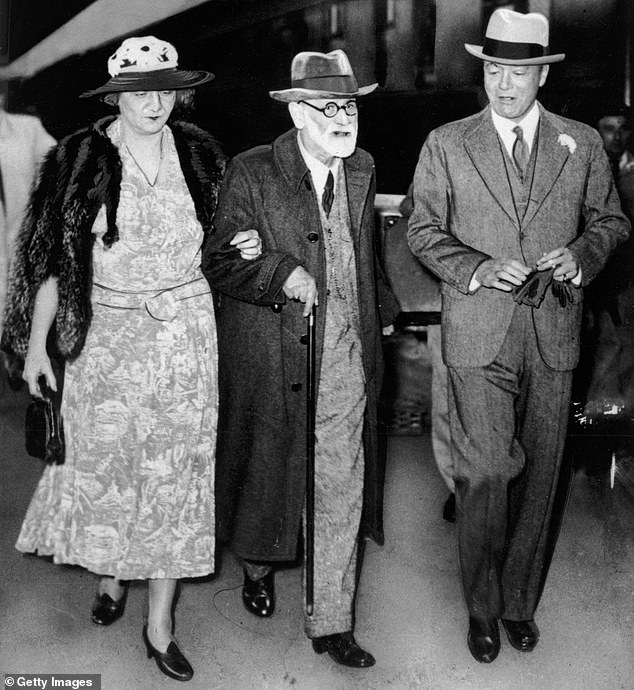 Austrian psychologist Sigmund Freud (center), escorted by Marie Bonaparte (Princess Marie of Greece), a French psychoanalyst and wife of Prince George of Greece, and by American ambassador to France William Bullitt, shortly after his arrival in Paris after leaving Vienna en route to London

In the people who came under his spell from 1905 onwards, Freud inspired a fierce and lifelong devotion. His disciples, who would eventually play their part in saving his life, were all damaged in various ways. One gets the sense that Freud was a magnet for the damaged.

Here’s the motley crowd. Ernest Jones, Welsh psychoanalyst, met Freud through Jung in 1908, and was enchanted by his theories. Jones had been accused of indecent behaviour by two pupils at a school for ‘mental defectives’, and was then accused by a ‘severe hysteric’ of having sex with her. He fought to save his reputation, became president of the British Psychoanalytical Society and married his Viennese secretary, who had been introduced to him by Freud.

Marie Bonaparte, great-grandniece of Napoleon, came to Vienna to be treated by Freud in 1925, when she was unhappily married to Prince George of Greece and unable to achieve orgasm. She and Freud fell instantly in platonic love with each other. She called him ‘dear Father’ in her copious letters to him written from her grand house in Paris.

Freud didn’t manage to cure her orgasm problem, though, and she went ahead with a mad operation to have her clitoris moved nearer to her vagina — which didn’t do the trick either. 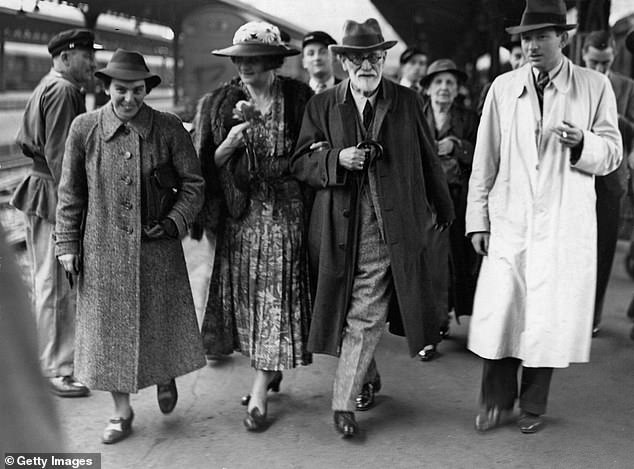 William Bullitt, U.S. Ambassador to Moscow, 35 years younger than Freud, came under his spell when he visited Vienna in the mid-1920s, and both men agreed strongly that the Treaty of Versailles was a disaster: not a recipe for peace but a recipe for continued war. The two men co-wrote a book psycho analysing Woodrow Wilson, which was not published till 1967.

It was Bullitt’s recommendation that led to the appointment of his former No. 2 in Moscow, John Wiley, as the U.S. Consul General in Vienna in 1937, with a special assignment of keeping a protective eye on Freud’s family.

Then there was Max Schur, Freud’s personal physician, who saw the approaching danger and made arrangements for his own family to emigrate to the U.S. But, bravely, he stayed on in Austria to care for Freud. And it was Schur who would inject him with the doses of morphine that would ease him into death on 23 September 1939, when his oral cancer became unendurable.

Why hadn’t Freud emigrated earlier in the 1930s? His son Ernst (father of Clement, Lucian and Stephen) had foreseen the coming danger and got out in 1933. But Sigmund was in a state of deep, almost pathological denial. When the Nazis burned his books in 1933 — one of them declaiming, just before throwing them onto the fire, ‘Against the soul-destroying over-estimation of the sex-life, and on behalf of the nobility of the human soul, I offer to the flames the writings of one Sigmund Freud!’ — Freud naively remarked, ‘In the Middle Ages they would have burned me; nowadays they are content with burning my books.’ 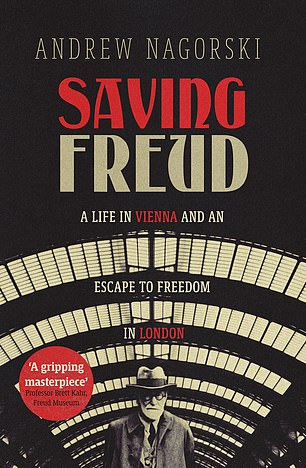 That was a reversal of Heinrich Heine’s astute remark on that same subject: ‘Where they burn books, they will also ultimately burn people.’

Freud might have been a world expert on the human psyche, but he was far from being the Mystic Meg of current affairs.

‘The brutalities in Germany seem to be diminishing,’ he said blithely in mid-1933, while thousands were being carted off to Dachau. And, ‘A nation that produced Goethe could not possibly go to the bad.’ Wrong, wrong, wrong. But his mind would be changed, at last, just a few days after the Nazis marched into Vienna, when a gang of armed Nazi brownshirts barged in to his apartment.

His wife Martha politely asked them to put their guns in the umbrella stand in the hall. She got all the cash in the house and said, ‘Would the gentlemen like to help themselves?’ They did, and left saying, ‘Herr Professor, we’ll be back.’

On that same day, Nazi thugs marched into Freud’s publishing house a few doors down, and held his son Martin at gunpoint while raiding the office for incriminating evidence. A few days later, Anna was taken away by the Gestapo for a day of interrogation. Freud knew the family needed to leave, and fast.

‘Operation Freud’ swung into gear. In Britain, Ernest Jones went straight to the top, securing an introduction to Home Secretary Sir Samuel Hoare, who gave carte blanche for entry permits for the whole extended Freud family. John Wiley made sure an American diplomatic car draped in the U.S. flag was parked all day outside Freud’s apartment, putting off the Nazis, who didn’t yet want to make enemies of the Americans. Marie Bonaparte paid the whole flight tax, amounting to the value of a quarter of Freud’s assets.

And off they were whisked, first to Paris in two private compartments of the Orient Express, and then to London — with Freud’s beloved chow dog Lün, who had to go straight into quarantine at Dover.

And Freud could die in the freedom of the country he called ‘This England …a blessed, a happy country inhabited by well-meaning, hospitable people.’

His four younger sisters, who didn’t manage to get out, would die in concentration camps. Were it not for those friends, this would almost certainly have been the fate of Freud and the majority of that lucky party who boarded the Orient Express on June 5, 1938.

If only six million other Jews had had such friends in high places.