I was raised in a house of lies: In a joyously evocative new memoir, Melvyn Bragg recalls how his mother’s illegitimacy cast a shadow over his youth

BACK IN THE DAY: A MEMOIR

As the many addicts of Radio 4’s In Our Time know, broadcaster Melvyn Bragg has a rare ability to keep the lay person in mind: to include rather than exclude, by asking university professors the kinds of questions you and I might ask.

In this utterly captivating memoir, too, he bears his audience in mind, never writing a dull or self-indulgent sentence and thinking about and celebrating other people on every page.

The characters range from his parents, Stan and Ethel, who ran the Black-a-Moor pub, where Melvyn swotted at the kitchen table for his A-­levels along with lugging the beer bottles up from the cellar and sluicing out the Gents, to his dodgy ‘uncle’ Andrew who kept budgerigars in the loft. 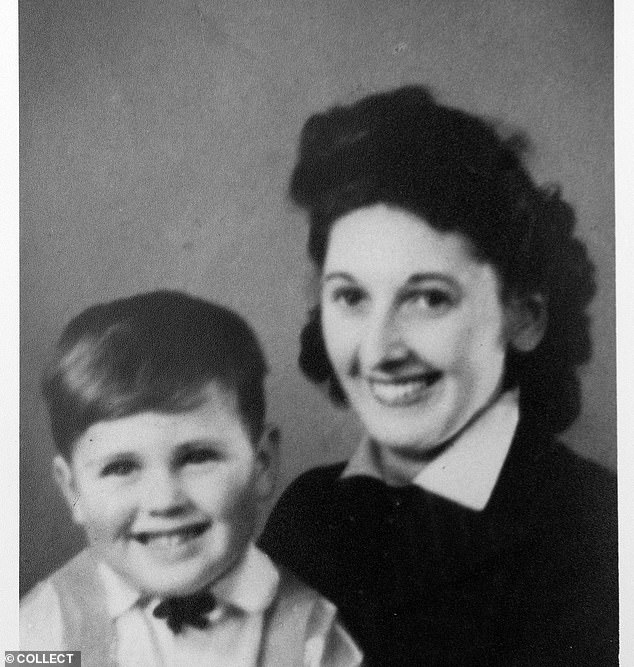 Melvyn Bragg, aged four, with his mother Ethel. Melvyn’s parents Stan and Ethel, ran the Black-a-Moor pub, where Melvyn swotted at the kitchen table for his A-­levels along with lugging the beer bottles up from the cellar and sluicing out the Gents

Then there’s his sweet, laughing first love whom he took youth hostelling in the Lake District on bikes, and the life-changing history master Mr James who taught at his school for 50 years, and who made it his business to get this talented northern grammar-school boy into Oxford.

Bragg’s childhood, spent running madly about the streets with his friends (‘the town was our globe… the streets our living room’), is set against an unforgettably affectionately drawn backdrop of kind but strict grown-ups who laced the place with a sliver of fear.

Of his childhood freedom to roam, he writes that he had ‘a feeling of infinite time. We basked in the place and had time to drift, time to feel that mornings had no end, that there was and always would be this soul’s ease in the world’.

This is typical of the way Bragg universalises personal experience, encapsulating what it is to be a child.

Strikingly, the book’s first sentence is ‘I was brought up in a house of lies.’ This made me think it was going to be a misery memoir. Far from it: it’s full of rapture and the joy of everything from singing in the church choir to going on holiday to Butlin’s in Ayr.

But there are darker sides to the story, and they too kept me gripped. The main lie of Bragg’s childhood was that his mother Ethel had in fact been born out of wedlock, the father unknown, and Ethel’s birth mother had been ‘eased out of the religiously enwrapped town a few months on’. Ethel, who was raised by a foster mother, Mrs Gilbertson, grew up with the indelible stain (in those days) of being a ‘bastard’ child. 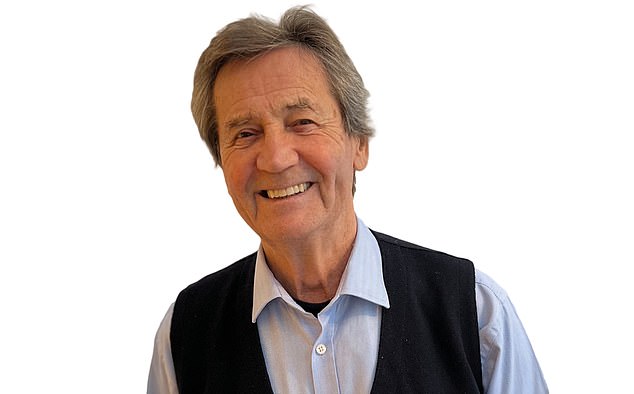 The main lie of Bragg’s (pictured) childhood was that his mother Ethel had in fact been born out of wedlock,

When Bragg discovered the truth in his teens — and that Mrs Gilbertson was not in fact his grandmother — he wondered whether the town was sprinkled with half-siblings, and which old man on the street might be his grandfather. Ethel was rescued from her childhood ostracisation and sense of low self-esteem by Stan. Bragg’s depiction of his parents’ kindness to each other, and to him, through their long, steady marriage is one of the most touching elements of the book.

The second dark strain is Bragg’s teenaged nervous breakdown. One morning, aged 13, he experienced ‘a sudden feeling of helpless blankness’.

Lying in bed, he felt absolute terror but didn’t dare tell anyone or have the words to describe the feeling that his mind had left his body. His behaviour at school deteriorated rapidly, and he was sent to 3A, ‘the pariah form’, as a punishment — made worse by the masters mocking him, in front of the class bullies: ‘Oh, Bragg will know the answer to this. You’ve probably done this already in 3A?’

‘Even now, 67 years on from that adolescent experience,’ Bragg writes, ‘I can go into what can accurately be described as a spasm, a wipe-out of memory, a “blind panic”, before making a speech, before doing a programme.’ 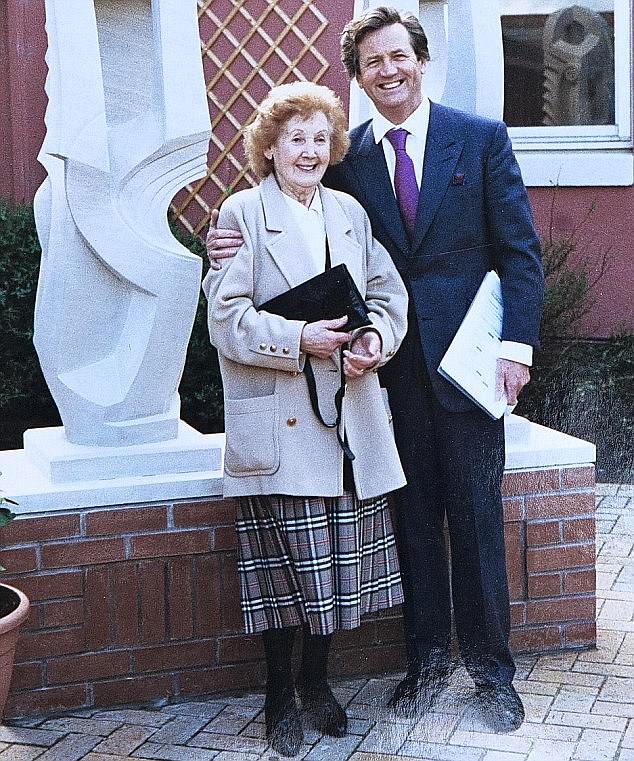 The second dark strain is Bragg’s teenaged nervous breakdown. One morning, aged 13, he experienced ‘a sudden feeling of helpless blankness’. He is pictured here with his mother Ethel

How did he pull himself together? ‘Through work,’ he writes.

Well, it was really overwork , plus incredibly long bike rides over the fells, plus falling in love with and being loved back by an adorable girl, a farmer’s daughter who left her grammar school aged 16 to work in the local bank.

Bragg is such a persuasive writer, with such clear recall, that he even recreates the excitement of a sixth-form English lesson. I got totally caught up with his falling in love with learning and knowledge: a love he still spreads every Thursday morning on Radio 4.

It was rare in that town to stay on for the sixth-form; you were expected to start earning for your family aged 16. As for going on to Oxford, when Mr James first mentioned this possibility to Stan, ‘he might as well have been talking about the rings of Saturn’.

But Stan — who emerges from this book a quiet hero — said ‘yes’ to the idea, and Bragg knew deep down that his highly intelligent father was encouraging him to have the fulfilment of an education he himself had been deprived of.

Bragg got a scholarship to Wadham — Mr James’s old college. Entranced by the beauty of Oxford, he moved away from his hometown. ‘I would go. But I would never leave,’ he writes.

For his whole life, the images of his Wigton childhood were ‘alive on the screen’ of his mind: ‘my father moving slowly around the cellar, checking the barrels, my mother going from room to room, cleaning in the morning, talking to friends, customers in the evenings, a homing place to which I could always fly.’