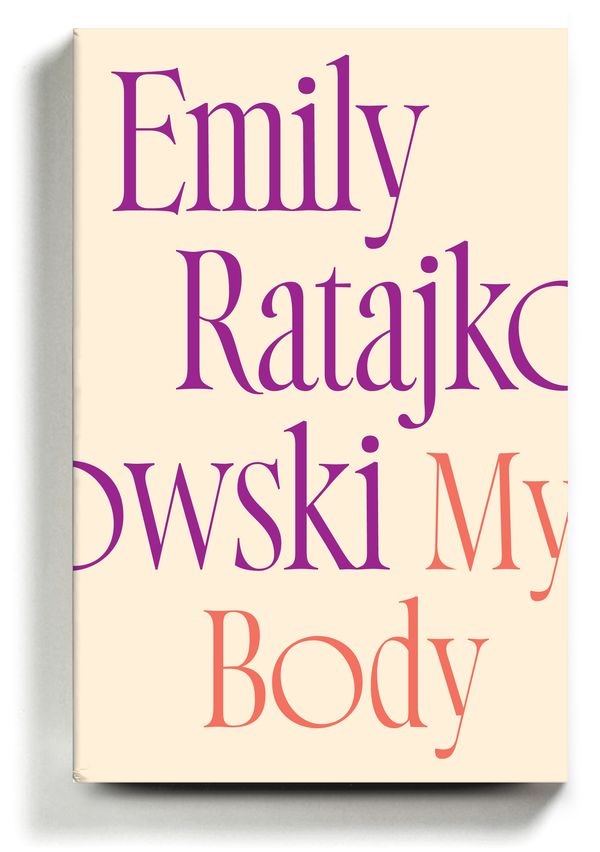 The figure of the modeling agent must be up there with the personal injury lawyer and the tobacco lobbyist as far as stock villain professions go. Has an honorable and kindly modeling agent ever been committed to print, film, television or stage? Are those very words doomed to suggest a leering cartoon rubbing his hands together and making “ah-ooga” noises as an underpaid model toils to funnel money into his cartoon bank account?

Emily Ratajkowski’s book of essays will not alter the record. It features multiple modeling agents, none of them savory. One arranges for Ratajkowski to attend the Super Bowl with a random financier for $25,000. (It’s left to his client to infer that the words “go to” contain certain expectations.) Another pauses on a photo of Ratajkowski as a teenager and says, “Now this is the look. This is how we know this girl gets [expletive].” A third agent sends Ratajkowski, at 20 years old, to a job in the Catskills without mentioning that it’s a lingerie shoot, or that the photographer will show Ratajkowski nude photos of another woman, or that he will request that she, too, remove her clothes.

The Catskills voyage turns into a horror story. After being sexually assaulted by the photographer, Ratajkowski, having nowhere else to go, sleeps at his house, only to wake and find him posting a photo of her on Instagram. Adding injury to injury, the photographer later publishes a book of the photos taken the evening of the assault, leaving Ratajkowski “livid and frantic” as the book sells out, goes through reprints and sells out again.

That essay, called “Buying Myself Back,” is the strongest of the 11 collected here, which are serious, personal, repetitive and myopic. “This is a book about capitalism,” Ratajkowski told The New York Times in an interview. Arguably, the sleazy photographer could say the same about his book of ill-gotten pictures. But while he merely demonstrates the unremarkable fact that men daily exploit women’s bodies for money (and pleasure, and fame, and Oscars), what Ratajkowski describes in the essay — which was received with both applause and backlash — is the ambiguity of exploiting her own body.

That ambiguity is present in these essays, often frustratingly so. Part of the problem is that Ratajkowski’s conception of herself is at odds with the reality she describes, which is a sincere but exasperating kind of celebrity dysmorphia. Evaluating her career, she concludes: “My position brought me in close proximity to wealth and power and brought me some autonomy, but it hasn’t resulted in true empowerment.” Only Ratajkowski can determine her sense of autonomy. But wealth and power are more easily quantified, and it seems fair to insist that Ratajkowski — with a booming women’s wear line, 28 million Instagram followers, a partnership with L’Oreal and a Super Bowl ad under her belt — is not merely in “close proximity” to either.

In an essay titled “Bc Hello Halle Berry,” Ratajkowski gets paid to go on vacation in the Maldives and grows annoyed when her husband calls her a “capitalist.” That comment comes when the two of them are lounging on beach chairs, doing a bit of people-watching. “I pointed out that we weren’t like the other guests at this resort,” Ratajkowski writes. The other guests, she tells her husband, are real rich people.

“I’m trying to succeed in a capitalist system,” Ratajkowski responds. “But that doesn’t mean I like the game.” This is broadly relatable; I’m pretty sure most people who aren’t Jeff Bezos feel displeased by their standing in the American economy of 2021. But merely being aware that you are doing something you consider morally shaky does not constitute resistance or absolution. In this case, the morally shaky part centers on Ratajkowski’s instinct that women are harmed by the abyss between themselves and the filtered, Facetuned, genetically or Photoshopically gifted individuals shown to them in ads implying that only X product can help narrow that abyss. Shortly before the beach conversation, Ratajkowski posts a photo of herself on Instagram to promote a bikini from her company. At breakfast she tallies up the likes for her husband: “Five hundred thousand in an hour. Not bad.” The title of the essay stems from a quote attributed to Halle Berry: “My looks haven’t spared me one hardship.” I bet that millions of unattractive people would disagree.

There are moments of courageous self-disclosure in “My Body,” and passages that made me laugh, like her description of a giant photo of Victoria’s Secret models “arching their backs and holding index fingers up to their mouths as if flirtatiously telling me to shush.” (You know the pose.) She performs a public service by excerpting the treatment for Robin Thicke’s “Blurred Lines” video, which might be the most embarrassing PDF in the history of entertainment. (A treatment is a pitch outlining the projected tone and content of the finished video.) Scrolling through it, Ratajkowski sees phrases like “TRUE PIMP SWAG” and “NAKED GIRLS XXX” and “THIS IS FAR FROM MASOGYNIST.” [sic] She declines the job, but reconsiders after meeting with the director — a woman, to Ratajkowski’s surprise — and negotiating the rate up.

That video is what launched Ratajkowski to fame in 2013. With its onscreen hashtags and images of Thicke murmuring “I know you want it” in a model’s ear, the video now looks so dated it might as well be a Civil War daguerreotype. Ratajkowski is funny and charming, dancing goofily and rolling her eyes at the idiocy unfolding around her. But it is still a video that features three semi-naked females (the models) cavorting among three clothed men (the artists), demonstrating a vision — the director’s vision? Robin Thicke’s vision? Both, maybe? — that nudity is precisely the “skill” these women bring to the table.

The essay about “Blurred Lines” is the one that most clearly captures the perplexing nature of Ratajkowski’s position. She’s thoughtful and skeptical, and has been treated wretchedly over the course of her career; she grapples intently with her sense of victimization at the hands of those who would use her body to sell their products. It seems strange, then, that her empowerment should arrive in the form of doing exactly that, albeit on her own terms and with her own products. It is inarguably better that Ratajkowski, rather than some horny bozo, receive the profits from her image — but does a more equitable distribution of cash really make a difference to the young women who scroll through Instagram, rapidly absorbing new reasons to despise themselves? That, it seems to me, is the unsolvable moral question at the heart of this book.

In a later essay, “Transactions,” Ratajkowski reprises the metaphor from the Maldives. Contemplating other models and actresses she has known, Ratajkowski writes: “There was no way to avoid the game completely: We all had to make money one way or another.” And yet there is no binary that consists of, on one side, “Make money in a specific way and feel conflicted about it,” and, on the other side, “Don’t make any money at all and feel virtuous.” To frame it in those terms creates the false impression that there is, in the end, no choice — an act of self-exoneration and, more to the point, disempowerment.