HONG KONG — Even after this city returned to Chinese control in 1997, it has traditionally held the largest annual vigil for the Tiananmen protesters killed in the government’s crackdown. It is home to the only museum dedicated to the events of 1989.

But as Beijing’s influence has increased, one of the greatest reservoirs of those memories — Hong Kong’s publishing industry — is imperiled. On the 30th anniversary of the Tiananmen crackdown, people who produce books documenting it and other key moments in Chinese history fear they will soon be driven out of business.

“Independent publishing has been reduced to a nonprofit activity for preserving some important historical documents, memoirs and recollections,” said Bao Pu, the founder of New Century Press, one of the few surviving Hong Kong publishers focusing on modern China. “Otherwise it would be gone.”

Hong Kong once churned out a broad range of books focused on China’s modern history and Communist Party politics, from thinly sourced potboilers churned out under pen names to respected works of analysis by top authors. Books and magazines in Hong Kong were often the venue of choice for leaks from Communist Party elites, and where ousted mainland officials would shop their memoirs. 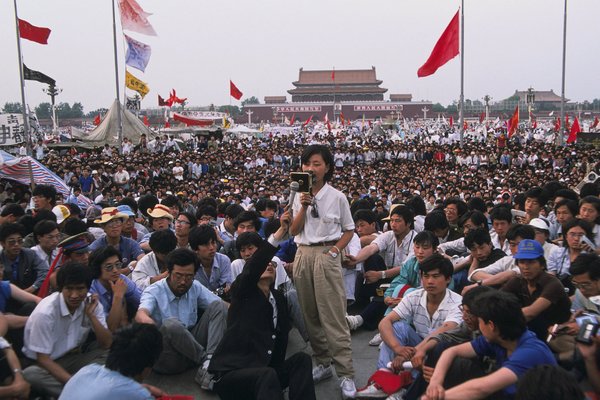 [Photos of the Tiananmen protests from a student witness.]

For years, Hong Kong publishers found a ready audience of mainland Chinese readers who wanted books they could not find at home and could sneak back into mainland China. But the industry has declined thanks to tighter border checks, the consolidation of Hong Kong distributors and retail outlets under mainland control, and the disappearance and imprisonment of independent booksellers.

“Authors are afraid to publish. Publishers are afraid to continue doing business. Distributors are also afraid,” said Yaqiu Wang, a China researcher for Human Rights Watch. “Bookstores are diminishing and people there are afraid, too. So are the buyers, of course. It’s an attack on the publishing industry from all aspects.”

New Century Press last week released “The Last Secret: The Final Documents From the June Fourth Crackdown,” a collection of statements and speeches on Communist Party’s decision-making process in 1989, as well as an analysis of top leader Deng Xiaoping by the veteran journalist Dai Qing, and a memoir by the academic and Tiananmen hunger striker Zhou Duo. The three new books are particularly important to Mr. Bao. Now 52, he was a college senior in Beijing in 1989, and his father was the most senior Communist Party official to go to prison for siding with the calls for political reform.

“I met a lot of people at Tiananmen,” Mr. Bao said. “The event really changed our lives. It certainly changed mine.”

Mr. Bao said that publishing his latest three books — New Century’s sole output this year — required extraordinary efforts. And he wonders if he will be able to do it again.

The company could previously produce about one book a month, Mr. Bao said, but it has been hampered by various obstacles, including the loss of its longtime printer in Hong Kong, Asia One, which cut ties in 2016.

“There was no direct explanation, just ‘We don’t want to work with you anymore,’” said Mr. Bao. Peter Lau, the managing director of Asia One, denied any political pressure but said he did not recall why his company stopped working with New Century. New Century has since worked with printers in Taiwan, where protections of free speech are robust.

China’s efforts to target outside publications stretch back decades, including a drive against materials from Hong Kong, Taiwan and elsewhere immediately after the Tiananmen massacre in 1989. The current effort, called the Southern Hill Project, began in 2010. Border checks were heightened to prevent travelers from bringing in books. Those that were caught had their books taken and were warned.

Sino United Publishing, which controls three bookstore chains in Hong Kong and as much as 70 percent of its publishing market, is ultimately controlled by China’s Ministry of Finance. The company has denied political influence in its decision-making, but at such shops, books critical of the Chinese leadership are either hidden away or nonexistent.

The People’s Recreation Community, a shop with a street sign featuring an image of Mao in a People’s Liberation Army cap, was a haven for readers from mainland China seeking such titles. It closed last year after a failed attempt to rebrand it as a cafe. The proprietor, Paul Tang, denied any outside pressure but blamed a lack of customers and new offerings from publishers.

And in the past few years, several Hong Kong media workers have been arrested or detained by Chinese officials, including the publisher Yiu Mantin, who was arrested in 2013, and the magazine journalists Guo Zhongxiao and Wang Jianmin in 2014.

The Chinese authorities said the men had gone to the mainland voluntarily to help with an investigation. But another detained bookseller, Lam Wing-kee, revealed after being allowed to return to Hong Kong that he had been held in solitary confinement and forced to confess to illegal book sales.

In April, Mr. Lam fled Hong Kong for Taiwan out of fear he could be sent to mainland China under a new extradition law being considered by the Hong Kong government.

“I am very scared,” he said by telephone from Taiwan, where he has been given permission to remain until July.

The extradition changes have been criticized by press freedom organizations, which have said they would leave Hong Kong journalists and publishers open to politically motivated charges from the mainland, further eroding the foundations of free speech in Hong Kong.

Still, Ms. Wang said she is encouraged that people like Mr. Bao are continuing to work, and that some Hong Kong publishers do not intend to go quietly.

“I see the spirit is still there,” she said. “The system is more repressive, but people are still putting up a fight, no matter how hopeless it seems.”