A catastrophe is at hand, thanks to global warming. Even the best of us lack conviction in addressing its dangers as we righteously fly off to climate-change conferences. And the worst of us are filled with passionate intensity of a different sort: trolling climate-change scientists and beating up climate-change refugees. Our collective denial is what Amitav Ghosh sets out to challenge in his new novel, “Gun Island.”

As he has done in previous essays and in his nonfiction treatise, “The Great Derangement,” Ghosh intriguingly pins part of the trouble — and part of the solution — on our love of stories. The novel’s central character — an urbane, Kolkata-born, now Brooklyn-based, rare-book dealer named Dinanath (Deen) Datta — becomes obsessed with the mysterious symbols decorating a remote shrine in the Sundarbans, a wild region of mangrove islands on the Bay of Bengal, stretching between India and Bangladesh. Deen thinks these symbols may commemorate the 17th-century legend of a gun merchant who tangled with Manasa Devi, a goddess associated with snakes. His quest takes him from the Sundarbans to Los Angeles and Venice — and within himself, for he is unlucky in love and full of existential angst. He will be forced to confront not only his own demons but those that have been unleashed against the planet. 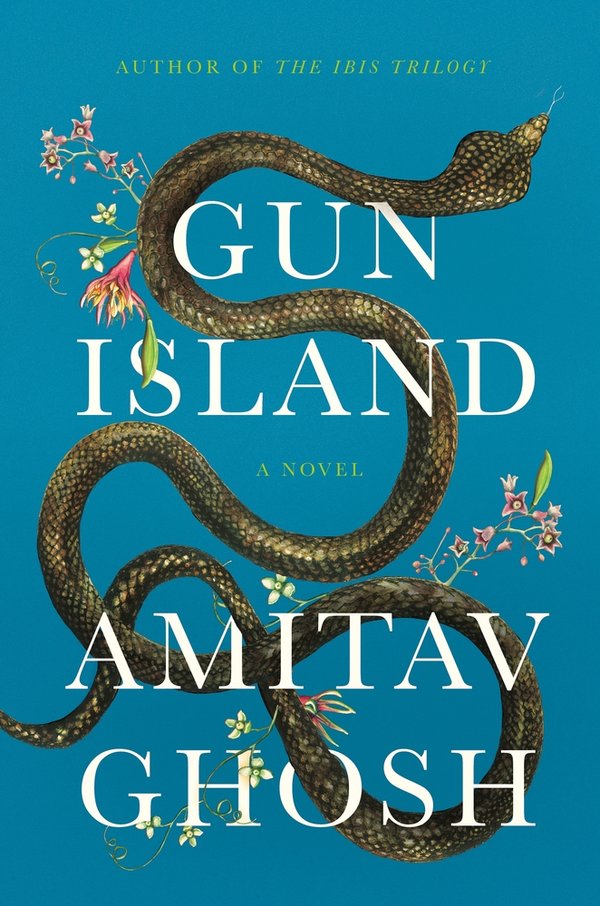 “Gun Island” demonstrates Ghosh’s belief that the improbable has a place in serious literary fiction. And in teaming this with the subject of climate change, he has not held back. Deen suffers an astonishing series of threats: from a cobra, a tumble into a morass of mud, wildfires, falling masonry, a dislodged flowerpot, a broken railing, a possibly poisonous spider, a series of tornadoes, a rising tide, a swarm of disgusting ship worms, more storms, even a scary man in a green baseball cap. A flurry of coincidences and spooky interventions do the work of an actual plot, and the supporting characters are script ready: Cinta, a brilliant Venetian historian with a reverence for the mystical aspects of life; Piya, a pretty, and eminently practical, marine biologist; a loudmouth slacker/hacker named Tipu; and earnest Rafi, a desperate migrant.

This kitchen sink approach is either a brave experiment in bringing climate change to action-adventure readers or an overwrought provocation, a dialectic an experienced writer like Ghosh (best known for his fictional Ibis trilogy) probably intends, since in the course of his narrative he makes reference to jatra, a style of Indian performance art that goes on “for hours with absurdly costumed figures screeching in falsetto voices.” Deen dismisses jatra as something for “simple people, with time to kill,” but Cinta is enthralled by it. Later on, arguing for the importance of seemingly irrational beliefs, she tells Deen that many Venetians are still convinced the Black Death ended in Venice not because the sensible city administrators, whose “faith in the power of human reason was limitless,” established quarantines and curfews but because a young girl hung a painting of the Blessed Virgin at the entrance to her neighborhood.

It is Cinta who suggests that our inability to combat climate change is a type of demonic possession: We are unable to turn away from our phones, our cars, our comfy sybaritic lives, even though we know the consequences of our behavior. Facts don’t work against demons, but what about faith or fable? Ghosh challenges the writers among us to remember that throughout history we have dealt with crises by telling ourselves stories. Climate change might be our successor to the Black Death: We may have to use all our inventive ability, rational and magical, to think our way out of it.

Melanie Finn is the author of three novels, most recently “The Underneath.”