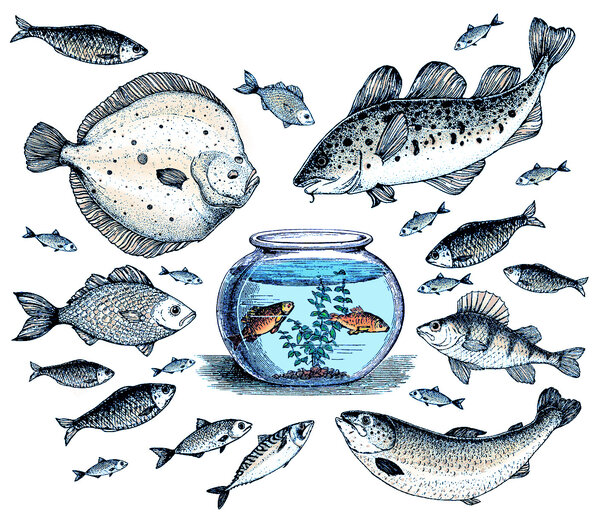 OF FEAR AND STRANGERS
A History of Xenophobia
By George Makari

Over the summer and fall of 1900, as the Universal Exposition was underway in Paris, French newspapers published a series of reports on a fearsome threat suddenly emerging from China: “la xénophobie,” they dubbed it. At the same time that their capital feted the dawn of globalization and the earth’s inexorable flattening, readers in France were informed that conflict with “les xénophobes” was a dangerous part of the new reality.

The trouble had begun the previous winter when a group of pauperized villagers from Shandong Province, with an aptitude for martial arts and believing themselves impervious to gunfire, chanted “destroy the foreigners” as they mounted a hopeless insurrection against the European missionaries and colonizers taking over their country. The Boxer Rebellion, George Makari argues in “Of Fear and Strangers: A History of Xenophobia,” his riveting, painstaking and at times maddeningly overextended meditation on a subject that has vexed human society at least since the dawn of consciousness, marked a new and ironic turn in a previously obscure term’s trajectory. “Xenophobia no longer applied to some rare medical illness or a broad rivalry between Western nations,” he observes. “It now served as an explanation of the fearsome trouble Western globalists might encounter in the East, where an irrational, violent hatred of all outsiders might take hold.”

The lack of self-awareness and defensive projection exhibited by the European powers throughout the period of colonial expansion is considerable. As are Makari’s efforts to trace the evolution of his elusive and ambiguous descriptor. This was not the first instance of the ancient Greek terms for “stranger” and “fear” being connected, but the Francophone framing of the Boxer Rebellion was the moment the concept went mainstream and xenophobia became “a clarifying word” to name a phenomenon increasingly relevant in numerous colonial contexts.

Makari, a psychiatrist and historian, weaves together a fascinating if powerfully disturbing series of examples of stranger hatred (and exploitation) alongside the internal dissent such encounters have always prompted. Long before the British, French, Russians, Germans, Americans and Japanese divided up the Qing empire, the Spanish crown had brutalized the Native inhabitants of Hispaniola, excusing the aggression with strikingly similar justifications. The humanizing spirit animating this book and anticipating whatever hard-won progress we can claim looking backward from the 21st century was birthed in this genocidal calamity.

Makari’s admiration of Bartolomé de Las Casas, a man Borges memorably disparaged as “that odd variant on the species philanthropist,” is infectious. As a boy in the late 1400s, Las Casas was presented with a Black slave when his father returned to Seville from an expedition with Columbus. On turning 18, he also set out for Santo Domingo, where he became a land- and slave owner who initially didn’t think twice about the larger system he was a part of. Though we may all be trapped in the norms and biases of our times, some of us are capable of radical independence. “At some later date, perhaps after witnessing a massacre of Taino Indians in Cuba,” Makari writes, “Las Casas became uneasy.” He freed his vassals, returned to Europe and took his Dominican orders.

Incredibly, during the height of the Inquisition, he managed to publish without punishment accounts denouncing the crimes committed under the auspices of the crown and in the name of Christianity. Perhaps this was because it was practically impossible to convey the magnitude of the orgiastic violence. “Who will believe this?” Makari quotes him lamenting on the page before an illustration taken from Las Casas’ “A Short Account of the Destruction of the Indies,” which depicts Spanish soldiers lopping off the hands and noses of countless Native Americans. “I myself an eyewitness writing this, I can hardly believe it.”

His conscience provides an anti-xenophobic template that Makari finds replicated through the ages in both familiar and unexpected places. Voltaire, himself a powerful antisemite and proto-Islamophobe, “turned to Las Casas to help his readers grasp the nature of intolerance.” It is of course easier to spot xenophobia in others than to find it in the mirror, and during the Enlightenment rival European powers flattered themselves with criticism of the Spanish. Leo Tolstoy and Mark Twain were also courageous, early voices against their respective societies’ imperial transgressions.

Then, through the figure of Charles Marlow, the narrator of “Heart of Darkness,” the Polish-British novelist Joseph Conrad shattered the facade of colonial innocence. “Conrad masterfully described Marlow’s transformation,” Makari writes, in a scene that anticipates the shift in our understanding of xenophobia — from something barbarous hosts inflict on civilized visitors to our own prejudices and fears projected onto strangers: “What we alluded to as an attack,” Marlow reflects, “was really an attempt at repulse. The action was very far from being aggressive — it was not even defensive, in the usual sense: It was undertaken under the stress of desperation and in its essence was purely protective.” But it was Roger Casement, an Irish acquaintance of Conrad’s in Africa, who carried on the witness-bearing work of Las Casas when, as the British consul in Congo, he began to evaluate claims of abuse that staggered belief, what was described by Edmund Morel in “King Leopold’s Rule in Africa” as “a carnival of massacre.”

As the 20th century wore on and immigrants began to filter back to the cities that had conquered them, xenophobia gradually assumed a three-pronged meaning. Makari distinguishes among “racial xenophobia,” which occurs “when a Western emigrant is met by a reflexive hostility” of a non-European population reacting poorly to being dominated; “xenophobic imperialism,” which occurs “when biased Western imperialists invade lands that they see filled with primitive Oriental and Eastern hosts”; and finally “anti-immigrant xenophobia,” which occurs “when residents in Western nations attack ‘foreign’ minorities as well as immigrants, often refugees or denizens from that country’s colonies.”

Throughout his analysis, Makari brings an impressive range of reading to bear, wearing his learning lightly and interspersing fascinating capsule biographies of transformational figures like Raphael Lemkin, Carl Schmitt and Theodor Adorno with literary commentary on Aldous Huxley, Richard Wright and James Baldwin. The book shifts again when he segues into an introductory psychology course tackling behaviorism, stereotyping and projection. All the material is enthralling. Yet the sheer number of points of access into a subject so all-encompassing eventually becomes a hindrance. By the last third of the book, as the narrative becomes a kind of “At the Existentialist Café”-style lightning tour of the postwar intellectual history of the Left Bank, the word “xenophobia” becomes almost meaningless.

“The fear and hatred of strangers,” Makari writes through the lens of Foucault, “not only manifested itself in pogroms and race riots but also lurked in seemingly reasonable places, inside the heart of society, perhaps inside all hearts.” Any quality that can reside in all of us necessarily ceases to be a pathology and simply becomes one more aspect of human nature.

What could be the solution to such an entrenched problem? “Radical egalitarianism poses the greatest threat to xenophobia,” is what he finally ventures. A cynical reader can’t help feeling that we are scarcely closer to understanding how to implement such a policy in the aftermath of Trump and Brexit and Europe’s 2015 migrant crisis than we were at the beginning of Makari’s worthy endeavor. Yet this is less a criticism of the author than of the scale of his genealogical ambition — and of our own stubbornly consistent interpersonal failings. The fact that he cannot land the plane does not render the views we’ve been granted during the course of the flight any less impressive.