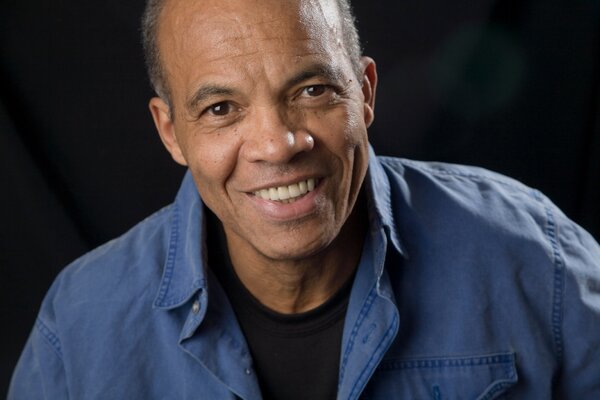 The first entry in John Edgar Wideman’s latest story collection, “Look for Me and I’ll Be Gone,” announces the book’s concerns in its title: “Art of Story.” If the chiding provocations of Wideman’s narrator — a version, as is often the case in this collection, of Wideman himself — are any indication, it is not a pretty art at all, or even a very fulfilling one.

“Stories graves,” he scolds in the splintered grammar that characterizes many of the tales in this volume. “Even when someone reading or listening or telling a story, it’s empty.”

Then again, maybe this emptiness isn’t a problem: Wideman has always been less interested in what a story tells than how it gets told, how the telling shapes our perception of our world. In works that erode the boundaries between fiction, memoir and essay, Wideman explores the impulses that drive storytelling itself, returning to some enduring themes and formal devices. Those who have read the Homewood trilogy, “Philadelphia Fire” or “Brothers and Keepers” will find that those books’ ideas continue to haunt Wideman’s work, though he approaches them with a verve only a master of language can command. Can art help us withstand inexplicable tragedy? Or build usable histories out of the absences gouged out by racial violence?

Wideman turns forgotten historical figures into memorable characters, reanimating and giving voice to the past to make sense of the present. “Whose Teeth/Whose Story” is told from the perspective of a writer struggling with a project about the African American missionary and anti-colonialist writer William Henry Sheppard (1865-1927), who worked among the colonial subjects of the Congo Free State. It’s an act of necromancy that recalls earlier stories like “Nat Turner Confesses,” from Wideman’s 2018 story collection “American Histories.” For the narrator, Sheppard’s time in Congo both evokes and complicates the pith-helmet narratives of the era, namely “Heart of Darkness” (a text he insists is still “worthy of reading and studying” despite Chinua Achebe’s famously scorching takedown of it). He can’t help identifying somewhat with Sheppard in his tricky position as a Black man trying to operate with dignity under the watchful eye of white authority.

“I grew up in the North, not the South like S, but his manner of coping with oppression feels quite familiar,” the narrator explains, observing that Sheppard seemed to have “quietly accommodated himself to the strict segregation by color enforced in his region … undamaged by the fact that law and custom categorized him as an inferior kind of human.” It’s a sneakily devastating statement, condensing multiple histories of emotional erosion in the name of survival.

An anxiety over what language can — or cannot — contribute to one’s survival stalks these stories. “Arizona” takes the shape of a letter to the singer Freddie Jackson in which the narrator wonders what compulsions motivate artists to produce work. “Let imagination work between the lines, speaking a story for which there are no words, speaking for what’s missing always,” he writes. In the letter writer’s case, what’s missing is his son, imprisoned decades ago for the murder of a classmate during a camping trip to Arizona. Are there any words to salve the damage cascading down through history?

In confounding tales that flit between Philadelphia and ancient Sumer, from a conversation between two doomed chickens to James Baldwin’s coverage of the Atlanta child murders, Wideman suggests there are not. “I mess with the rules of their language because I don’t trust language,” one of his chickens spit. “Language not substantial evidence of anything. Ain’t never been one of the faithful who believe it is.” Defiant before the carving knife, though, the chicken gets up from its plate, “clucking and cock-a-doodle-dooing loud enough to wake up every sleeping soul in Atlanta.” If language can’t destroy the slaughterhouse, it can at least help us put up a fight.