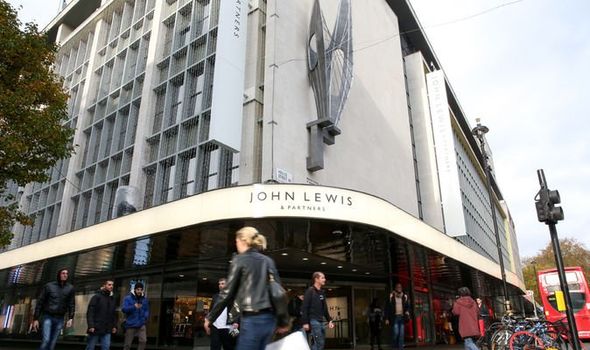 John Lewis has, for decades, epitomised steady, reliable middle-class quality and value for money, a byword for trustworthiness. If its contemporary yet traditional style was too unadventurous for some step forward the Prime Minister’s wife its stores have for many been the go-to destination for a peaceful and pleasant shopping experience.

Behind the scenes, it was not, in the early years, either peaceful or pleasant. I found myself embroiled in cataclysmic conflicts between a father and his two sons, with a wife and mother wearing herself out trying to keep the peace.

So who was John Lewis? That’s what I asked myself one day, wandering along London’s Oxford Street, looking up at that familiar name in the familiar lettering.

Some initial research told me he was born in 1836 in Shepton Mallet, a small town near where I lived in Somerset which immediately hooked me.

John Lewis was an orphan, the only boy in a family of sisters. They lost their mother to tuberculosis and their father died in the workhouse.

Little John was raised by aunts and sisters before becoming, in his teens, a draper’s apprentice. The drapery trade was in his DNA.

Shepton Mallet was a wool-weaving town. John’s aunts and sisters spent most of their lives serving behind the counters of drapery shops, selling woollen fabrics by the piece or by the yard. The clothes of ordinary people were made at home, and without the benefit of sewing-machines.

Promoted to shop-assistant status, John Lewis moved to London and, in 1864, now in his 20s, opened his own business in a poky little shop, a former tobacconist, in a terrace of similar poky properties on Oxford Street ‑ more or less where the flagship store is now. He did well, banked his profits, and expanded by acquiring piecemeal the leases of adjacent shops.

Customers could wander and linger, touch the merchandise, tempted by sumptuous displays and by cascades of silks in every weight and shade. John Lewis loved silks.

Like his competitors at the end of the century, he rebuilt his jumbled premises into one grandiose edifice. He grew rich, and then richer, and still banked the lot.

At the intimate core of this story is his family ‑ their loves and marriages, houses and gardens, passions and griefs.

Equally compelling, for me, is the colourful hinterland of shopfloor life and culture ‑ the romance of retail.

Having not married until he was 48, John Lewis’s wife Ellie was 18 years younger and from a poor background similar to his own.

Thanks to a prosperous half-brother she was university-educated, but left a career in teaching to cope with her husband’s moods and tantrums.

He had from childhood (as would his son, Spedan) what was then called an “excitable brain” ‑ an obsolete diagnosis. Supremely high achievers, they were probably both on the spectrum which spans Asperger’s and autism.

Home was Spedan Tower in Hampstead, north London. Spedan ‑ pronounced Speedann ‑ was a name invented by John Lewis, which he also gave his elder son.

Spedan and his younger brother Oswald were strikingly handsome and each more than six feet tall, towering over their poverty-stunted parents. Their mother favoured Oswald outrageously; her precious darling, destined for a great career in public life far away from shopkeeping, giving him a lasting sense of entitlement.

Spedan was the problem son, clever but given to hysterical outbursts of temper like his father.

The boys were educated at one of the great public schools, Westminster, whence they joined the family business, finding much that needed improving and updating ‑ Oswald in accounts, Spedan on the shop-floor.

But their father fiercely resisted any change. He would never allow them to sign cheques on the firm, claiming their handwriting was not good enough. It was not about handwriting, it was about control.

In 1909, Spedan suffered a bad riding accident, puncturing a lung. Infection set in and the family was warned he might not survive.

A private nurse was brought into Spedan Tower to care for him. People of means did not go into hospitals then.

Her name was Eleanor McElroy, and she remained with him until he married his wife Beatrice 12 years later, moving with him to Grove Farm near Harrow as his nurse, housekeeper, secretary, companion, advisor and confidante.

He was in his 20s, she, squat and dumpy, rising 40. But had it not been for Eleanor, there might have been no John Lewis Partnership.

She monitored his health, listened to him ‑ he could talk the hind leg off a donkey ‑ encouraged him, and reality-checked his wilder notions.

She never married, and Spedan looked after her and remained in constant touch until she died. The complexity, or maybe the simplicity, of their relationship cannot be fathomed.

Once recovered, Spedan was disgusted by his father’s obsession with amassing money. This greed ‑ and disregard for the welfare of staff ‑ was, he believed, “insane”.

The family was taking out of the business annually more than the combined wages of the whole workforce of several hundreds.

At Grove Farm, along with Eleanor, Spedan refined his ideas for a fairer model. When he was put in charge of the Sloane Square department store Peter Jones, he decided all employees would be Partners, from top management down to cleaners.

All partners had a stake in the business in the form of annual bonuses, based on profits divided up in relation to salaries.

So partners would be happy to work harder, to go the extra mile. Spedan was a pragmatist as well as an idealist.

He was unable fully to develop the system in his father’s lifetime. John Lewis never believed Spedan could succeed. Their tragicomic rows were noisy affairs and involved face-slapping, hurling hard objects, and even physical grappling.

The store founder lived to the age of 92, refusing to retire, though his control weakened in his last years.

The irony is that the Partnership, conceived in a violent revolt against Spedan’s father’s passion for money, could not have survived the unprofitable early years without massive injections from the family fortune.

John Lewis made over large sums to Spedan and Oswald to avoid inheritance tax, his determination to preserve the family wealth outweighing his distrust of his sons.

The elder son finally gained control of the whole of John Lewis & Co by buying out Oswald, by then pursuing a career in politics.

He recruited high-flying young men and wet women, graduates of Oxford and Cambridge, enticing them with his charisma and convictions into an unlikely career in shopkeeping.

Those who remained became his senior managers, steeped in the theory and practice of Spedan’s Partnership. They often found spouses within the firm, as did Spedan himself.

His remarkable wife Beatrice Hunter was one of his graduate trainees. The children of partners frequently followed in their parents’ footsteps. Partnership did not stop at closing-time.

There was (and still is) a partners’ country club on the Thames with all sporting facilities, plus a sailing club, a music club, an arts club, a drama club and more.

Favoured partners accompanied Spedan and Beatrice to the opera. The Partnership was to him an extended family. But in spite of this experiment in industrial democracy, he remained leader with a capital L.

During the depression, he pursued a policy of acquisitioning at bargain prices, establishing a nationwide chain of stores. One of his buys was a small chain of suburban food stores set up initially in Acton, west London, by a Mr Waite and a Mr Rose.

They shrewdly opened a branch in Windsor where they supplied the castle and earned a Royal Warrant for Waitrose.

Buying up that little outfit was, and who knew at the time, the best investment Spedan ever made.

He stepped down in 1955 at the age of 70, but not before fighting tooth and nail against loss of control, making life hell for his chosen successor Bernard Miller, one of his earliest graduate recruits. Spedan behaved, as Oswald wryly observed, just like their father.

After his death in 1963 aged 78, the Partnership thrived, by now a national institution with scores of branches and the famous promise: “Never Knowingly Undersold”. The merchandise was still, as Spedan always intended, the epitome of what he called “inconspicuous good taste”.

All was well for nearly four decades.

Then came the explosion onto the scene of Amazon and the shift to online shopping ‑ another retail revolution.

The Partnership’s custom was for an outgoing chairman to nominate his successor from within the company.

A radical decision was made to open up the candidacy to include outsiders and, in 2019, Dame Sharon White was appointed chairman ‑ the first woman in that role, as well as the first person of colour.

She already faced challenges. Footfall was falling.Then, a few weeks into her chairmanship, Covid-19 struck.

And now? A radical rethink, which should have taken a decade, but is compressed into one year.

The Partnership will not go under. It has healthy reserves, and is the parent company of Waitrose, the food shop of choice for the discriminating and solvent, sustaining profitability throughout the pandemic.

Dame Sharon has closed branches and laid off staff. She and her team plan for John Lewis & Partners, as it is now styled, a programme of diversification into sectors way beyond retail.

But change spells opportunity, as it did for young John Lewis 150 years ago.

Nothing remains the same forever. That’s good…isn’t it?

Family Business: An Intimate History of John Lewis and the Partnership by Victoria Glendinning (William Collins, £20) is published tomorrow.