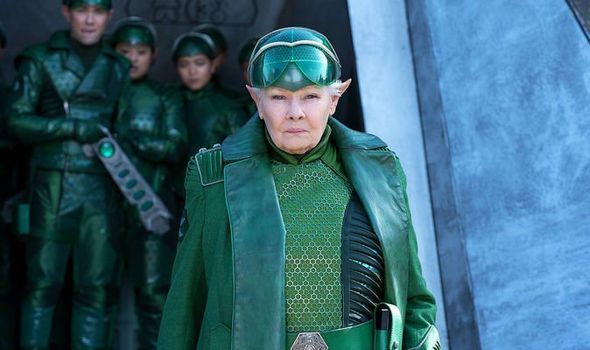 Speaking in a gravelly Northern Irish accent a million miles away from her normal dulcet tones, Dame Judi already has fans aflutter for Artemis Fowl. Director Sir Kenneth Branagh has revealed the 84-year-old star channelled fiery Ulster politician, the late Reverend Ian Paisley, for her no-nonsense character. “No one has ever done such a menacing Irish accent as Judi Dench,” laughs author Eoin Colfer, on whose fantasy novel the £100million film is based.

“When she says, ‘Top of the morning’, you just go, ‘Oooh!'” Eoin (pronounced Owen) continues: “When I heard about it, I was torn because, well, it’s Judi Dench and she is one of the greatest actors ever. But Julius Root is kind of an action man role, so how’s it going to work?” The genial 54-year-old’s slight hesitation over the casting came only because, in his novel, Root is a cigar-smoking male police chief, constantly berating his underlings and nicknamed ‘Beetroot’ because of his red-faced anger.

Eoin quickly adds: “They knew I wasn’t sure so the first thing they did was put together some footage and, the second you see it, you go, ‘OK, it does work’.”

Having taken his inspiration from Irish folklore, combined with invented high-tech wizardry and the desire to write something different, the Irish author’s 2001 novel became a sensation. The eight-book young-adult series went on to sell 25 million copies around the world and father-of-two Eoin has just published a ninth spin-off.

The Fowl Twins takes up the story of Artemis’s younger brothers, 11-year-old Myles and Beckett Fowl, in another rip-roaring adventure.

“The twins were mentioned briefly in book four, but people kept asking about them so I had them come back for book eight,” says Eoin. “At that point they were possessed by the spirit of dead fairy warriors which was hilarious, five-year-olds running around with axes trying to kill everybody! 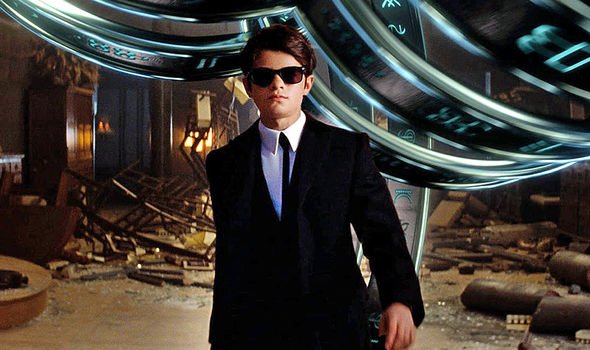 “Now, for the new book, I had this idea that if they had been taken over by hostile spirits maybe some of the magic was still in them. But rather than being a help, it gets them into all sorts of trouble.”

All in all, it’s a busy time for Eoin. The Disney adaptation will bring Julius Root, Artemis and Captain Holly Short – a chaotic, endearing kind of fairy SWAT team member, played by Lara McDonnell – to a new audience and is expected to kickstart a lucrative new franchise upon release in May.

But Eoin admits his novel, which he jokingly dubs “Die Hard with fairies”, had a troubled journey to the big screen. Film rights were sold before the novel came out to Disney, Robert De Niro’s production company and Harvey and Bob Weinstein’s Miramax.

“There were several attempts to get it going but they didn’t work out. Then Disney bought Miramax and let Harvey and Bob Weinstein go,” he explains. “Harvey somehow managed to retain the rights to about five projects, including Artemis. He had an emotional attachment to it and wanted to hang on to it until he could make it himself. He wouldn’t even talk to Disney until they had a change of management.

“As soon as they did, nearly 20 years later, he started to talk to Disney and things got going with Kenneth Branagh.”

But then allegations of sexual abuse were made against Weinstein, sparking a major scandal. “He was immediately fired from the project but it was already in production so it wasn’t possible for him to shut it down at that point,” says Eoin. “I think if he was still involved that would have been toxic.” 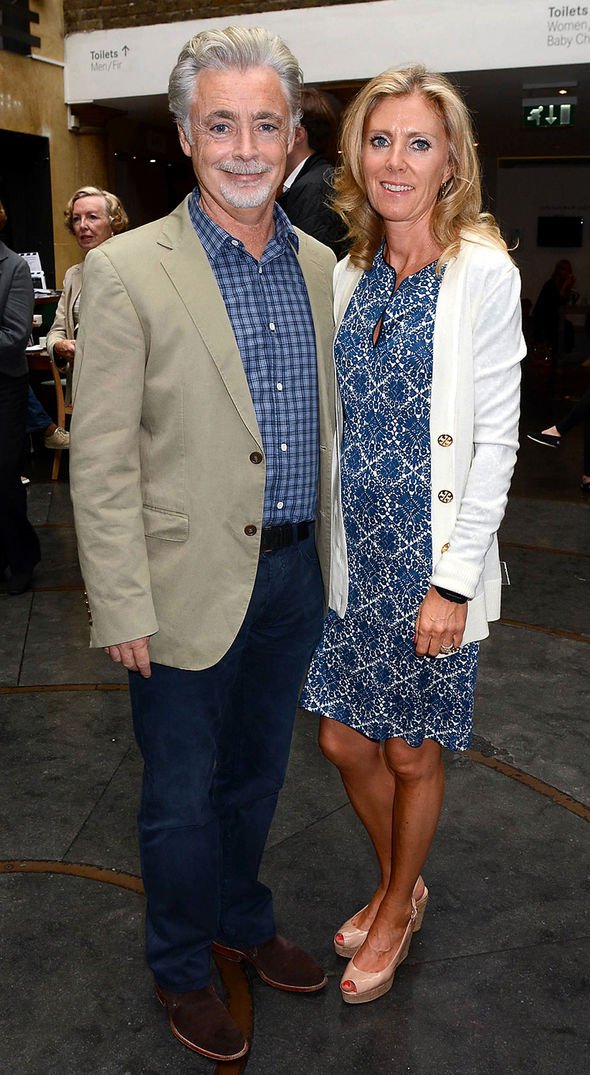 Despite the difficulties, the former primary school teacher is happy his book is finally being brought to the big screen.

“It’s a thing that is so big in scale it’s hard for me to connect to it. The book was written in a tiny room where the baby slept and there were nappies and talcum powder all over the place,” he says. “We went to the set to meet Kenneth Branagh and there were so many people there. It just seems unbelievable that it can all come from the baby’s bedroom in Wexford.

“I brought my two sons and my wife and they were kind of overwhelmed. My sons had grown up with the books so they were quite blasé about what I did.

But this was the first time they saw there was something a little special going on. You could see the boys looking at me, thinking ‘Are you important, Dad? When did this happen?’ “When I wrote Artemis I was still teaching and my wife Jackie read it and said, ‘OK, it’s time for you to go and get an agent’. I got a London agent and within weeks things had taken off. A few months later I was able to give up the job and concentrate on writing.”

Given the timing, and the magical plot of Artemis, Eoin was inevitably compared with JK Rowling. “I was very lucky because at that time people really wanted the next JK Rowling. I was lucky because Artemis was described as the ‘anti-Harry Potter’,” he says.

“If you’re the next Harry Potter and don’t do those kind of sales numbers that’s on you. But if you’re the anti-Harry Potter, you can build your own following. That’s what happened with Artemis.” 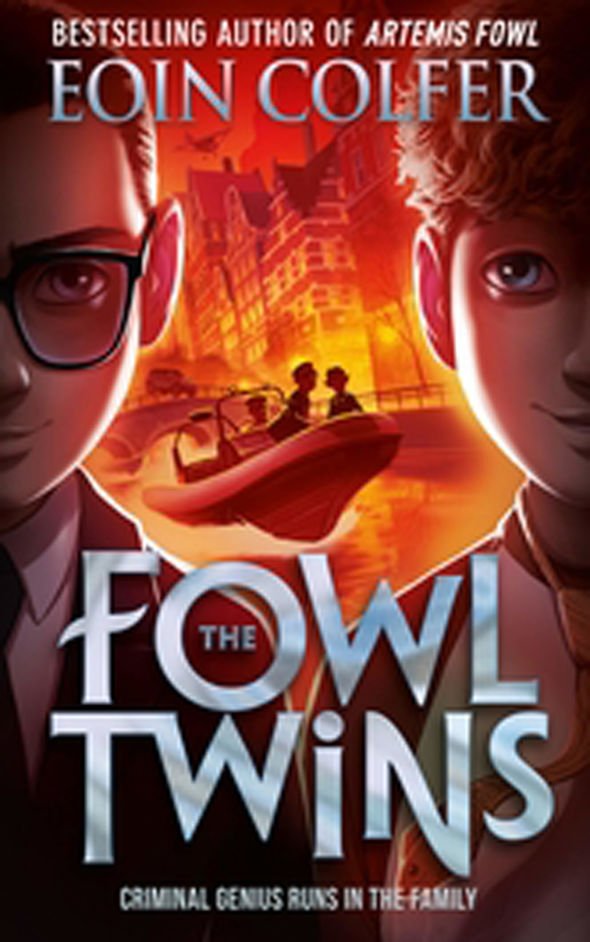 While he describes writing as his hobby, Eoin admits his success has allowed him the odd extravagance like taking his family – his wife and sons Sean, 16, and Finn, 22 – on book tours. And despite selling 25 million books, he enjoys his relative anonymity.

“What’s nice about Artemis is he does very well all over the world but no one knows what I look like and they can’t pronounce my name. That tends to put people off. They think I’m called Ian.”

Being a teacher helped inform the books, says Eoin, because he learned quickly what children would laugh at and what they found patronising.

“It made me be much harsher on myself as a writer, really cut down stuff I’d previously thought was amazing and now realised wasn’t that good. Once I had that nailed, I think my books took on a different dimension and it was exactly what I needed because it was that dimension that had people interested.”

But while his stories were grounded in Irish folklore and mythology, the inspiration for Artemis came from a little closer to home. “It was my little brother Donal,” laughs Eoin. “I saw a photograph of him wearing his communion suit and it was very snazzy for a 12-year-old and he had an impish grin. It seemed to me that he looked like a bad guy from a Bond movie except he was only 12.

“He’s now in his late 40s. He knows it’s more the photograph than him – he’s obviously not a criminal!” But while he starts the series as the baddie, with a fiendish kidnap plot to blackmail the fairy civilisation for its gold, Artemis is compellingly ambiguous. “The idea is that his arc is from wannabe villain to hero. But he drops the villain pose quickly, even before the end of the first book,” says Eoin.

“When I was reading as a kid I really liked characters like Huckleberry Finn who was a bit dodgy. He was never in school and he was known to steal the odd thing. I liked those characters.

“But I’m not trying to hammer any message home. You don’t necessarily have to come away having learned anything, except a love of reading. These days, every time kids turn on a radio or watch something on YouTube, it’s just bad news. This is their chance to escape to a gentler world and maybe have a few laughs along the way.”