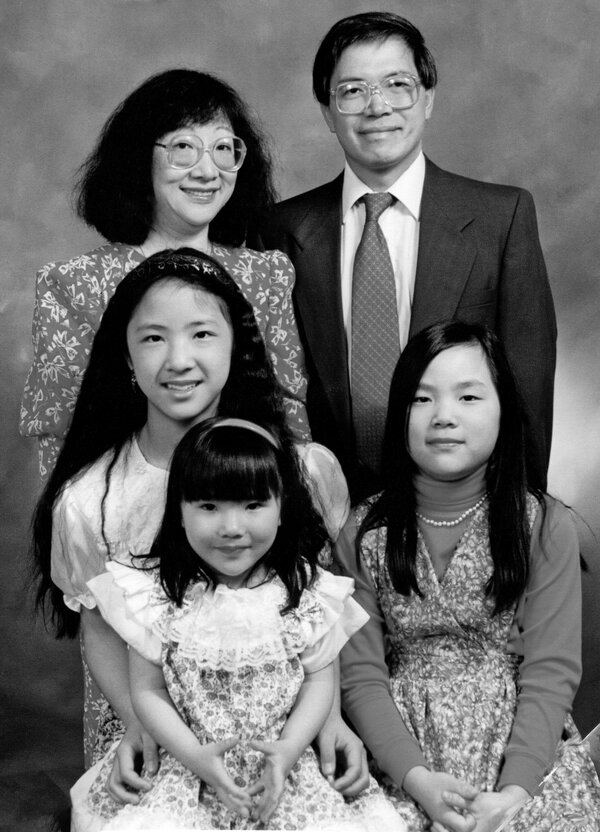 Kat Chow’s memoir, “Seeing Ghosts,” is a memorial to her mother delivered in a graceful, captivating voice. Like several acts of tribute to the dead in this book about grief and family, immigration and ancestors, it’s accomplished long after the loss that it marks. Chow’s mother died of cancer 17 years ago, when the author was only 13 years old. The passage of so much time hasn’t dulled the ache. A certain kind of sorrow lingers because a part of us wants it and wills it to persist, and Chow artfully and intelligently maps which kind of grief this is.

It is, of course, the pang of being motherless when still in need of mothering, a feeling she experiences as “injected into my body as if some preserving agent, indistinguishable from my insides.” She makes this observation, hinting at taxidermy, while recounting how she sobbed for her mother, gone four years, during a family visit to her parents’ birthplace, China. The setting for this display — the ancestral homeland — makes sense, since Chow’s cartography of unremitting grief includes immigrant loss and longing. Her father, stepping across the threshold of his childhood home in a Guangdong village during that trip, strikes her as “reeled in, his past a fishing line; deceptive and once hooked, an inevitable and precarious path.”

The fate for those who ruminate on the past, Chow seems to suggest, is doom — a caught fish. In “Seeing Ghosts,” one caught fish meets with an odd kind of doom at the hands of Chow’s widowed father. After going deep-sea fishing off the Connecticut shore, he practices his own taxidermy on a striped bass with the aid of Elmer’s glue and internet tutorials, and Chow finds his botched attempt rotting in his basement months later. This paternal memory unexpectedly echoes a maternal one. When Chow was 9, her mother suddenly announced, as they made faces and watched TV together: When I die, I want you to get me stuffed so I can sit in your apartment and always watch you. In the years of mourning to come, Chow would imagine her taxidermied mother impishly springing like a jack-in-the-box from closets and corners and even from her coffin. This association of images and metaphors — fishing line leading to fish leading to taxidermy leading, inexorably, back to mother — is no doubt eccentric and potentially macabre. But Chow exercises such control that her tone manages somehow to be both brooding and affectionately humorous instead.

To the many bereaved by a pandemic that disrupted rituals for saying goodbye and haunted by the guilt of not doing right by the dead, it might feel as if they’re still with us in some unnatural preserved form. “Seeing Ghosts” provides multiple examples of unfulfilled duties to the departed nagging at the consciences of those left behind until finally made good. The Chow family half satisfies their mother’s dying wish, exhuming her son, who lived for less than two hours after birth, and cremating him, but it takes more than a decade and a half to bury the ashes with her in a Connecticut cemetery. Other family bones get moved across borders after decades, from Hong Kong and Havana to Toronto. They travel these routes of the Chinese diaspora in the afterlife, redefining repatriation by ultimately resting not where they were born but where their kin have made new homes.

Chow, a journalist who was a founding member of NPR’s Code Switch podcast, tells us that Freud made a distinction between mourning and melancholy. The first has an endpoint and a fixed object; the second is amorphous and ceaseless. Guided by the work of scholars in Asian American studies who have developed a theory of “racial melancholia,” elaborating on Freud, Chow links her own life and species of grief to their explanation of how identities are formed in immigrant families who try to preserve the memory of the places they left — in a sense to taxidermy the past. “Seeing Ghosts” gives flesh to this theory, the idea that loss of country and loss of loved ones can hook us with similar perpetual sorrow, through storytelling that brings alive both Chow’s mother and father, drawing their characters tenderly but with unflinching honesty.