HOW TO FORGET
By Kate Mulgrew

Tending to a loved one at the end of his or her life is an exhausting chore, one in which heartache, burnout and family infighting eventually give way to an incomprehensible amount of grief. But caregiving also provides an opportunity to reflect on the important things in life — what it means, where we came from, why things are the way they are — while also saying goodbye.

As a child in Philadelphia, Cary saw Nana’s house as a refuge, a place where she could escape her parents’ rules, sit in the slivers of sunlight and be “spoiled.” Her father’s mother, Nana always treated Cary with a warmth and kindness she showed few other people, including her own son. Over the decades she has survived pneumonia and a car accident, and she has outlived her term in hospice. But after learning she has degenerative heart disease, she’s in need of round-the-clock care. Cary, her husband and daughters take the strong-willed Nana into their home, aiming to “help her find her way to a good death.”

Upon arrival Nana grows increasingly stubborn and picky, while Cary juggles the logistics involved in bringing a close to a life that has spanned a century. As she navigates the frustrations of America’s broken health care system, Cary helps her grandmother sell the apartments she’s owned since the 1950s, and then patches up the tumultuous relationship between her grandmother and father.

But “Ladysitting” is not just a caregiving memoir; it’s also a dive into Cary’s own history — one in which her family immigrated from Barbados to America, then endured the oppression of the South, where “Jim Crow laws and lynchings made sure that every gain would be paid for in blood and money,” before settling in Philadelphia. As Cary untangles her family’s past, she questions if she made the most of all the opportunities her ancestors’ struggles afforded her.

What resonates loudest in “Ladysitting,” however, is the love that Cary gives back to her grandmother, even as caregiver’s fatigue sets in. She makes her breakfast every morning (“with precise care, two eggs over easy, two Jimmy Dean maple-flavored sausages, a slice of buttered raisin toast, a glass of orange juice, and a cup of coffee”). She helps mail in her vote for America’s first black president, in a race Nana followed with much excitement — a final feeling of hope before she dies. Cary shows the ugly, exhausting side of caregiving, but she also shows how the hardship bespeaks something more powerful: unconditional familial love. 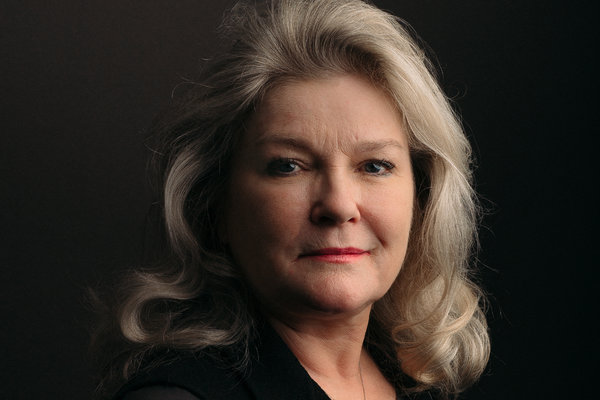 In Kate Mulgrew’s poignant new memoir, “How to Forget,” the actress most famous for her roles as Capt. Kathryn Janeway on “Star Trek: Voyager” and Galina “Red” Reznikov on “Orange Is the New Black” explores the pain, sorrow and even humor she experiences while caring for both of her parents.

Mulgrew, the author of an earlier family memoir, “Born With Teeth,” divides this book into two parts: The first focuses on her father’s relatively quick death from Stage 4 lung cancer, and the second on her mother’s much more protracted, harrowing fight with Alzheimer’s. With each diagnosis Mulgrew takes a break from her flourishing acting career and returns to her family’s 40-acre estate in Iowa, where she’s faced with the daunting task of managing her parents’ disintegrating health, while also exploring her loving but complex attachment to each.

Her father, Tom, is the trickier of the two for Mulgrew to connect with. A shy, generally aloof functioning alcoholic, he never fully accepted Mulgrew’s career, thinking actors were, in her words, “an unsavory and unwholesome breed.” But a couple of heartwarming anecdotes reveal her father’s underlying love for her, like when he drives Mulgrew to Milwaukee for a theater program audition, and, after she’s rejected, buys her a lavish steak dinner.

Since Tom elects to forgo radiation and chemotherapy, the care she provides him is palliative, making him comfortable and allowing him to drink his remaining days away, until he slips into a coma and is eased into death.

Part 2 turns the focus on her mother, Joan. Mulgrew inherited her mother’s affinity for the arts, and Joan encouraged and supported her daughter’s interest in acting. What formed was a relationship more closely resembling a friendship than a parental bond.

When Mulgrew was a child, Joan sneaked her out of school to go to the movies, and confided in her about her affair with the local priest. When Mulgrew’s theater career began to take off, Joan would fly to New York or Los Angeles to spend time with her daughter, while her father preferred to stay at home drinking and working on his crossword puzzles.

Mulgrew depicts her warm, charismatic mother so vividly that the reader’s heart breaks along with Mulgrew’s when Joan starts slipping away because of her disease. Alzheimer’s transforms her from a vibrant artist and socialite (who once worked for and vacationed with the Kennedys) to a stranger in her own body, her mind unable to grasp the past or present. As Joan declines, Mulgrew recounts the first time her mother wet herself, her increasingly erratic behavior (like when she asks for a tour of a stranger’s house), when she started mistaking Mulgrew’s brother, Sam, for Jesus, and — possibly the saddest memory of all — when her mother could no longer recognize any of her children at Thanksgiving dinner.

Though both sections of Mulgrew’s memoir build to painful goodbyes, “How to Forget” is more than just a sad play-by-play of illness and decline. It’s a beautiful portrait of a daughter’s love for her parents, packed with sharp, amusing recollections, all told with love.

Dan Marshall is the author, most recently, of “Home Is Burning.”