The Irish writer Kevin Barry’s novels breach their levees, and wonderfully so: an epic noir fantasia set in the mid-21st century, a fearlessly inventive and intimate imagining of John Lennon, the time-hopping reminiscence of two very hard-living friends. His short stories — this new collection, “That Old Country Music,” is his third — are more traditionally contained. What connects the novels and the stories is Barry’s style, a nervy mix of high poetry and low comedy that he applies with unceasing vigor.

If you’re fond of sentences like “The sun was setting,” you’re free to leave now. Barry won’t watch evening fall with so little effort. “The late October day was peeled and cool,” he’s more likely to write. “The light was miserly by 6, the last remnants clawed in weak scratches across the sky.” Or: “All across the silver hills in the east the cold spring night lovelessly descends.” 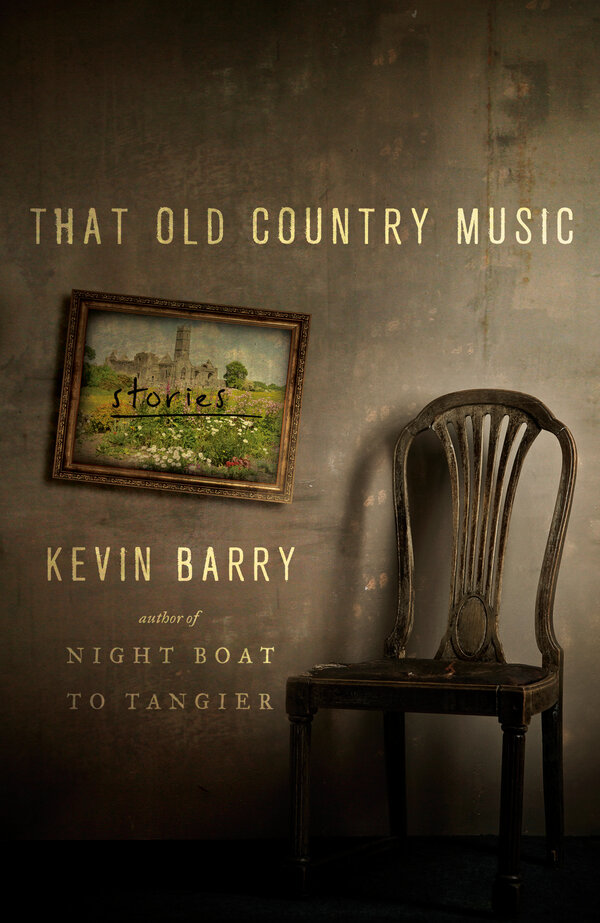 In the opener, “The Coast of Leitrim,” a lonely 35-year-old named Seamus falls in love with Katherine, a Polish woman who works at the cafe he frequents. He’s encouraged when he finds her Instagram account and sees her artfully posing in one picture with a box set of Eric Rohmer’s films. He asks her out and they develop a romance, but it turns out that Seamus, who has had a hard life, “could handle just about anything, he felt, shy of a happy outcome.”

In “Deer Season,” a 17-year-old girl wants to lose her virginity before her imminent birthday, and sets out to do so with a stranger, a man “maybe in his 30s” whom she has seen walking by the local river. Posing to catch his attention one day, she hopes that her gray cardigan, which “might seem a little nunly,” is intriguingly set off by the death-haunted cover of the Roberto Bolaño book she holds. She wanted sex “to happen quickly and then to be done with the whole unfathomable business,” and when it does “it just seemed badly designed, fiddly, a contrivance, a make-do job (as her father might say).”

The relationships in these stories take unexpected turns. Barry’s characters tend to befuddle one another and themselves. In “Roma Kid,” a 9-year-old girl runs away from the “asylum park” where her family is being kept and develops an unlikely friendship with a hermit in the woods. The story’s timeline accelerates, breathtakingly, in its closing paragraphs. In the last story, Barry puts himself in the unlevel mind of the American poet Theodore Roethke during Roethke’s time in an Irish psychiatric hospital in 1960.

When a writer travels to visit his dying uncle in “Old Stock,” Barry drops an arresting nine-word description of mortal descent as an aside: “When he could get the words out, in these final hours, they came in quick lucid rushes — he was on his last visits back to himself — and he spoke most of old jobs, old adventures.” The very next line demonstrates the speed with which Barry moves between pathos and humor: The uncle says, in phrasing unprintable here, that he once had sex with a nun in a town called Moose Jaw.

This is a short book, and even still there are two or three stories that don’t quite swing. And there are inevitably moments when Barry is too lyrical by half, though it’s easy enough to write off such moments as the cost of his gift. One of his lines about Roethke may as well be describing himself: “Brokenheartedness is the note that sustains always and this he can play at will.”