A tweet that’s haunted me (and there are many) is one that reads, “Most of sex is committing to the bit.” Good sex, yes, is full of tacit and explicit agreements, the central one being sex itself — the veil that can be drawn over partners, the temporary worlds built together, the setting of the stage.

I thought of that tweet often while reading “Kink,” a new anthology of short, sexual fiction compiled by R. O. Kwon, the author of “The Incendiaries,” and Garth Greenwell, the author of “Cleanness.”

“Kink” is not quite erotica. Ostensibly, it’s more about the transformative nature of kink as a practice, and the different modalities — kink as anticipation, as communication, as processing, as a mind-eraser, as an anchor, as a code, as freedom — it can unleash. The collection contains a diverse selection of writing (races, ethnicities, gender identities and sexualities of all types are represented) but, strangely, its portrait of kink itself is relatively uniform (nearly all the stories take kink to mean B.D.S.M.). As Kwon and Greenwell write in the introduction, the book serves to “recognize how the questions raised in intimate, kinky encounters — questions of power, agency, identity — can help us to interrogate and begin to rescript the larger cultural narratives that surround us.”

At times reading “Kink” felt like having a mirror turned on me. In my reading, I kept thinking: “What is kink, anyway? Do I participate?” I put down the book, texted friends, revisited memories. Ultimately, this seems to be the collection’s point: to prompt a revisitation of the transgressive, a consideration, or insertion, of the self. 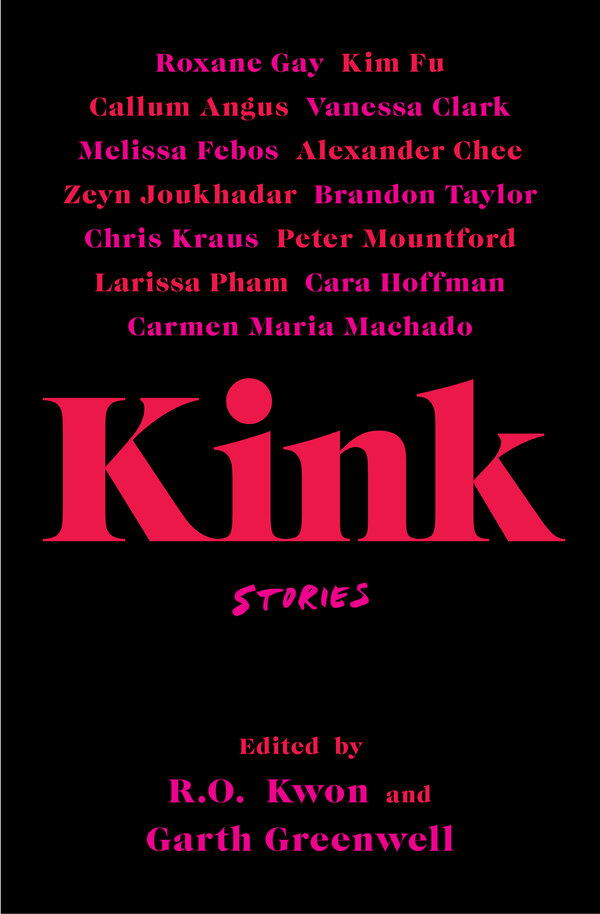 Alexander Chee, in a story about a successful Friendster date, writes movingly about kink as a measure of progress, the first step toward yourself. At one point in the story, the protagonist thinks of his ex-boyfriend, who had asked to be tied up: “He wanted me to be someone dirtier and more aggressive than I was then. He wanted me to be the person I felt myself becoming now.” The now is with a new man, revisiting kink, fuller and readier than before.

Vanessa Clark’s story about sex in a “drag transsexual nightclub” is at the same time deeply romantic and deliciously filthy, prompting my favorite line in the anthology, a description that, days later, I can still feel on my tongue.

And in the last story, called “Emotional Technologies,” Chris Kraus makes the case for the inherent performance of kink, writing about the “experimental theater” within sadomasochism. “In a disembodied floating space, S/m offers little pockets of theatricality and connection. So long as they are playing, two people are totally accountable and listening to each other.”

Some stories, like handcuffs, are sturdier than others. Many are flimsy and ineffective, relying too much on an obvious exchange of power, or keeping the concept of kink on too short a leash. Other people’s dreams are rarely interesting to hear; the same holds true for listening to other people’s kinks, at least in this collection.

Still, stories by Roxane Gay and Brandon Taylor each stayed with me after reading: Gay elegantly writes about the depths — the emotional plunge — of kink; Taylor wittily moves through its complications.

Garth Greenwell wrote the only story, for all my sexual aptitude, that made me squawk out loud. His story, a sprawling, moving, upsetting, confusing, exciting tale of submission, domination and resolution, portrays the hunger that we all must feed — through kink, through sex, through whatever intimacy works for us. “Who knows why we take pleasure in such things,” Greenwell writes, about a certain sex act, but also about sex — kink — intimacy — itself. “It’s best not to look into it too closely.”