Lee Bennett Hopkins, who in scores of anthologies he edited as well as in his own writings used poetry as a tool to teach and fire the imaginations of young readers, died on Thursday Aug. 8 in Cape Coral, Fla. He was 81.

His husband, Charles Egita, said the cause was chronic obstructive pulmonary disease.

Mr. Hopkins was famed in the children’s book world for championing poetry as well as for the sheer volume of his output. Beginning in the late 1960s he published more than 100 anthologies over a half-century.

There were volumes on particular subjects, about animals, space, inventions, art, punctuation, the different people youngsters were likely to encounter when they began attending school. He drew on writers known mostly within the children’s literature universe and on household names like Carl Sandburg, Langston Hughes and E. E. Cummings. 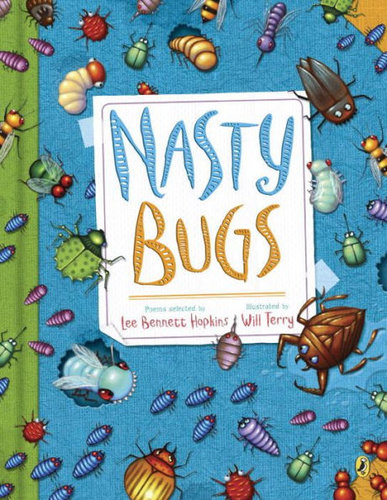 And he wrote poetry himself, often slipping one of his works into the anthologies he edited. For instance, his “Nasty Bugs,” a 2012 anthology illustrated by Will Terry, included his own “Ode to a Dead Mosquito”:

You of little brain
didn’t you know
I felt your sting
the instant you
began to drain?

Other books were entirely his poetry, including “City I Love” (2009; illustrated by Marcellus Hall). Among the most ambitious of these was “Been to Yesterdays” (1995), a series of no-nonsense poems about his early childhood that covered difficult subjects like divorce:

When
Daddy
left us,
he left his
bedroom slippers
beneath the sink
on the bathroom floor.
When
Mama put them
in the giveaway bag
for the poor,
I knew
this time
Daddy
had gone
out the door
for good.

Whether somber or silly, poetry could reach children in a particularly powerful way, Mr. Hopkins believed.

“I began my career as an elementary-school teacher in New Jersey,” he told NPR in 2018, “and my work in poetry was really influenced by children I was teaching. I found that using poetry with them was a very miraculous thing, particularly with slower learners. Poems are usually short, vocabulary simple, and I’ve always maintained that more can be said or felt in eight or 10 lines than sometimes in an entire novel.”

Mr. Hopkins was born on April 13, 1938, in Scranton, Pa. His father, Leon, left the family when he was young; his mother, Gertie (Thomas) Hopkins, held an assortment of jobs.

He received a bachelor’s degree in education in 1960 at Newark State College (now Kean University) and later earned a master’s degree at the Bank Street College of Education in New York. He was teaching sixth grade in Fair Lawn, N.J., in the early 1960s when he was struck by the possibilities of using poetry as a learning tool.

Later in the decade, working as an editor at Scholastic, he began thinking about anthologies. One of his first was “Don’t You Turn Back: Poems by Langston Hughes” (1969).

Mr. Hopkins argued that poetry could be incorporated throughout a school curriculum, an idea he set down in “Pass the Poetry, Please!,” published in 1972 and reprinted several times since.

His anthologies sometimes drew on existing poems, but he often solicited new poems on specific topics. That was the case with “Nasty Bugs.”

“People like the wondrous X.J. Kennedy must have thought I was a wee crazy asking him to do a verse on the Colorado potato beetle — but he did,” Mr. Hopkins told the website twowritingteachers.org in 2012.

Light verse, though, was not his main passion, he said; he was more interested in exposing young readers to weightier subjects and feelings. He did so in “America at War,” a 2008 anthology illustrated by Stephen Alcorn, with poetry from conflicts beginning with the American Revolution.

“The focus is not solely on the atrocities, bloodshed, and gore that come with battles,” he wrote in the introduction. “What is emphasized is the emotional impact — the torment, grief, and angst that men, women, and children feel as war becomes part of their present-day lives, their future and forever-afters.”

In addition to Mr. Egita, whom Mr. Hopkins married in 2014 and had been with for 50 years, he is survived by a brother, Donald, and a sister, Donna Hopkins Venturi. 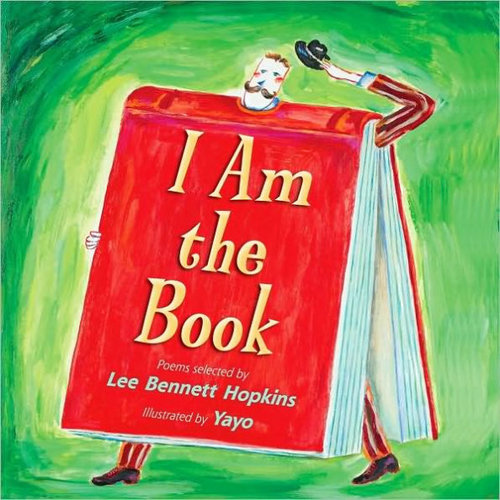 In “I Am the Book,” a 2011 anthology of verses related to books that was illustrated by Yayo, Mr. Hopkins included his own “Poetry Time,” a succinct argument in favor of making space for poetry:

Neil Genzlinger is a writer for the Obituaries Desk. Previously he was a television, film and theater critic. @genznyt • Facebook