Author Lee Child needs a hero. And this time he’s going large. “We are going for the biggest guy you’ve ever seen,” he promises. “I don’t know where we’ll find him.” Because the boots he needs to fill belong to his much-loved character, Jack Reacher. He is looking for the impossible: a hunk big enough, but also smart enough, to play the part of a 6ft 5in, 250lb, ex-military cop whose adventures are about to feature in an Amazon Prime TV series scheduled to begin shooting later this year.

Titchy Tom Cruise, who starred in two movie adaptations, including Never Go Back, is no longer in the picture.

Lee Child listens to his readers. They cried out for someone more physically imposing. More of a colossus. So that is what they are getting. Auditions are open now. Only extremely tall, brutal-yet-compassionate vigilante types armed only with a folding toothbrush need apply to Lee Child, Upper West Side, New York.

The Brummie-born writer used to be an outsider, massively successful but looked down on by the literati. So is he now in ­danger of becoming part of the literary establishment? When I dropped in on him recently at his spacious New York apartment, he had just been invited to sit on the judging panel for next year’s Booker Prize.

Not long before that, he was awarded a CBE for services to literature. About the same time he finished writing this year’s instalment in the adventures of Jack Reacher, Blue Moon, the 24th book in the series, out this October.

So I can’t resist pitching him a cheeky question from one of his readers.

“Lee,” I say, “Sam from Bigfork, Montana, would like to know, ‘If you had had a better education, do you think you could have been a serious novelist like Martin Amis?’”

The important thing to bear in mind about Lee Child is that he is not Jack Reacher. Maybe an inch or two shorter and a lot slimmer and lighter. But he is just as tough and unyielding. “I had a great education as a matter of fact,” he retorts. “Poor Martin was stuck in Oxford, I had the advantage of Birmingham. But however educated I was, is there a better novel than a thriller? I don’t think so.” 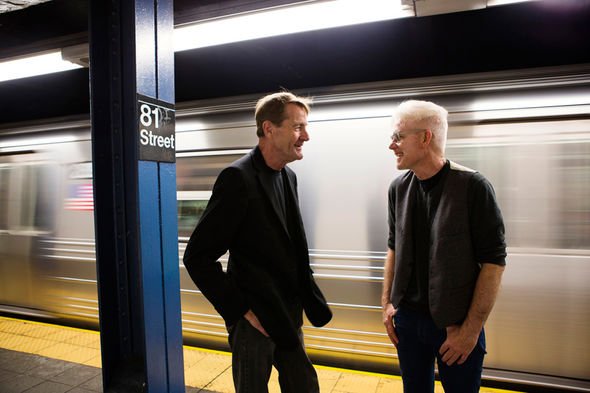 Like Reacher, Lee knocks back between 20 and 30 mugs of black coffee a day. So the first thing he does when I arrive is put the coffee on. We sprawl on his enormous sofa, overlooking Central Park. He is relaxed about being a “popular bestseller”. “Why on earth would anyone want to be an unpopular worst-seller?” he says.

For Lee there is no conflict between quantity and quality. He’s sold about 200 million books but takes pride in every single one of his short sentences.

“I’m 100 percent commerce and 100 per centcraft,” he says. He doesn’t even bother plotting his stories, just dreams it up as he goes along. Makes it look easy.

A lot of people would like to know the secret to writing a bestseller. “It’s an ­instinctive thing,” says Lee. “G K Chesterton said that Dickens didn’t write what the audience wanted: he wanted what they wanted. That is the key to being a ­popular author: you have a facility for ­writing but you’re just a completely ­ordinary person, like the mass of your ­readers. So that what is on your mind is on their mind. It’s as simple as that.”

But a great hero helps. Jack Reacher roams the United States, righting wrongs, with nothing but the clothes on his back and the aforementioned toothbrush. No baggage. No car. He hitches or takes the bus.

Lee Child can afford to travel first-class if he chooses to (or buy the plane), but in New York he still takes the subway. And ­follows Aston Villa from afar. 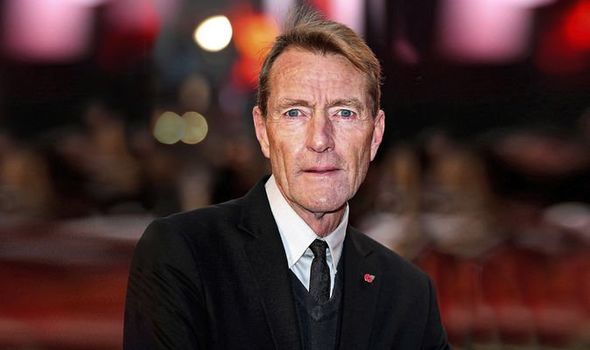 Born Jim Grant in Coventry in 1954, he reinvented himself as Lee Child in 1995 after he was sacked from his job at Granada television. His rise to number one status has coincided with the domination of the crime/thriller genre.

Beyond the sheer escapism, Lee offers a subtle psychological explanation for why the thriller has become so popular.

“Normal lives lack any kind of closure or conclusion,” he says. “Problems usually rumble on for years and never get sorted out. Whereas with crime fiction or the thriller it will be extremely high stakes but order will be restored by the end of the book.

“People love that – that a problem can be solved comprehensively and dramatically in a reasonably short time – because it’s what they don’t get in real life.”

I can’t help wondering if we don’t all want some kind of saviour figure too, like Reacher. 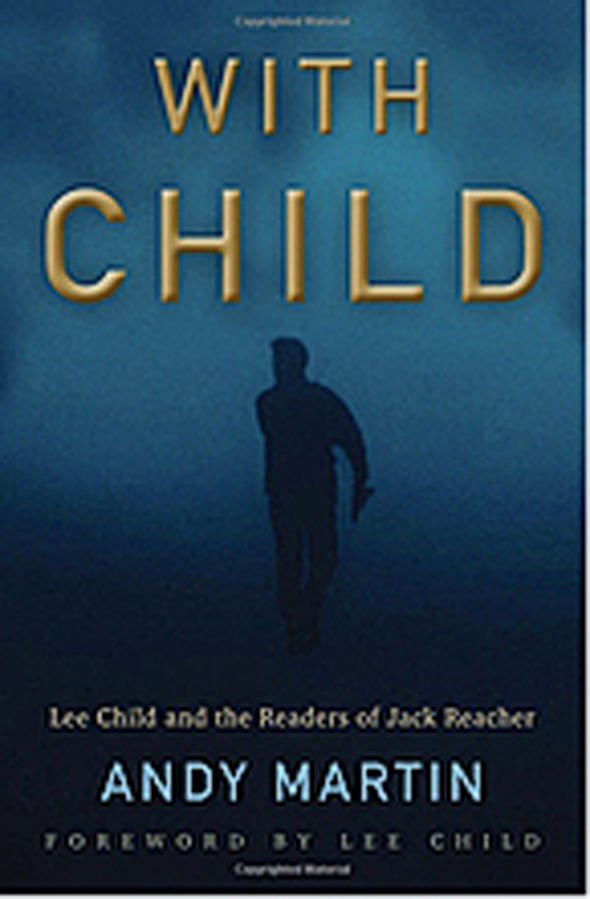 I almost say “old Reacher”, because he must be getting on a bit now. Not exactly a senior citizen perhaps but close.

“It’s a tough question for a series writer,” admits Lee, “because you can’t start when he’s eight years old. You can’t have ‘Jack Reacher, boy detective’. You’ve got to start when he’s already a fully formed adult. In Reacher’s case he was 36.” So how old is he now? “Well, he’s not 24 years older than when he started out, but he must be in his 50s. I’m trying to be ­honest about ageing, while still having a vigorous attractive thriller hero. He can’t be using his aluminium walker to get around, he can’t be wearing Depends [incontinence pants].”

At 64, Lee sometimes thinks of ­retirement. Is there any chance Reacher could come to a sticky end one of these days? Could Lee be planning to bump him off?

“I set out to write 21 novels,” he admits. “Then they offered me a contract for another three for a ridiculous amount of money so I thought I’d ­better keep going.

“I used to think Reacher would die heroically, but I reckon if I kill him off readers will be baying for blood – mine!” I follow Lee into the office at the back of his ­apartment where the novels get written. I spent the best part of a year sitting on the couch here looking over Lee’s shoulder while he wrote one of them. 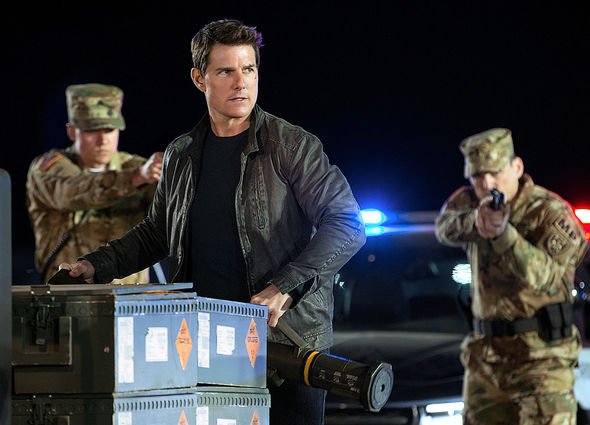 He smokes a packet of Camels a day and lights up when he sits at his desk. I make some crack about involuntary inhalation. “At your age you ought to start smoking,” he laughs.

“By the time any deleterious effects kick in, you’ll be dead anyway.”

I probably won’t apply for the part, but every now and then I’m tempted to come out with the classic Reacher line: “You can walk out of here – or they can carry you out in a bucket.” The thing I always wonder with Lee is: Could I take him or could he take me? He’s in good nick. He’s had his share of fist fights. And he’s the man who’s taken down hundreds of bad guys in the brawls he’s crafted for Jack Reacher.

“You’re a southern softie,” he says, with his usual sublime confidence. “I might let you live.”

With Child: Lee Child And The Readers Of Jack Reacher, by Andy Martin (Polity Press, £12.99) is out September 6. For free UK delivery, call Express Bookshop on 01872 562310, or send a cheque/PO payable to Express Bookshop to: Reacher Offer, PO Box 200, Falmouth TR11 4WJ or visit expressbookshop.co.uk 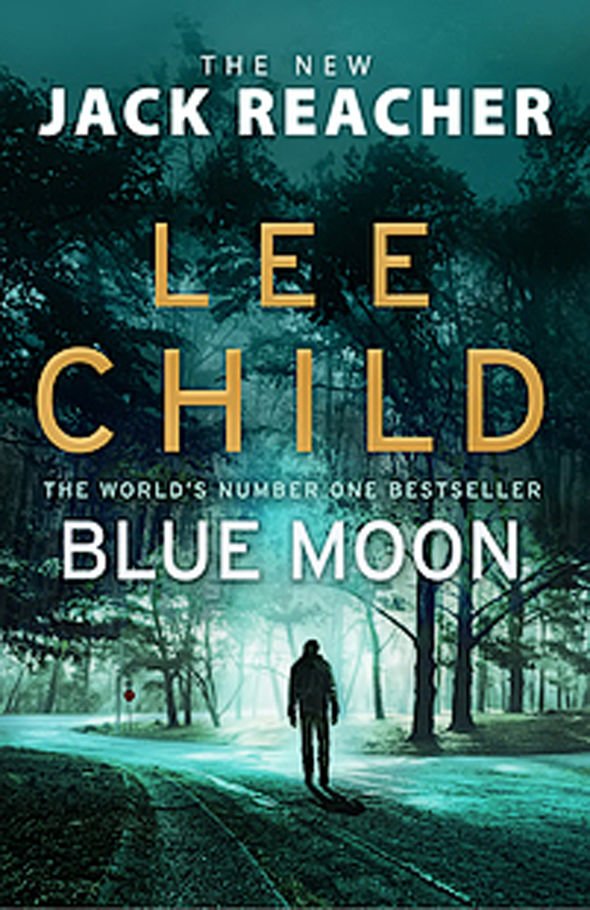 HEAD-BANGER GETS A WHOLE NEW MEANING

Blue Moon finds Reacher on a Greyhound bus. Unlike any normal passenger, he has no idea where he is going. But he knows when he has to get off. There is an old guy with a big wad of notes sticking out of his jacket pocket and a young guy with a goatee beard who is planning to mug him, given half a chance.

Reacher deals with the problem in his usual brusque and brutal way. But why is the old man carrying so much money?

The mystery draws Reacher into a classic stand-off reminiscent of a spaghetti western in an anonymous American town.

One side of main street is ruled by a Ukrainian gang, the other side belongs to the Albanians. They occasionally clash, but otherwise there is almost-peaceful co-existence. And then Reacher sticks his big boots (and fists) right in there and nothing will ever be quite the same.

He roams around town, sowing confusion and dispensing summary justice, teaming up with a vengeful waitress, an ex-tank commander, and a rock band. And Reacher gets his hands on a guitar too. But he gives a whole new meaning to the phrase “head-banger”.

● Blue Moon is published in October